Jack the Ripper and Serial Killers: What's the Cultural Appeal? 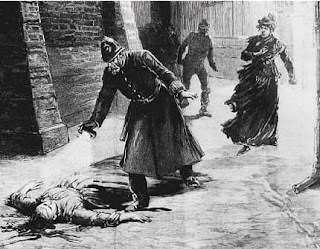 It is human nature to be fascinated with morbid things. Stories of serial killers and heinous crimes have captivated audiences for hundreds of years, whether it's depicted in books, movies, or television. We are a society fixated on crime, which is why we tune into the news every day or read the paper. Crime sells, and nothing sells better than gruesome tales of murder.

So what is the cultural appeal with serial killers? Why would a just and moral society have such a fascination with despicable crimes and the misanthropic murderers who commit them? The answer lies in the very question. We are a society that believes in justice, a society of people who hold dear the precepts of law and order. Yet within us burns a primal desire to kill, which has been suppressed by thousands of years of religious and social standards.

Serial killers appeal to us because they have acted out many of our fantasies. As much as we value the sanctity of human life, we have all at one time or another fantasized about the act of murder. Some of us fantasize about murder, not in a serious way, but as a psychological response to stress and anger. We feel better after entertaining grizzly thoughts, even though we would never act upon our primal impulses. It is our brain's way of letting off steam. Some of us, in a moment of daydreaming, have thought about ways to commit the perfect murder; which method they would use, how they would dispose of the evidence, and how they would avoid being caught. Psychologists tell us that this is normal, for it is how humans are mentally wired.
Yet sometimes the mental wiring is faulty, and people turn into serial killers. We are more fascinated with serial killers than those who have murdered out of anger or passion because serial killers have an element of emotional detachment. This lack of anger or passion is what fascinates us, because our own murderous desires are rooted in emotion. When a normal person entertains murderous thoughts, it is usually directed at someone who has wronged us: an unscrupulous employer, a cheating lover, a liar, a thief. This is not how a serial killer's mind works. We marvel at the idea that a human being can kill repeatedly with a total lack of emotion.

The cultural appeal of serial killers has spanned centuries, and will continue for as long as mankind endures. This appeal does not mean that we are monsters, or potential killers. On the contrary. For it is when we stop being fascinated by crime, when killing fails to arouse feelings within us, that we should be concerned.