Strange History: The day a banana destroyed a barbershop 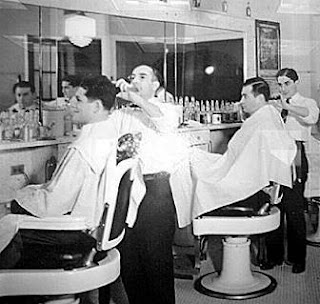 Here at JOTB we love hearing all kinds of strange stories, whether they happened today or a hundred years ago.  Here is an interesting story which appeared in North Dakota's Bismarck Tribune in 1892.


OTTUMWA, Iowa, June 25.:  An explosion occurred at the fruit store of A. Trantnella which blew out the front of his store and that of the adjacent building, stunning the occupants of both. The explosion was caused by a gasoline stove which was used for ripening bananas in the basement. All the occupants were prostrated and considerably bruised and had a narrow escape from the flames which immediately enveloped the place. The force of the explosion was such as to hurl J. Grammars against the adjacent wall and elevated Conrad Keim from the barber chair into the middle of the room.