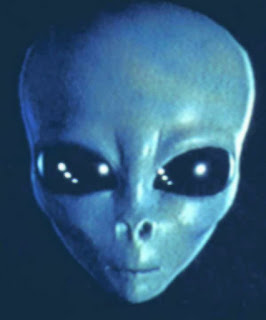 Editor's Note: This is an interesting first-hand account of sleep paralysis by JOTB regular contributor Marlin Bressi, whose opinions challenge the theory that a connection exists between sleep paralysis and paranormal activity.  In fact, Mr. Bressi is the only person (that we know of) who claims to be able to induce sleep paralysis at will!

The first time I experienced sleep paralysis as a young adult, I was convinced that I had experienced a paranormal occurrence.  To the uninformed, it is a scary experience; you are awake, yet you cannot move your limbs, and this phenomenon is often accompanied by distortions in hearing and vision which produce an eerie feeling.  In fact, anyone who has ever read or seen anything about UFO abductions will immediately link the characteristics of alleged UFO abduction and sleep paralysis.  The symptoms are astoundingly similar in both cases.

In order to produce this phenomenon all I have to do is sleep on my right side, and it often happens between 2 am and 3am.  I believe that during this time, my body is "suspended" between sleep and consciousness; my body is telling my brain that I am asleep, but my brain is confused and cannot immediately differentiate between being asleep and awake.  The onset of sleep paralysis is characterized by a certain noise in my ears which sounds like a waterfall or "white noise".  It sounds very much like static, and after 20 years of experiencing this I know that if I relax just a little bit I will descend into sleep, but if I maintain my level of mental alertness I can willfully induce sleep paralysis.

After the rushing noise in my ears (I believe this is actually the sound of blood entering or leaving my brain which I am hearing), I next feel as though an unseen being is holding me down, and this is accompanied sometimes by the flashing of lights, the distortion of shapes, and strange indistinguishable voices.  At this point I am in complete physical paralysis and cannot move.  For the first five or six years, I was unable to control the phenomenon, but by keeping a detailed journal of my experiences I have gradually learned how to control and even enjoy them.

Each time this happens, I attempt to move.  After years of practice I can move my body, but as it turns out this is only in my dream state.  While paralyzed, I have rolled myself out of bed and stood up...while feeling that each of my limbs weighs hundreds of pounds.  Surprisingly, however, those who have witnessed my sleep paralysis have said that during the time I felt I was crawling across the floor, I was motionless in bed.  So my deliberate movements were all inside of my confused brain, even though they seemed to be linear with the paralysis.  Therefore I believe that by inducing sleep paralysis at will, one can gain a better understanding of the phenomenon, and as the experience is demystified it becomes quite evident that this occurrence is nothing more than part of the human body believing itself asleep while other parts of the human body believing itself awake.

My theory is that this is an evolutionary response designed to prevent us from walking or wandering in our sleep.  It's the body's way of keeping us in one place while we sleep to reduce the risk of bodily injury.  I have often wondered if people who are chronic sleepwalkers have somehow lost the physical ability to produce involuntary sleep paralysis, and I have often wished there would be more research into this matter because it is immensely fascinating.
sleep paralysis UFOs