Is the Book of Mormon a Hoax? (An Overview of the Spalding-Rigdon Theory) 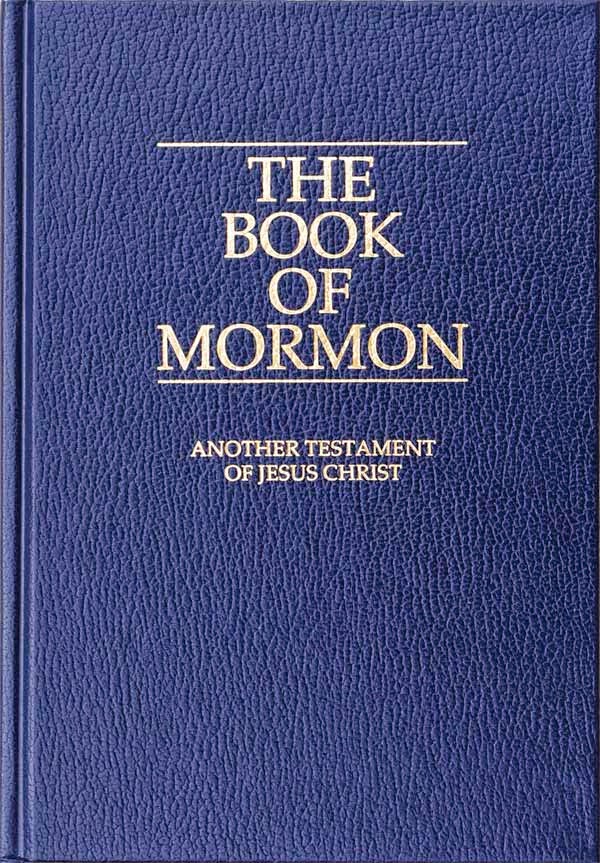 Spalding was born in Ashford, Connecticut in 1761.  After serving in the Continental Army during the American Revolution he enrolled in Dartmouth College, graduating in 1785.  He then became an ordained Congregational preacher and, after getting married, relocated to Ostego County in New York where he opened a general store with his brother.  A few years later Spalding purchased land in Conneaut, Ohio, becoming one of the town's first settlers.  Spalding began writing Manuscript Story while living in Conneaut, and his novel is a fictionalized account of the mythical race who journeyed to the New World.

Two years after the Book or Mormon was published, two Mormon missionaries came to Conneaut in order to preach the teachings of Joseph Smith.  These missionaries, Orson Hyde and Samuel H. Smith, held prominent positions within the Church of Latter Day Saints.  Samuel H. Smith was one of the eight witnesses who saw the Golden Plates discovered by Joseph Smith in Manchester, New York, on September 22, 1823.  Orson Hyde was not among the eight witnesses who saw the plates, but he was an original member and president of the Quorum of the Twelve Apostles, which was the governing body of the Latter Day Church.

In 1832, while Hyde and Smith preached from the Book of Mormon, a resident of Conneaut named Nehemiah King observed that the Book of Mormon and Spalding's novel were suspiciously similar.  Even though Spalding had died sixteen years earlier, King, along with Spalding's widow and several other Conneaut residents, signed affidavits stating that the Book or Mormon was based on Solomon Spalding's Manuscript Story.  These affidavits probably would not have been signed if not for Doctor Philastus Hurlbut, an anti-Mormon activist whose collection of affidavits led to the publishing of Eber D. Howe's Mormonism Unvailed, which sought to discredit Joseph Smith and the Book or Mormon.

It has been speculated that Doctor Hurlbut ("Doctor" was his given name, not a title) had a personal vendetta against Smith and the Church of Latter Day Saints.  Hurlbut was a Mormon at one time, but was excommunicated on grounds of "sexual immorality".  An author named Benjamin Winchester, who was also an early  leader of the Latter Day Movement, published a book in 1840 blasting Hurlbut, his affidavits, and his championing of Spalding.  In Winchester's smear campaign against Hurlbut, he alleges that Hurlbut was also expelled from a Methodist congregation for "unviruous conduct with a young lady".  Winchester goes on to imply that Hurlbut was a lecherous skirt-chaser who made a habit out of seducing young women.  Oddly, Winchester himself fell out of favor with the Mormons some years later, and eventually joined the anti-Mormon crusade started by Doctor Philastus Hurlbut, the very man he condemned in his 1840 book.

The name given to the argument against Mormonism is the Spalding-Rigdon Theory, whose adherents believe that a man named Sidney Rigdon was the true author of the Book of Mormon.  The Spalding-Rigdon Theory claims that Sidney Rigdon, an early leader of the Latter Day Movement, met Spalding's publisher in Pittsburgh and obtained a manuscript originally written by Spalding.  Rigdon then allegedly added a theological component to the manuscript, thus creating the Book of Mormon.  This could have been possible, because Spalding left Conneaut and moved to Pittsburgh in 1812.  At the time, Rigdon was living in St. Clair Township, only ten miles away from Pittsburgh.

Those who believe in the Spalding-Rigdon Theory point out these similarities between Manuscript Found (not to be confused with the later revised version published under the name of Manuscript Story) and the Book of Mormon:

• During the crossing of the ocean, the settlers in both books are nearly capsized by a storm

• In both books, tribes are instructed to avoid intermarriage

•Fortresses described in both books are constructed with identical methods

• A messianic figure appears to the people of both books, whose teachings usher in an era of peace


In 2008, Matthew Jockers from the Department of English at Stanford University published a paper entitled Reassessing authorship of the Book of Mormon using delta and nearest shrunken centroid classification, after a computer analysis which compared the Book of Mormon to the novel written by Solomon Spalding.  This analysis showed that the most likely authors of the Book of Mormon were Spalding, Rigdon, and Oliver Cowdery, who was one of the witnesses of the Golden Plates.  Cowdery was the scribe who assisted Joseph Smith in the translation of the plates into the Book of Mormon.  Like Smith, Cowdery also claimed to have visions of the Golden Plates before they were discovered.  In the early days of Mormonism, Smith has named himself "First Elder".  The title of "Second Elder" went to Cowdery, and Sidney Rigdon (viewed as Smith's spokesperson) was appointed Assistant President of the Church, a position Rigdon held until his excommunication in 1838.  Though Smith is credited as being the founder of Mormonism, Cowdery is every bit as important to the development of the Church of Latter Day Saints.  In fact, Smith and Cowdery baptized each other in the Susquehanna River in 1829.
Book of Mormon Spalding-Rigdon Theory