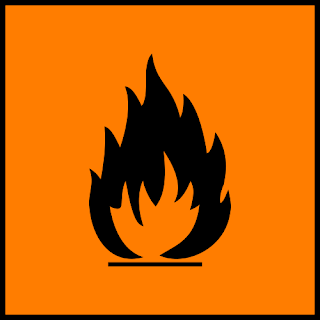 Lyn Hiner wasn't a lair, but that still couldn't prevent her pants from catching fire.  The California mother is recovering from second and third degree burns which were the result of a bizarre incident which took place on a beach not far from Camp Pendleton Marine base last week.  Authorities believe that rocks are the culprit.

Hiner and her daughters were walking along southern California's San Onofre State Beach when one of he girls collected a few green and orange rocks.  Ms. Hiner placed the rocks in her pocket and wasn't expecting what happened a few hours later- her shorts burst into flames.  "There were actual flames coming off of her cargo shorts," explained Orange County Fire Authority Capt. Marc Stone, in an interview with ABC News. "The husband was outside with a garden hose, actually trying to cool her leg down."

The Hiners were later taken to the Grossman Burn Center where Lyn recieved skin grafts as a result of the blaze, which burned through several layers of skin and into the fat.  Scientists investigating the matter believe that they have found traces of phosphorus on the rocks.  "It'll burn right through flesh, bone and skin," explained scientific author Dr. Michio Kaku, in regards to the properties of phosphorus, which is a common ingredient in household matches.

It is obvious that these "rocks" are man-made, because phosphorus is so highly reactive that it is never found as a free element.  Phosphorus has been used to make incindiary bombs during the first two World Wars, but it is unlikely that these types of weapons are being stored at Camp Pendleton.  Phosphorus is also used in the manufacturing of fertilizer.
Strange News