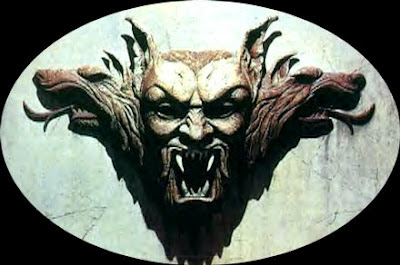 Bulgarian archaeologists recently excavated the graves of two skeletons believed to be vampires from the Middle Ages, a discovery which helps shed new light on the development of the classic vampire myth.

Bulgarian researcher Bozhidar Dimitrov explained that the two skeletons, found near a monastery in the coastal town of Sozopol, had been stabbed through the midsection with metal stakes.  Surprisingly, this was not an uncommon burial practice during the Middle Ages.

According to popular beliefs at the time, people who were deemed to be evil during their lifetimes were often stabbed in the chest with an iron or wooden stake prior to burial in order to prevent them from returning from the dead.  Dimitrov explained that the stakes were intended to keep the corpses in their graves and to prevent them from crawling out of the ground at midnight and terrorizing the living, a myth which was prevalent among the pagan cultures of the period.

Dimitrov also explained that over 100 skeletons impaled with stakes have been found throughout Bulgaria, demonstrating just how popular this fear of vampires was at the time.  The Bulgarian researcher pointed out that most of these "vampires" tended to be aristocrats and clerics, and that all of the impaled corpses were those of males.  'The curious thing is that there are no women among them. They were not afraid of witches," said Dimitrov, in a story published on June 6 by the U.K.'s Mail Online.