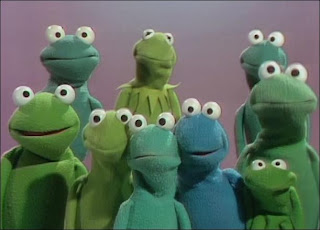 Every few months it's not usual to come across a story in the news about rainstorms which cause frogs, fish, snakes, and other animals to fall from the sky.  Those of a particularly religious bent may interpret these freak storms as some kind of divine omen, or perhaps a Biblical prophecy, while others doubt the veracity of these news reports and write them off as hogwash.  However, these types of storms do occur, and they have been taking place for as long as man has had the means to record history.

Surprisingly, science has been able to explain this phenomenon for quite some time.  Here's the explanation.

For a storm to cause a downpour of critters, a few things must take place.  First, there must be what meteorologists call a "waterspout", which is a tornado that forms over water, rather than on land.  Waterspouts are relatively common, and are the result of a high-pressure weather system before a thunderstorm.  Waterspouts are similar to regular cyclones in the sense that the swirling high-pressure cone creates a low-pressure tunnel within its center.  This low-pressure vortex acts like a vacuum cleaner, sucking up all manner of debris.  While heavier objects, like automobiles and trailer homes, may be deposited a short distance away from the spot where they were sucked from the ground, lighter objects such as frogs and fish, can be carried for several miles.

But how is it possible to rain down not just a handful of frogs, but hundreds or thousands of frogs?

If you've ever tried your hand panning for gold, you'll be able to understand how this process works.  The swirling action used by prospectors while panning quickly and easily filters particles by their mass.  Lighter materials are trapped in the pan's outer riffles, which the prospector discards.  As he continues to swirl his pan, the gold and other heavy material collects in the bottom of the pan.  The prospector is able to pan his way down to a concentrate of heavy black sand, in which he hopes to find gold.  In a cyclone, it is not the lightweight objects but the heavy objects which are "filtered" out.  As the waterspout travels across water and eventually across land, it deposits the heavier objects while continuing to suck up the lighter objects.  In other words, the more distance the cyclone travels, the more frogs it is likely to pick up.

As the cyclone loses its energy, the pressure level drops.  Since the cyclone picked up immense amounts of water as it formed, this water will have no choice but to fall from the sky (since it is not immune from the laws of gravity).  Since frogs and fish and other creatures are not immune from gravity either, they will also be part of the downpour.