Has the skull of famed outlaw Ned Kelly been found? 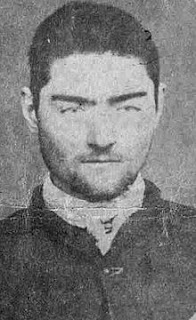 To the people of Australia, Edward "Ned" Kelly was either a cold-blooded killer or a folk hero, depending on one's point of view.  From the age of 14, Kelly pursued a life of crime as a small-time highwayman and robber, but it wasn't until Kelly and his gang killed three policemen that the infamy of Ned Kelly spread throughout the world.  Kelly's escape from authorities was a hot news story of the time, but it was his final standoff with police which turned him into a national symbol, elevating Kelly to the level of notoriety reserved for the likes of Bonnie and Clyde and Billy the Kid.

On June 27, 1880, the Kelly gang arrived in the tiny railroad outpost of Glenrowan, determined to sabotage the tracks in order to prevent pursuit by police train.  When the two police trains later arrived, Ned and his gang attempted to derail them, but to no avail.  The lawmen engaged in a shooting match with Kelly and his gang, who were dressed up in home-made metal armor and helmets, each suit of armor weighing nearly 100 pounds.  Kelly was wounded in the standoff, captured, and later convicted of three counts of capital murder.  He was hanged at Old Melbourne Gaol in November of 1880.


Ned Kelly's remains, which had rested in an unmarked grave, was identified by DNA researchers in 2011.  DNA research also proved that the skull which had been believed to belong to Kelly (on display at Old Melbourne Gaol), was not his at all.  Kelly's skull, which had been missing since at least 1929 (when the prison graveyard had been vandalized), has been a matter of much debate and speculation ever since.

On August 28, Australian newspapers have reported that Ned Kelly's missing skull has finally been found- in the possession of a 74 year-old practicing witch named Anna Hoffman.

Hoffman claims that she had come into possession of the skull nearly 30 years ago, after a chance encounter with a stranger during a family dinner in Australia.  The dinner conversation had (somehow) turned to the topic of human skulls, and the unidentified dinner guest returned the following day with a skull which he claimed belonged to the infamous Ned Kelly.  Hoffman, who has amassed a large collection of human skulls, has been the keeper of the supposed Kelly skull ever since.

The skull will be the subject of many DNA tests.  Deb Withers, spokesperson for the Victorian Institute of Forensic Medicine, has some doubts about the authenticity of the skull, telling the Herald News, "There is a chance that this is his head, although it is a long shot. That would be wonderful if it was. It's either out there somewhere or it has disintegrated into nothing."