Very few people would be surprised if they were told that certain mega-corporations like Walmart, Monsanto, BP, or Halliburton were "evil". In reality, some of the world's most villainous and diabolical companies are those which make products or offer services most people around the world love. Here are some examples of companies which seem harmless on the surface, but have a verifiable track record of pure unadulterated evil.

Regis Corporation: Equal Rights Amendment?  Can't say we ever heard of it. 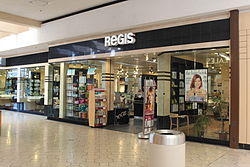 If you've ever gone to the mall or a shopping center for a haircut, then you've probably given your business to the Regis Corporation, a Fortune 1000 company which owns and operates thousands of salons under the name of Smart Style, Supercuts, Cost Cutters, Mastercuts, and Trade Secret. How can a company that offers budget-priced mullets to the American public be evil, you ask?

Well, let's look at recent lawsuits which have resulted in multi-million-dollar class action settlements due to religious and racial discrimination and labor law violations. In 2002, the company was ordered to pay $240,000.00 to six Hispanic employees who were fired for protesting the company's "English only" policy.  Regis also forked over $3.5 million in 2003 after it was discovered that salon managers in Florida were pressured to fire black employees. Federal courts in California and Kansas forced Regis to pay $4.1 million and $8.7 million, respectively, for the company's failure to pay employees who worked overtime. In 2007, Regis dodged a bullet when they were ordered to pay a mere $20,000 to a North Carolina woman who was fired for being a Jehovah's Witness.

Coca-Cola: Because nothing is more refreshing on a hot summer day than a bullet through the head. 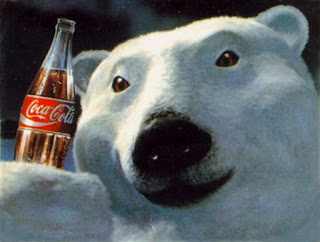 Between 1989 and 2002, eight Colombian Coca-Cola workers were killed after protesting the company's labor practices, while hundreds of other South American Coca-Cola employees have been assaulted and kidnapped after attempting to unionize. Perhaps Coca-Cola ought to consider replacing their lovable holiday polar bears with a rabid Uzi-toting grizzly. It would certainly be more accurate.

Nestle: Poisoning babies and selling children into slavery since 1980!

Since 40% of the world's cocoa supply comes from the Ivory Coast, it's no surprise that Nestle is the third-largest buyer of the nation's cocoa. What is surprising, however, is that despite international pressure for Nestle to stop using child labor, the company continues to partner with farms that have been known to "purchase" children from Mali for about $30 each (according to a 2001 investigation by Save the Children Canada).

Nestle is also responsible for manufacturing some of the world's most dangerous baby formula. In 2005, Italian police seized over 2 million liters of formula contaminated with isopropylthioxanthone, an ingredient which is about as natural as Donald Trump's hair. 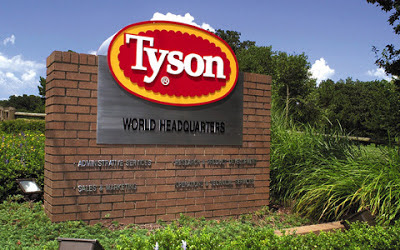 Tyson's documented abuse of animals is so heinous that it would make even Michael Vick flinch. However, animal abuse isn't what landed Tyson on this list. The company has been shown to knowingly releasing meat tainted with e. coli bacteria into the food supply...on not one, not two, but several occasions. A recent study has found that Tyson's chickens were shown to contain more salmonella and campylopactor bacteria than any other major brand. In other words, you're more likely to develop explosive diarrhea from eating a Tyson chicken than by drinking the water out of a Mexican toilet.

Ringling Brothers and Barnum and Bailey Circus: The Greatest Show on Earth (if you get your jollies from animal abuse)! 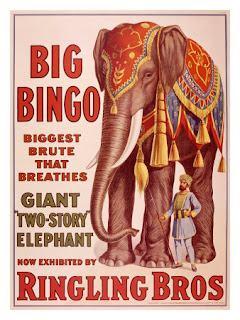 Ringling's documented abuse of animals is so heinous that it would make even the CEO of Tyson Chicken flinch. Elephants are routinely exposed to more smackdowns than Rihanna, and it has been reported that elephant handlers frequently use electric shocks and savage beatings with bullhooks to make these animals do their bidding.

Most people don't realize that Ringling Bros. is not only hazardous to animals, but to humans as well. In 1944, nearly 100 spectators lost their lives as a result of a big-top fire, which occurred because of the company's illegal use of non-flame retardant canvas.

On the bright side, at least Ringling Bros. have never contaminated Tulsa's water supply.

Caterpillar:  Bulldozing Palestine, one home at a time.

Perhaps the only entity worse for homeowners than Countrywide Home Loans is Caterpillar...at least if you're a Palestinian living in Gaza. Caterpillar supplies the Israeli military with the bulldozers that are used to demolish Palestinian homes. The main problem is that, in most cases, these homes still have people inside. In 2003, a Caterpillar bulldozer infamously ran over American peace activist Rachel Corrie, who was attempting to prevent the destruction of a Palestinian home.

Despite pressure from human rights groups around the world, Caterpillar refuses to stop sales of its bulldozers to Israel.