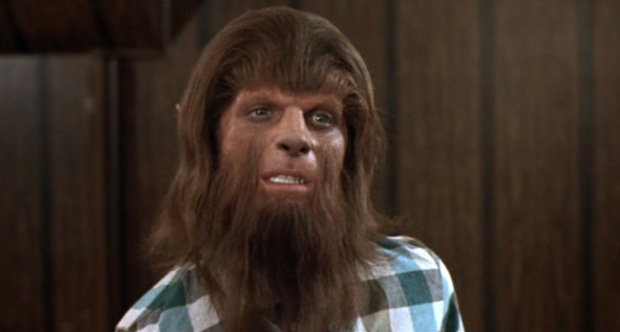 If Hollywood has taught us anything about werewolves, it's that they are scary, dangerous, and are often teenagers who like to play basketball. These lycanthropes are humans who have the ability to transform into wolf-like creatures during a full moon. Werewolves have superhuman strength as well as an incredibly developed sense of smell and hearing.

In other words, werewolves are not recommended as pets for children under the age of 12.

Of course, the best way to avoid a werewolf encounter is through prevention. Since a full moon usually occurs only once a month, this should be easy. However, at some time or another, you may find yourself walking down the street one night and, before you realize that there's a full moon, a hungry werewolf may already have sunk his fangs into your neck. This can certainly ruin your evening.

According to legend, the only way to kill a werewolf is by shooting it with a silver bullet. Unfortunately, this method was devised back in the day when the price of silver was relatively cheap. Due to inflation, silver bullets are cost-prohibitive to most of us. However, with a well-aimed shot, you may be able to disable a werewolf by shooting it with a silver BB. Due to their smaller size, silver BBs are a much more cost-effective. On the down side, you have to hit the werewolf in a vulnerable area, such as the eyes or reproductive organs.

A more effective approach may be to "cure" the lycanthrope of his or her werewolfishness, thereby returning the creature to a human state. There are many methods for doing this. According to German legend, a werewolf may be "cured" by calling him by his Christian name three times. This is potentially dangerous, however, as you may have to reach into the werewolf's pocket in order to find proper identification.

Before attempting to kill or cure a werewolf, it is very important to establish that the creature in question is indeed a werewolf, and not a sideshow performer working in a circus or carnival as a "Wolf Boy".

At first glance, "Wolf Boys" appear to resemble werewolves, but these are merely regular humans with a condition known as hypertrichosis, which results in abnormal hair growth over the body and face.

Sadly, very few "Wolf Boys" exist in the world today, thanks to advances in waxing treatments and laser hair removal. Another factor which has contributed to the decline of "Wolf Boys" is the unfortunate fact that many of them have been erroneously killed because they were mistaken for true werewolves. How can you tell if the furry creature you have encountered is a Wolf Boy or a legitimate werewolf? Simple. Ask the creature for identification and then call the creature by his name three times.  If it is a true werewolf, the creature will immediately return to a normal human form with a hairless face. A Wolf Boy, on the other hand, will not.


Editor's Note: This article is not intended to serve as actual advice should you encounter a werewolf.
humor werewolves