Could Vampires Exist in the 21st Century?

on January 06, 2013
Debunking the Debunking of a Vampire Debunker 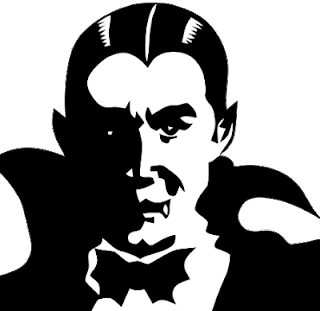 Thanks to a decade of pop culture's obsession with vampires (particularly those of the teenage variety), the myth of the vampire is as widespread now than it has ever been.  In 2008, near the beginning of the current vampire craze, a physics professor from the University of Central Florida named Costas Efthimiou embarked on a mission to prove that the existence of vampires is a mathematical impossibility.

Unfortunately for Professor Efthimiou, the vampire myth contains too many variables to be debunked by simple mathematics.  While JOTB cannot (yet) definitively debunk the existence of vampires, we can debunk Efthimiou's logic.

Here are 5 reasons why Efthimiou's research is flawed:

1. How do we know vampires feed once a month?  Our world is full of living creatures which feed far less frequently.  An alligator, for instance, can live without food for up to three years.  By Efthimiou's logic, a 100-year-old vampire will have fed 1,200 times.  By feeding once every three years, the same vampire will have fed only 33.3 times.  That's a huge difference- one that dramatically affects Efthimiou's study.

2. Efthimiou fails to take natural boundaries into consideration.  This is the reason why the Black Death of the 14th century killed 25 million people in Europe, but not Asia or the Americas.  Since people cough and sneeze more often than they eat, the professor's logic would have you believe that the bubonic plague would've infected every man, woman, and child on Earth within days. That's why the vampire myth is best left debunked by a professor of epidemiology and not a professor of physics.

3. The professor's research acts on the assumption that every vampire lived a full life.  If villagers and priests managed to successfully hunt down and kill just a fraction of the world's vampire population, by the end of a century, hundreds of millions of potential vampires would not have been bitten.  Archaeologists have found entire cemeteries of corpses staked through the chest, proving that "vampires" were hunted with regularity. (read story about a recent discovery in Bulgaria here)

4. Efthimiou also assumes that a vampire could only survive on non-vampire blood.  While this is, of course, a fundamental cornerstone of vampire mythology, how can we be sure if this is true?  Many historic texts even claim that vampires could survive on animal blood.  Between vampires feeding on other vampires, as well as animals, Efthimiou's figures are way, way off.  Theoretically, a vampire could exist without ever infecting another human being.

5. Finally, the professor's research assumes that, once bitten, the victim automatically becomes a vampire.  Any pre-med student could tell Mr. Efthimiou that this is not the case.  There are people who have been accidentally poked with an HIV-infected syringe who never develop AIDS.  There are people who have been bitten by infected ticks and mosquitoes who never develop Lyme's Disease or malaria.

Additionally, some consideration must be given to folk remedies which might have "cured" vampires.  If any of these herbal or spiritual remedies were successful, this would have significantly reduced the global vampire population.  Factor in suicides, freak accidents, vampires who may have "starved" to death for lack of food, and other mitigating factors, and the cumulative effect could also skew Efthimiou's study.

When all of these factors are brought into the equation, it seems possible that vampires (if they ever existed in the first place) would be capable of surviving well into the 21st century.