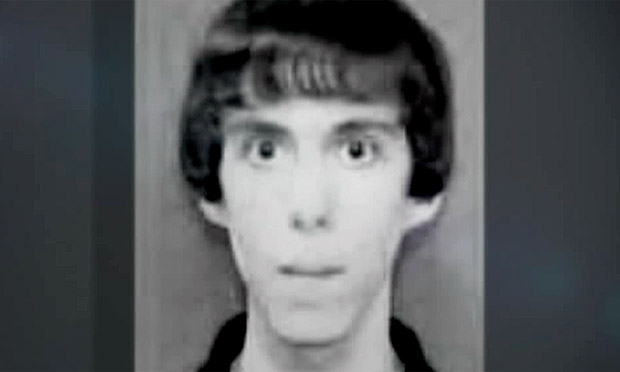 Much has been written about the media's inaccurate and inconsistent reporting of the Sandy Hook massacre.  Conspiracy theorists use these inconsistencies as fodder for their belief that Sandy Hook was a hoax, while others insist that the inaccuracies are the result of hasty and sloppy journalism.  Both sides, however, can agree on one thing- indisputable facts are harder to find than a needle in a haystack.

In a well-publicized CNN interview with Adam Lanza's barber, Bob Skuba, the barber stated that Adam had abruptly stopped coming in for haircuts three years earlier, even though Adam's mother Nancy took him to Skuba's shop every four weeks like clockwork.  The article's author, Wayne Drash, paints Nancy as an overbearing parent, impossible to please, who bossed her son around like a prison guard at Alcatraz.  Drash also portrays Adam as a weird and creepy kid who would sit silently in Skuba's barber chair and vacantly stare off into nowhere.

Wayne Drash of CNN also seems to portray himself as a journalist.

In our promise to turn over every stone in the Sandy Hook story in our relentless pursuit of the truth, we have analyzed this interview and we can conclude with the utmost confidence that it is a sham, and is either the result of a Newtown businessman desperate for attention, or the result of "journalism" so sloppy that it would turn even the stomach of a junior high school newspaper editor.

This statement is not true.

Although Drash refers to Lanza's barber 13 times in the article, the truth is that there is not a barber in Newtown- of in all of Connecticut for that matter- named Skuba.

Wayne Drash appears to have overlooked the fact that, in the state of Connecticut, barbers are licensed professionals.  The professional licenses of barbers can be verified by searching Connecticut's eLicensing Website.  As you can plainly see, Bob Skuba is not a licensed barber.


However, if CNN's Wayne Drash had done his homework (as every good journalist should), he would have discovered that the man who claims to have been Adam Lanza's barber is Robert Skuba, Jr.  As you can see below, this man was never licensed to be a barber, but was licensed as a hairdresser.  Unfortunately for Drash's story, Skuba's license in inactive, and has been for quite some time- it expired in 2008. 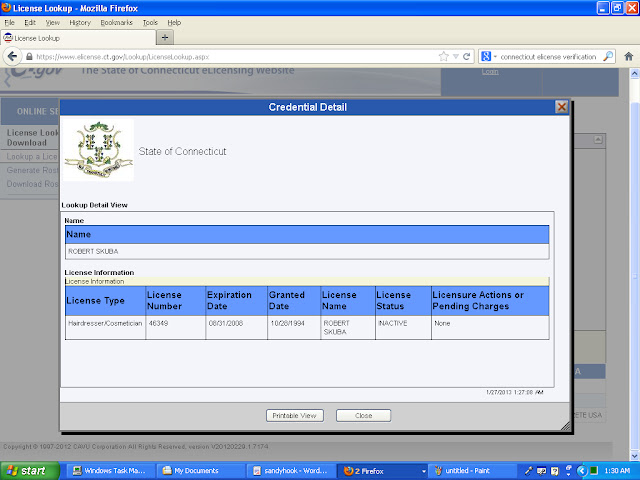 Next, we have a copy of the only license which bears Robert Skuba's name, and that is the shop license, which bears the d/b/a "Design Crete USA", which is probably the legal business name for Robert Anthony's Hair Salon.  As you can see below, the shop's license is also currently expired. 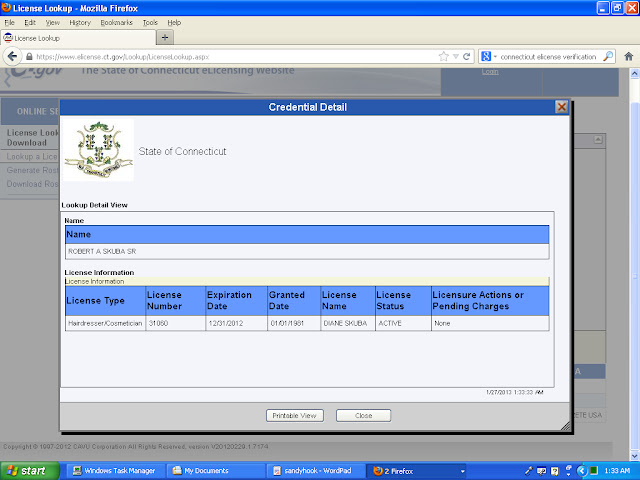 In other words, Mr. Skuba was either lying about cutting hair on the day of the Newtown shooting, or he was doing so illegally.  Cutting hair without a license is punishable by hefty fines in virtually every state, including Connecticut.

Other claims made by this imposter barber are also questionable.  For instance, in the CNN article, author Wayne Drash writes: Skuba would run clippers through his hair like a buzz saw.... His mom was always punctual with setting up his haircuts, a real regular.  And then: Inside his shop, he stood at the chair where he'd cut Adam Lanza's hair so many times over the years.

If there was any truth to these statements, we would see at least one picture of Adam Lanza with a short haircut.  Any barber (well, at least any real barber) can tell you that the longest clipper guard is the #8, which leaves hair one inch in length after it is cut.  If Skuba's claim was true, and even if he used the longest clipper guard, we wouldn't see a picture of Adam Lanza with hair longer than 1.5 inches, since hair grows 1/2 inch per month and Skuba claims Adam's mother brought him in every month like clockwork.


Either CNN's Wayne Drash had gotten himself played like a pawn shop fiddle or Skuba is just a businessman without scruples, who cuts hair without a valid license, calls himself a barber when he isn't one, and hopes to gain business by claiming that he cut a mass murderer's hair on a regular basis for years.  It takes a real sicko to use the motto "The Official Hair Salon of Adam Lanza" in order to drum up customers.  But, considering the make-believe barber's parting words to Drash in the CNN interview, it's obvious that Skuba isn't exactly a man of morals:

"I wish I would've killed him then," he says. "Or he should have killed himself a long time ago. He would've saved us all the trouble. ... He should've run in front of a bus, or some other type of terrible death he should've done to himself.  I should've slipped and stabbed him by accident. It would've been a lot better for those people."