on January 31, 2013
Were Ratliff and Noveske Killed by Government "Death Squads"? 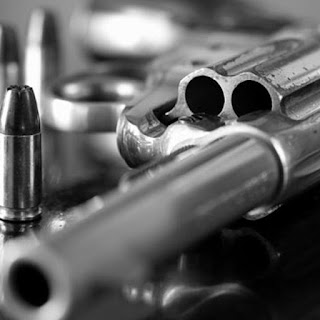 Two suspicious deaths of high-profile Second Amendment activists shortly after the Sandy Hook elementary school shooting have sparked numerous conspiracy theories from the far right, with many sources claiming that deaths of Keith Ratliff and John Noveske were the result of President Obama's "Death Squads"- the fearsome sounding name which many on the far right use in reference to the Transportation Security Administration's Visible Intermodal Prevention and Response team (VIPER), an entity which takes orders from the Department of Homeland Security.

Keith Ratliff, whose wildly popular YouTube channel promoted high-power assault weapons, was found dead inside his office at FPS Industries.  He appears to have died as the result of a single gunshot wound to the head, and local authorities have ruled his death a homicide.  A pile of weapons was found next to Ratliff's body.  Many find this detail to be nothing less than mind-boggling, begging the question, "How could an armed man who is an expert on firearms die without a struggle?"  In an interview, Ratliff's brother Kelly said, "For him not to pull out that gun and try to defend himself, he had to feel comfortable around somebody. Either that or he was ambushed."

Ratliff (who resided in Kentucky) was owner of FPS Industries, Georgia-based company which customizes weapons.  He was also regarded as an avid video game enthusiast.

The murder in Georgia took place just days after the death of John Noveske, a respected gunmaker from Oregon whose firearms have been purchased not only by gun enthusiasts, but by law enforcements and SWAT team members as well.  On the evening of January 4, Noveske was killed in a car crash when he “negotiated a right curve, it traveled across the oncoming lane onto the dirt highway shoulder until it struck two large boulders,” according to reports from Oregon.  Noveske was not wearing a seat belt.

Shortly before his death, Noveske posted a lengthy rant on Facebook, attributing the actions of Adam Lanza- the Newtown shooter- to psychiatric medication.

In related news, a spokesperson for the office of the chief medical examiner in Connecticut issued a statement in late January to CNSNews stating that the office will provide a cause of death for Adam Lanza when the investigation is complete, but the toxicology report will not be made public.

The cause for the uproar among those on the far right stems from the signing of the National Defense Authorization Act (NDAA) by President Barack Obama.  The controversial measure grants the military the legal right to conduct secret kidnappings of American citizens, allows indefinite detention without a criminal trial, and permits the US government to interrogate, torture, and even murder American citizens who present a threat to the federal government.  President Obama signed the NDAA on New Year's Eve- just days after the shooting in Newtown, Connecticut.  A week later, two of America's outspoken gun supporters died.  Coincidence?

Georgia was the fourth state to create a state level information sharing center, now known as a Fusion Center, for law enforcement and public safety agencies to share information and coordinate homeland security activities, according to Georgia.gov.  Georgia's Fusion Center (GISAC) also received an award for Fusion Center of the Year by the U.S. Department of Homeland Security in 2012.

Here's something to think about.

This was taken from the initial news report of Ratliff's death from Franklin County (GA), On Jan. 6 (most media reports state Ratliff's body was found on the 8th):

In Carnesville, not much is known right now about the death of a Kentucky man found late last Thursday on Hayes Road.
According to Franklin County Sheriff Stevie Thomas, the body of 32-year old Keith Ratliff of Frankfort, Kentucky was found about 5:45p Thursday evening.
However, Thomas would not release any information at the time until the victim's relatives had been notified.
On Sunday, Thomas released more information about the ongoing investigation. We received a call about a possible DOA, Thomas said Sunday. Upon the deputies arrival, deputies found a white male who was unconscious and not breathing. EMS personnel came and determined the man was deceased.
Investigators Thomas said, determined Ratliff had died of a single gunshot to the head and that his body been there for some time.
Sheriff Thomas said the agents with the Georgia Bureau of Investigation have been called in to assist in the investigation.
Right now, Thomas said it is not clear whether the case is a homicide. Ratliff's body was taken to the GBI Crime Lab in Atlanta for autopsy.
Thomas said the investigation is ongoing and more information will be released as it becomes available.
Ratliff's body was taken from Carnesville to Atlanta to the GBI crime lab, some 85 miles away.  Atlanta is also the location of Homeland Security's "Fusion Center of the Year".  Why would the autopsy of a man who died in Franklin County be performed in Fulton County?


Update:  We have uncovered some extremely interesting details about Ratliff's final moments.  Stay tuned, because our next post is going to raise quite a few eyebows (unless the TSA's "Death Squads" get to us first).