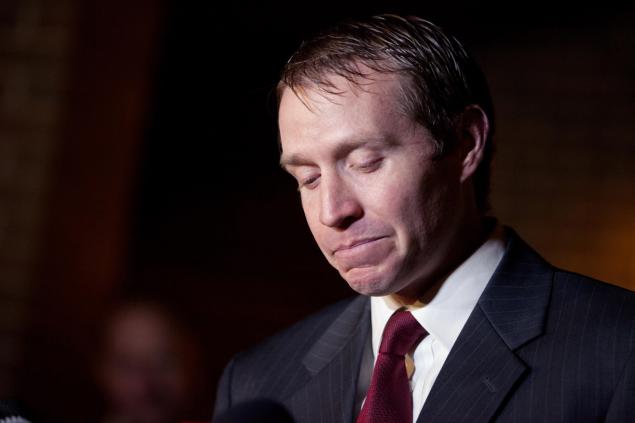 According to newspaper reports, Robbie Parker- the father of Newtown victim Emilie Parker- is a physician assistant originally from Ogden, Utah, who relocated to Connecticut less than a year ago after living in Oregon and New Mexico.  Many of the Sandy Hook Truthers cite this nomadic background when making the argument that Parker is, in reality, a crisis actor hired by the government in the staging of the Newtown massacre.

Connecticut's Department of Public Health maintains a licensing verification website, which allows people to search the credentials of any service provider required by the state to be licensed- from barbers to funeral directors.  This includes Physician Assistants.

According to the Connecticut eLicensing website, Robert Parker does have a license to practice as a Physician Assistant in that state.  It appears that his license bears a New Mexico address, and his town is listed as Rio Rancho.  His license was issued on 9/28/11, and his record is as clean as a whistle- no disciplinary actions, revocations, or pending charges.  Nada.  Zilch. 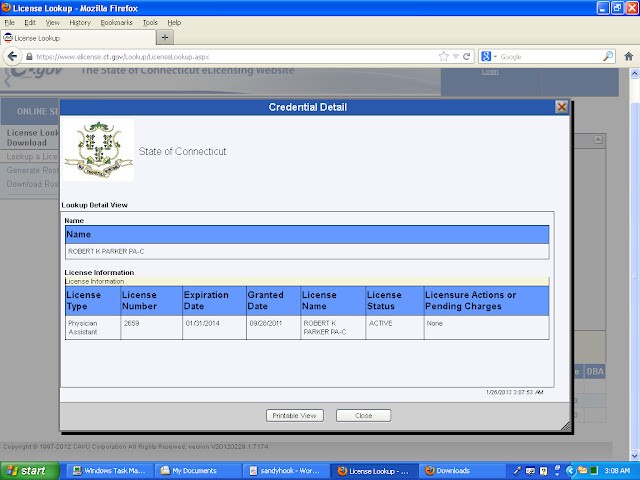 His license shows that he is listed as PA-C, which means that he is certified.  In the United States, a physician assistant cannot become a PA-C until he/she has passed the NCCPA-administered Physician Assistant National Certifying Exam.  This national certification allows the physician assistant to practice in all 50 states, which explains why there is a NM address on his CT license, and why there is no record of him in the licensing databases of Oregon or Utah.  There is, however, a record of Mr. Parker's licensing information in New Mexico, where he lived prior to Newtown:

This discovery should come as a big setback for the Sandy Hook Truthers who claim that Robbie Parker is an actor hired by the government, since earning the title of PA-C requires passing a rigorous certification exam.   Additionally, physician assistants must earn 100 Continuing Medical Education (CME) hours and reregister their certificate with the NCCPA every two years- that's a lot of work for an actor.


However, our research has revealed a rather bizarre coincidence- there is only one other Robert Parker licensed as a Physician Assistant in the United States- and that man is Robert Washington Parker, who was born in 1921 and lived in Littleton, Colorado, which- as we all know- was the scene of the 1999 Columbine High School Massacre. 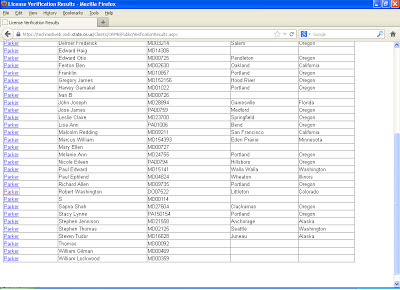 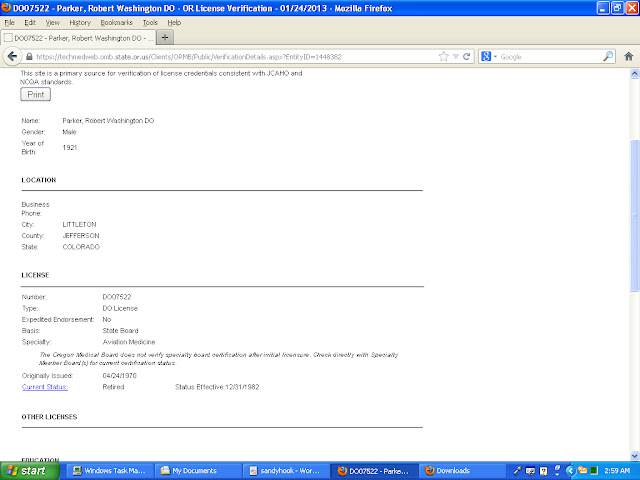 Another strange coincidence is that this Robert Parker's specialty is listed as aviation medicine, which suggests that this individual has a military background (that should give all of the conspiracy kooks something to chew on!)