Why Didn't Anyone Hear the Shots that Killed Nancy Lanza? 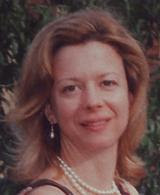 While hundreds of articles have been written about the aspects of the Sandy Hook saga that don't seem to add up, there is one intriguing aspect in the chain of events on December 14, 2012 which has garnered little (if any) attention.  Newspapers have confirmed that Nancy Lanza was shot in the head four times while in her bed sometime in the morning, thus becoming the first victim of the Newtown massacre.  If this is true, then why doesn't anyone remembering hearing the gunshots that killed her?

The logical response would be that, because of the distance between the homes on Yogananda Street, the gunshots would have been out of earshot of the nearest neighbor.  However, this seemingly obvious explanation doesn't hold water.  The picture below clearly shows that several homes would have been in close enough proximity to the Lanza home at 36 Yogananda. 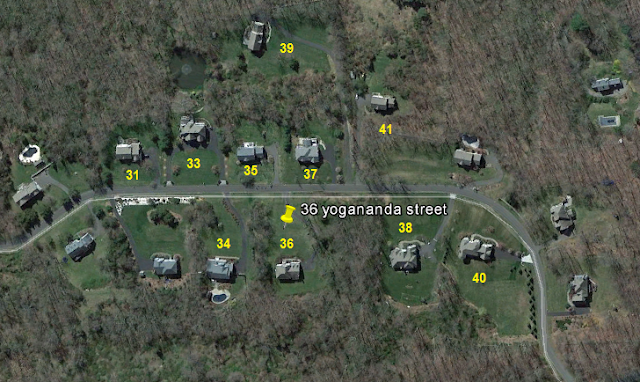 The "official narrative" states that Nancy was shot sometime in the morning, and that Adam Lanza's shooting rampage at the school took place at roughly 9:30.  Assuming that it took Lanza a half hour to smash his hard drive, gather up his weapons, and drive to the school, that would suggest that Nancy Lanza's time of death would be somewhere between 8 and 9 in the morning.  Surely some neighbor sitting down for a morning cup of coffee would have heard at least one of the four gunshots coming from the home at 36 Yogananda.  If not a neighbor, then perhaps a morning jogger, a woman walking a dog, a paperboy, a delivery man, a garbage man- someone.

Yet, it has been widely reported (such as in this CNN article) that dispatchers didn't take the first emergency call until around 9:30 a.m.:

At the police station, dispatchers began to take calls from inside the school. Authorities say the first emergency call about the shooting came in at "approximately" 9:30 a.m.

"Sandy Hook school. Caller is indicating she thinks someone is shooting in the building," a dispatcher told fire and medical personnel, according to 911 tapes.

Gene Rosen, the retired psychologist who sheltered a handful of students who fled from the scene, said that he heard the shots coming from inside the school.  Rosen's home is located roughly 1/8 of a mile from Sandy Hook Elementary.  The Daily Mail wrote: He said he had heard the staccato sound of gunfire about 15 minutes earlier but had dismissed it as an obnoxious hunter in the nearby woods.

Even Vice President Joe Biden claims to have heard gunshots that killed schoolchildren- during the Amish schoolhouse massacre in Pennsylvania at Nickel Mines in 2006.  Last week, Biden claimed that he personally heard the gunshots from the Nickel Mines massacre while he was golfing, according to a story published by Lancaster Online.  The nearest golf course?  Six miles away, reports Lancaster Online (incidentally, none of the golf club's employees recall seeing Biden on the day he allegedly heard the shots).

If we are to take Biden at his word, it would suggest that a gunshot from inside a building can be heard in a rural area as far away as six miles.  Let's look at the science and see if there's any truth to Biden's claim.

According to the NRA, a typical gun shot ranges between 143.5 and 174.4 decibels.  A jet airliner flying 30 meters overheard produces 150 decibels.  Things get a little tricky when factoring in distance, however.  A shot coming from indoors will not be heard as far away as a shot from outdoors.  On the other hand, sound travels considerably farther in cold weather than in warm weather due to air density (the Sandy Hook shooting did take place in mid-December).  Trees, buildings, and other obstructions get in the way of some of the soundwaves, so a shot on a wide open prairie will carry farther than a shot in the rainforest.

As for Biden's claim, it's not impossible but highly unlikely.  Nickel Mines is nothing but farm country and Biden was on a golf course on a cool autumn day.  The blasts from Nickel Mines probably could have been heard from 2 or 3 miles away, but 6 is definitely pushing it, even under the best of conditions.

On the other hand, Adam Lanza is said to have put four bullets into his own mother inside a house on a quaint neighborhood street, where there are plenty of sprawling lawns and open spaces between the homes- few obstructions to muffle the blasts.  It was a quiet and chilly New England morning, but no so cold as to keep all 27,560 of Newtown's residents indoors.  Surely someone would have heard the shots.  But no one apparently did.  Strange.


If Lanza had used a silencer or muzzle suppressor, maybe he could have gotten away with murdering his mother without arousing suspicion, but official police statements do not indicate that Lanza used such a device.  Besides, silencers are used by shooters who don't want to get caught.  If what we've been told about the shooter is true, Adam Lanza really had no intention of getting away with the murders.  That is, if Adam Lanza ever murdered Nancy in the first place.