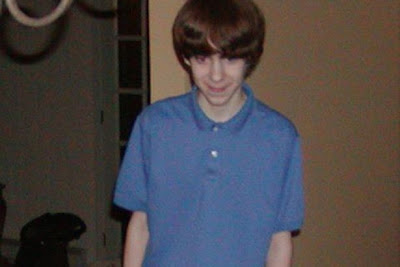 Today, Danbury State's Attorney Stephen Sedensky III- the prosecutor in the case against Adam Lanza- stated that he will not release information about Adam Lanza's mental health.  This comes on the heels of a recent statement made by a spokesperson for the office of the chief medical examiner in Connecticut, who said that Lanza's toxicology report will not be made public.  While failure to disclose such information to the public does not prove a conspiracy, it certainly does little to dispel rumors that December's Sandy Hook massacre may not have happened quite the way it was reported.  Combined with the fact that authorities have refused to release as much as one screen capture of Sandy Hook video surveillance footage, and lingering questions about why Adam Lanza's Social Security death record lists his date of death as December 13 (one day before the shooting), it's little wonder why conspiracy theorists are having a field day with the Newtown shooting.

Sedensky claims that the information about Lanza's mental health cannot be disclosed because of Connecticut Rules of Professional Conduct, which applies to all attorneys in the state.  While it's common for prosecutors to withhold information while an investigation is ongoing, Connecticut's Litchfield County Times reports that Sedensky may never make this information public- even after the police investigation is complete.

However, we have located a copy of the Connecticut Rules of Professional Conduct from Cornell University's Law School's Legal Information Institute (LLI), and it turns out that State Attorney Stephen Sedensky is telling the public a 100% bona fide bold-faced lie.

The Connecticut Rules of Professional Conduct, in Rule 3.8 ("Special Responsibilities of a Prosecutor"), state quite plainly:

The prosecutor in a criminal case shall: (1) Refrain from prosecuting a charge that the prosecutor knows is not supported by probable cause; (2) Make reasonable efforts to assure that the accused has been advised of the right to, and the procedure for obtaining, counsel and has been given reasonable opportunity to obtain counsel; (3) Not seek to obtain from an unrepresented accused a waiver of important pretrial rights, such as the right to a preliminary hearing; (4) Make timely disclosure to the defense of all evidence or information known to the prosecutor that tends to negate the guilt of the accused or mitigates the offense, and, in connection with sentencing, disclose to the defense and to the tribunal all unprivileged mitigating information known to the prosecutor, except when the prosecutor is relieved of this responsibility by a protective order of the tribunal; and (5) Exercise reasonable care to prevent investigators, law enforcement personnel, employees or other persons assisting or associated with the prosecutor in a criminal case from making an extrajudicial statement that the prosecutor would be prohibited from making under Rule 3.6.
Sedensky, of course, would be referring to the last provision of Rule 3.8, since it's the only rule which comes even remotely close to giving a Connecticut prosecutor immunity from divulging this type of information.  This provision references Rule 3.6 ("Trial Publicity"), which lays out the specifics about what a prosecutor may or may not say to the press:

(a) A lawyer who is participating or has participated in the investigation or litigation of a matter shall not make an extrajudicial statement that the lawyer knows or reasonably should know will be disseminated by means of public communication and will have a substantial likelihood of materially prejudicing an adjudicative proceeding in the matter.

(b) Notwithstanding paragraph (a), a lawyer may make a statement that a reasonable lawyer would believe is required to protect a client from the substantial undue prejudicial effect of recent publicity not initiated by the lawyer or the lawyer's client. A statement made pursuant to this paragraph shall be limited to such information as is necessary to mitigate the recent adverse publicity.

(c) No lawyer associated in a firm or government agency with a lawyer subject to paragraph (a) shall make a statement prohibited by paragraph (a).
First, let's define "extrajudicial statement".  According to American Bar Association rules, a lawyer who is participating or has participated in the investigation or litigation of a matter shall not make an extrajudicial statement that a reasonable person would expect to be disseminated by means of public communication if the lawyer knows or reasonably should know that it will have a substantial likelihood of materially prejudicing an adjudicative proceeding in the matter.

If Sedensky were to reveal information about Adam Lanza's mental health, would this information have the likelihood of prejudicing a criminal trial?  Perhaps- but this point is irrelevant since Adam Lanza won't be tried in a court of law for the Newtown shootings.  Dead people don't have the right to face their accuser- a right granted by the Sixth Amendment of the United States Constitution.

Sedensky went so far as to state that this information may never be disclosed to the public, even after the police investigation is complete.  Since the Connecticut Rules of Professional Conduct only define what can or cannot be said by an attorney in the course of an adjudicative proceeding (which will not take place since the defendant is deceased), Sedensky is blatantly guilty of lying to the public.

And it appears this isn't the first time Stephen Sedensky has twisted the rules for his own personal gain or to protect his cronies.

In August of 2012, Connecticut trial lawyer Norman Pattis stated: "In the Danbury State’s Attorney’s Office, accountability is a twisted joke."  He then goes on record stating that there appears to be special rules for prosecutors.  "They get a pass when their actions cross certain lines," quoted Pattis- a veteran lawyer who has participated in more than one hundred jury trials.

On Pattis' blog, he describes a scandal surrounding Senior State’s Attorney David Holzbach, a prosecutor with a foot fetish who was accused of using a spy camera to take pictures of womens feet and legs for his own sexual gratification.  Pattis writes: Watching Danbury State’s Attorney Stephen Sedensky and Chief State’s Attorney Kevin Kane dawdle and pussyfoot around on this matter gives new meaning to the old quip about the feckless fearing what nude photos may be in the possession of the cat allowed to escape with the canary.  When reporters pressed for more information about the libidinous lawyer, what was Sedensky's excuse? He claimed that he couldn't talk about it.

In his August 2012 post about the scandal, Pattis makes a statement which rings true in the face of the Sandy Hook investigation: I do business in that courthouse and I suspect this piece will not earn me any favors there. But, then again, I wasn’t asking for any in the first instance. Let me just come out and say it: What in the world is going on in Danbury? Does anyone care?

But the most disgusting thing about this now-forgotten incident is how Sedensky covered up the accusations.

In mid-April, a woman contacted Sedensky and claimed that she had seen Holzbach secretly videotaping women with a special pen containing a spy camera.  This was the fifth time someone had accused Sedensky's colleague of such an offense.  Sedensky, of course, did nothing.  No action was taken until two weeks later, when the perverted prosecutor was caught once again using his "spy pen", which was at that point confiscated by Supervisory Assistant State’s Attorney Warren Murray.

Eventually, Holzbach got canned- but not until investigators found a "voluminous amount" of pornographic images which simulated rape on his work computer, along with a one-way mirror in his office which concealed yet another camera, according to the Hartford Courant.  The Courant has also published several pieces condemning Sedensky for violating the public’s right of access to records regarding the conduct of public employees.

Sedensky is also the one who filed the motion to keep the search warrant affidavits for Lanza's home and car sealed, a motion later granted by Judge John Blawie.

While the rest of America may be surprised to learn that Stephen Sedensky has a habit of keeping things from the public, it appears that the citizens of Connecticut have know this to be true for quite some lime- long before the first shot was fired in Newtown
Adam Lanza conspiracies government Nancy Lanza Sandy Hook conspiracy Stephen Sedensky