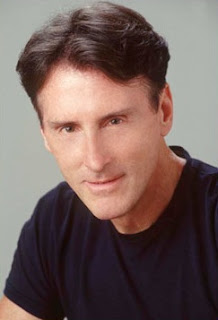 Recently, we discovered that one of our original blog posts, "Li Ching-Yuen: The Man Who Lived to be 256" (published on JOTB on 3/15/13) was re-posted without our knowledge or consent, essentially in its entirety, on the Progressive Radio Network website.  The Progressive Radio Network was established by Gary Null in 2005.  It's likely that many of our readers are familiar with Null, who hosts a radio show and is the creator of several eponymous nutritional supplements, such as "Gary Null's Ultimate Power Meal" (a product which led to the poisoning and subsequent hospitalization of six people, including Null himself).

Our first reaction was to contact PRN and threaten to file a DMCA takedown notice in order to have the plagiarized content removed but, not surprisingly, no contact information exists on the Progressive Radio Network website- thereby making it virtually impossible to file a proper DMCA complaint.  Therefore, we would like to take this opportunity to express our objection to PRN's copyright infringement by exposing Gary Null and his Progressive Radio Network.

First, we would like to point out that Journal of the Bizarre does not take copyright infringement lightly.  We take great pride, and invest hours of research, in ensuring that each blog post is 100% unique and original.  We do not use our blog as a means of hawking our own products or promoting our own independent projects.  Our only stream of revenue comes from the placement of ads, and the bulk of this revenue goes toward providing token payments to our contributors.  This means that whenever our material is illegally used elsewhere on the Internet, the offending party is essentially stealing money from JOTB by diverting traffic away from our blog.

As anyone who has dealt with us can attest, in 99.9% of cases, we grant requestors permission to reprint or republish our material however they see fit- all we ask is that our contributors are given credit in return.  Our only requirement is that parties wishing to use our material first ask permission- something which was never done by Progressive Radio Network.

In the "good old days", men were able to settle such disputes with duels or fisticuffs.  Unfortunately, that sort of thing is frowned upon in this day and age.  Instead, folks now wishing to "demand satisfaction" have to rely on slow-moving and unwieldy contrivances such as the legal system and the Digital Millennium Copyright Act.  As an African-American woman once said (rather famously): 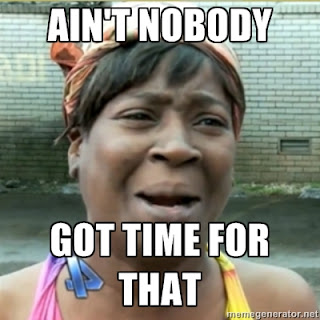 Instead, we have decided to deal with copyright infringement in the most effective and expedient manner: By invoking our First Amendment rights and ripping offenders a proverbial "new one".  Let all future offenders be warned.

King of the Quacks?

Gary Null has been accused of quackery for nearly as long as he has been promoting potentially dangerous treatments for life-threatening diseases.  Although he is a certified dietician, his credentials have been questioned by several prominent men and women of science and medicine, such as Quackwatch.com's Stephen Barrett, MD, who founded the National Council Against Health Fraud.

According to Dr. Barrett, who has been tracking Null's activities since the 1970s, Gary Null has promoted hundreds of theories and claims which have been proven inaccurate by the medical establishment.  Of course, the "establishment" is Null's biggest target; Null believes that mainstream medicine is all about making money.  In 2009, Null rallied against flu vaccinations, resulting in the New York state health department to dismiss Null's claims as "not scientifically credible".

Null is also an outspoken critic of dental fillings, water fluoridation, and traditional cancer treatments.  He has also authored a book, AIDS: A Second Opinion, in which he makes the claim that HIV is harmless and does not lead to AIDS.

Nearly Killed Using His Own Products

However, Gary Null's biggest claim to fame just may be the time he nearly died- by ingesting his own nutritional supplements.  Null claimed that he suffered kidney damage from "Gary Null's Ultimate Power Meal", which resulted in Null filing a lawsuit against a company which manufactured his own brand of supplements.  The lawsuit claimed that the product contained 1,000 times the labeled dosage of Vitamin D, and that six consumers had been hospitalized as a result of it.  One of the consumers was a woman who later died as a result of taking "Gary Null's Ultimate Power Meal".

The PRN website makes the claim that: Progressive Radio Network is the thinking person’s network. We are a non-commercial and listener supported station, focused on creating premium content that is distributed for free.

Really, Mr. Null?  We can't help but wonder just how much of that "premium content" was created by PRN, and how much was stolen from writers without their knowledge or consent.  If we at JOTB wanted our work distributed for free, we would've contacted you first- something you never did for us.