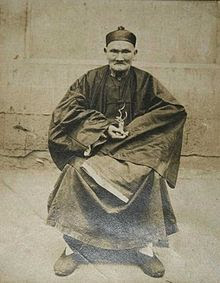 Every culture has its share of folk legends, and the Chinese are no exception.  One fabled person in Chinese folklore is Li Ching-Yuen, who is rumored to have died in 1933 at the age of 256.

According to locals who knew him, Li Ching-Yuen began gathering medicinal herbs as a young boy, perhaps in a quest for immortality.  For the better part of his life, his diet consisted only of herbs and rice wine.  At the age of 71, Li Ching-Yuen moved to  Kai Xian, where he was hired by the military to teach martial arts.

Master Da Liu, a student of Ching-Yuen, attributed his teacher's longevity to Baguazhang- a form or martial art which said to have been invented by Buddhist and Tao monks.  He was also a practitioner of chi kung (also known as qigong), a type of alternative medicine and meditation which focuses on rythmic breathing.  Mastrer Da Liu, in his 1983 work Taoist Health Exercise Book, quotes Li Ching-Yuen as saying that his longevity was "due to the fact that I performed the exercises every day - regularly, correctly, and with sincerity - for 120 years."

Whether or not Li Ching-Yuen really lived to be 256, the herbalist was quite an amazing character.  He stood at a height of 7 feet, which is enormous even by today's standards.  In his lifetime, he is said to have fathered over two hundred children, and outlived 23 wives. 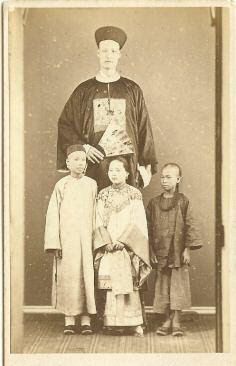 Li Ching-Yuen died of natural causes on the 6th of May in 1933.  His final words are recorded as: "I have done all I have to do in this world. I will now go home."

While scholars may debate the historical accuracy of Ching-Yuen's date of birth and many details of his legendary life, one thing is certain- the herbalist and teacher did manage to survive to a very old age.  Fortunately for the rest of us, he left behind many rules for living a long, full life.  One such set of rules can be found in a May 15, 1933 issue of Time:


Want to live to be 100?  Be sure to check out the following JOTB Staff Picks on the topic of longevity: