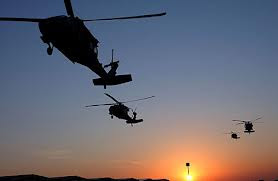 Earthfiles is at it again.  From March 13 to March 17, Earthfiles has received dozens of additional reports of "mystery booms", this time from Rhode Island, southern Illinois, Idaho, and Kentucky.

In case you've missed our previous explanations of this phenomena, we don't believe that these strange tremblings are the result of top-secret military experiments or some other conspiracy theory gobbledegook, as asserted by sources such as Earthfiles.

Why sand and silica?  A certain type of silica has been in extremely high demand in recent years due to its importance in the hydraulic fracturing ("fracking") process.  In fact, several news articles have been written in recent years claiming that "silica is the new gold".  While only a small percentage of all mined silica is suitable for use as "frac sand", the fact remains that the demand for all types of industrial sands have skyrocketed in recent years.  This helps explain why there are zero reports of "mystery booms" prior to 2010- the year when silica jumped from $35 a ton to $50 a ton.

US Silica, one of America's largest producers of silica sand, tallied $400 million in sales in 2012, up from roughly $295 million in 2011, and approximately $150 million in 2009.  Other silica mining companies have reported similar increases in profits, with 2013 poised to be a record year.

Although we've reported our findings to most of the "investigators" who are tracking these reports of mystery booms, no one seems to be taking our explanation very seriously (we guess they prefer to believe that these unexplained explosions are the result of extraterrestrials or secret military projects).  So, in order to prove our claim, let's look at the latest reports of mystery booms and see if they can be explained by our theory.

According to the Earthfiles website, Rhode Island's mystery booms began in October of 2012, with reports of loud explosions, strange humming sounds, and bright flashes of light.  These reports have come primarily from Warwick and Providence, with several more reports coming from Tiverton and Little Compton on March 13.

Silica mining has been taking place in Rhode Island for years, most notably by Holliston Sand Co. Inc., based in Slatersville.  Slatersville is only 16 miles from Providence, 27 miles from Warwick, and 40 miles from Tiverton.

Rhode Island has 6 major sandstone formations, many of which are capable of producing high-quality frac sand.  To date, every single one of Rhode Island's "mystery booms" have occurred in the vicinity of these sandstone formations.  In all likelihood, these explosions are caused by rogue mining operators looking to capitalize on the high demand for silica sand.  Since these deposits are capable of producing high-quality silica sand, we wouldn't be surprised if reports of mystery booms increase dramatically in 2013.

Earthfiles reports that on the afternoon and evening of March 16, five different booms took place near Kamiah, Idaho.  The witness who reported the mystery booms states: "No one knows where the booms are coming from... We have no mines in the area."

Kamiah is located in the counties of Idaho and Lewis.  Idaho has a whopping 16 unique and different sandstone formations, according to the USGS.  There are 8 silica mines in Ada County alone and, although no legal silica mines are in operation in Idaho or Lewis counties, the abundance of sandstone in the region- coupled with a very sparse population and loose mining regulations- would make the Kamiah region a hotspot for illegal silica mines.  In fact, according to the US census, the mining industry is responsible for 15.5% of all jobs in Lewis County.

Earthfiles reports that, on March 16, mystery booms were heard in Fort Knox and Louisville.  Since the army base at Fort Knox covers a whopping 190,000 acres and is the site of daily military exercises, one could easily write off these "mystery booms" as part of these exercises.

However, if you look at this map created by the University of Kentucky which shows the mineral resources of the state, you'll notice a lot of yellow in the vicinity of Louisville and Fort Knox.  According to the map's key, this indicates glacial outwash sand- the type of sand which is ideal for frac sand.  If you study the map, you'll also notice that there are several markings in the area in which these mystery booms were heard which indicate the presence of both operational and abandoned sandstone quarries.

The USGS reports that there are a staggering 25 different sandstone formations in the state of Kentucky- all located in the areas where mystery booms have been reported.

The recent Earthfiles article reports that more booms have been heard recently in Illinois- a state with an ongoing epidemic of mystery booms.

Since we've addressed the Illinois mystery booms in a previous blog post, we can sum up our explanation quite simply- Illinois ranks 2nd in silica production out of all 50 states.


Once again, we've established a clear and indisputable link between silica mining and these so-called "mystery booms".  If you're interested in reading our previous posts about this topic, in which we explain our theory in greater detail, read about it here or here.