on March 18, 2013
"His mother should have drowned him in a bucket," states veteran cop. 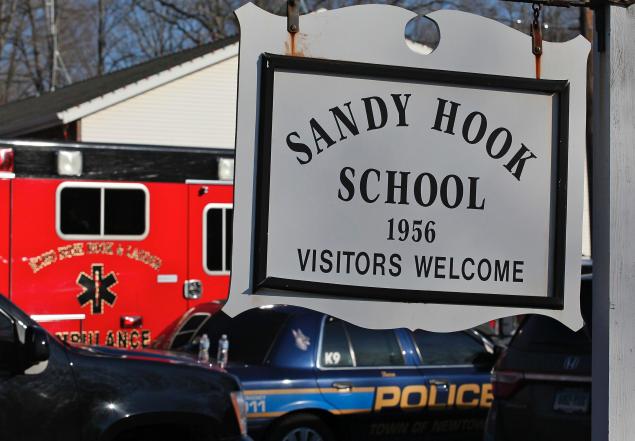 Yesterday, columnist Mike Lupica wrote an article for the New York Daily News detailing a crucial piece of the Newtown puzzle- a 7-foot-long, 4-foot-wide spreadsheet with names, body counts and details from previous mass murders which was allegedly found by law enforcement officials at Lanza's home.

Police have referred to this evidence as Lanza's "score sheet", which the shooter had spent years compiling.  Lanza's spreadsheet, typed in nine-point font, contained over 500 names, along with details about each shooting, including the exact make and model of each weapon used.

Perhaps the most interesting part of this new information is the fact that Mike Lupica- a respected veteran journalist- chose to write a piece that raises more questions than it answers- questions which seem to suggest that "Lanza's scoresheet" may be a piece of evidence created by law enforcement officials, rather than the shooter himself.

In the article, an unnamed law enforcement veteran is quoted as saying to Lupica:

“We were told (Lanza) had around 500 people on this sheet.  Names and the number of people killed and the weapons that were used, even the precise make and model of the weapons. It had to have taken years. It sounded like a doctoral thesis, that was the quality of the research.”

These new details were announced by Col. Danny Stebbins, who spoke at the International Association of Police Chiefs and Colonels meeting in New Orleans last week.

The man to whom I spoke, a tough career cop who did not wish to see his name in the newspaper, was in the room when the state cop from Connecticut spoke, said the man was well into his presentation when he began to talk of the spreadsheets that had been found at “the shooter’s” home.

Now, why the heck would a "tough career cop" only speak to Lupica on the condition of anonymity?  Remaining anonymous is a good idea if you're a corporate whistleblower, or if your own life may be in jeopardy, but considering that the shooter is three months dead, the need for anonymity seems somewhat suspicious.  Are we to believe that a "tough career cop" who has probably confronted numerous murderers, rapists, violent maniacs, and gang members in his career, is afraid of the ghost of a dead kid with Asperger's syndrome?

There can be only two possible reasons for this request to remain nameless.  Either Lupica is pulling this story out of his hindquarters, or the "tough career cop" is afraid of being connected to Sandy Hook.
Lupica continues to write about his anonymous source:

He didn’t use Lanza’s name, saying he did not want to give him even an hour more of fame, just because that is what Lanza wanted; what all these shooters want, from Tucson to Newtown to Virginia Tech.
“We keep calling them mass murderers,” the veteran cop to whom I spoke said. “But there should be a new way of referring to them: glory killers.

They don’t believe this was just a spreadsheet. They believe it was a score sheet,” he continued. “This was the work of a video gamer, and that it was his intent to put his own name at the very top of that list.

This seems to refute everything we have been told by the media and law enforcement officials.  We've been told that Lanza was a recluse who took great pains to not leave an Internet footprint.  A hermit who hadn't spoken to his brother in years, an outcast whom the neighbors hadn't recalled seeing in months.  It seems hard to believe that Lanza's motivation was fame or glory, since very few antisocial hermits have a desire to become a household name.  In other words, it's the very antithesis of the portrait of Adam Lanza which law enforcement officials have given us up until now.

Interestingly, Lupica doesn't interview the man who actually spoke during a conference of police chiefs in New Orleans when this news was announced, Col. Danny Stebbins of the Connecticut State Police.  Instead, Lupica relies on the secondhand information provided by the anonymous cop, who, for all we know, may not even be from Connecticut.  That's like writing a book report on War and Peace by interviewing a guy who talked to another guy who had once read it.

"In the code of a gamer, even a deranged gamer like this little bastard, if somebody else kills you, they get your points. They believe that’s why he killed himself."

Pretty harsh and judgmental words from a veteran cop about a kid who suffered from mental illness.  I guess when you're allowed to hide behind a cloak of anonymity, you can refer to those with autism as "little bastards".  To this veteran cop, perhaps those with Down's Syndrome are "sons of bitches", and those with cancer are "a-holes".

But this "tough career cop" manages to reveal a great deal about his outlook on life when Lupica asked him what the world could learn from Adam Lanza:

“His mother should have drowned him in a bucket, that’s what we learned.”

I guess when you condone the drowning of a mentally ill child in a bucket, it probably is a good idea to hide behind the cloak of anonymity.  But it's good to know that those heroic law enforcement officials, sworn to protect and serve, have about as much regard for human life as Adam Lanza himself.  With authority figures like the gutless wonder who spoke to Lupica on the condition of anonymity, perhaps it's easy to understand why so many troubled outcasts, picked on and abused, show up at schools armed with assault rifles.

The nameless cop did, however, offer some new information about Lanza:

“They have pictures from two years before, with the guy all strapped with weapons, posing with a pistol to his head. That’s the thing you have to understand: He had this laid out for years before.”

Why hasn't this photograph been released to the public?  It would certainly help argue the point that Lanza had planned his actions in advance.