Was Sandy Hook a Hoax? Part 9: The Search Warrant 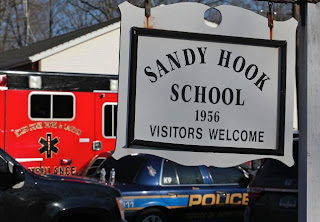 Hours from now, authorities in Connecticut are planning to release the list of items seized from Adam Lanza's car and home, as well as other information about the Sandy Hook incident.  Unfortunately, this information will be released with its share of edits, deletions, and possible cover-ups.  Withholding information from a highly-concerned public seems par for the course, however- at least when it comes to State's Attorney Stephen Sedensky and police spokesperson Lt. Vance.

The New Haven Register reports that an unnamed Danbury Superior Court judge has redacted some of the material- including multiple paragraphs- in order to protect a witness.  In legal terms, this means that the report has been sliced and diced, white-washed, and edited.

Other media outlets, including the Housatonic Times, confirm these unsettling developments in the Newtown saga.  John Christofferson of the Associated Press writes:

State's Attorney Stephen Sedensky III asked a judge not to release the name of a witness, saying the person's safety may be jeopardized if the name were disclosed. He also asked that other information be redacted, such as telephone numbers and a few paragraphs of an affidavit.

To anyone following the Sandy Hook saga, this should draw a red flag faster than a ten-car pileup at a Nascar race.

First, let's discuss this unnamed "witness".  If Adam Lanza acted alone, as the authorities claim, why exactly would this person's safety be in jeopardy?  Is Adam Lanza going to come back from the dead and exact revenge?  Who is this witness, and who is this person hiding from?

Naturally, the authorities have the right to withhold some information, such as addresses and phone numbers, but intentionally deleting whole paragraphs does very little to dispel notions that the Sandy Hook investigation was botched like a heart surgery performed by a caffeine-riddled monkey with advanced Parkinson's disease.

The New Haven Register stated that the official records have been redacted so that serial numbers from some of the property seized will be unavailable to the public.  This also raises some red flags.  If the weapons used at Sandy Hook had been purchased by Nancy Lanza, as we have been told, this statement could be verified by the media if the police released the serial numbers.  On the other hand, covering up this information seems to open the door to the possibility that the weapons fell into Lanza's hands by some other means.

Think about it.  If the story we had been given was true, the serial numbers would corroborate the claims made by the authorities and put to rest many of the conspiracy rumors.  Failure to provide this information is disturbing enough in itself, but the fact that Stephen Sedensky and a Superior Court judge went out of their way to erase this information from the record before presenting it to the public is shameful, disgraceful, and reeks of a cover up.

Once again, the powers-that-be in the state of Connecticut have shown utter disrespect and blatant arrogance toward the American public which longs for reliable, truthful, and accurate information.  It is a slap in the face to every parent with school-aged children who fear for their child's safety, and it is a kick in the teeth to every concerned citizen of the United States who has been denied information week after week and month after month.

But most importantly, the actions of Mr. Sedensky, the Superior Court judge, and Lt. Vance have made a mockery of the judicial system and the law enforcement process; by intentionally white-washing the official narrative of what took place on December 14, these individuals only focus the bright white spotlight of suspicion on themselves.  On several occasions, Lt. Vance had the audacity to express his anger toward "conspiracy theorists" (or anyone who questioned his version of the incident).  Well, the veiled secrecy surrounding Sandy Hook- coupled with "redacted" facts and deleted paragraphs- is only going to add fuel to the conspiracy fire.