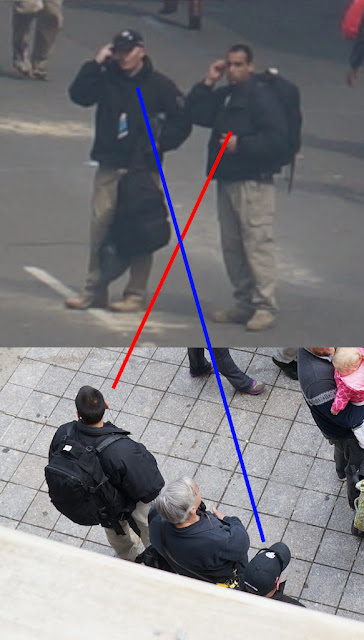 In a previous post, in regards to allegations that the Boston Marathon bombing is another "false flag" event staged by the government, we stated that we would reserve judgment until more evidence presented itself.
Well, it didn't take long for that to happen.

Alternative news sources have been buzzing today, after it was revealed that Navy SEALs were spotted at the marathon sporting black backpacks.  This new revelation has some claiming that indisputable proof of a false flag operation has been found.  Alex Jones- the Big Kahuna of conspiracy kookery- even went so far as to claim: Proof Boston Marathon Bombing is False Flag Cover-Up 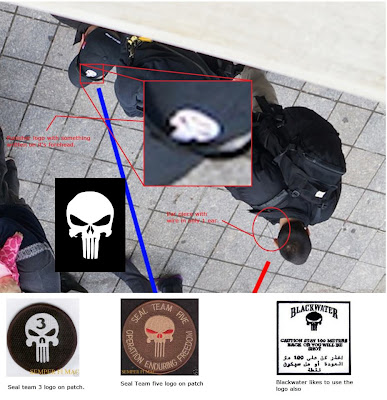 So, what does it all mean?

While this latest development is intriguing, it doesn't really prove or disprove anything.  It's no secret that SEALs were in Boston; it's been well-publicized that former SEAL and Massachusetts Senate candidate Gabriel Gomez ran the marathon, finishing the race in four hours and eight minutes.

One thing that conspiracy theorists seem to overlook is this:

If a team of Navy SEALs was going to plant bombs at the Boston Marathon, why in the world would they be so foolish as to wear any type of clothing that would give away their identity?  Think about it.  If you had been contracted by the government to carry out such a feat, wouldn't you make an effort to conceal your identity?  The last thing a Navy SEAL (or any professional soldier) would do in such a situation would be to "advertise" their presence.  That's like giving a bank teller  a hold-up note written on a glossy 8x10 photograph of yourself.

Special forces soldiers have the ability to dress up like shrubs and trees and rocks, and have been trained to lie in wait for hours upon hours until the opportunity to strike presents itself.  If SEALs were behind the bombing, wouldn't it make more sense to be disguised as ordinary spectators?  Better yet, they could've worn turbans, since the "motive" of a fake terror attack would be to make it look as if the bombing had been carried out by religious extremists.  Maybe the SEALs just got lazy that day.

Of course, the men who appear to be SEALs ought to be fully investigated, since "false flags" tend to fly both ways.  Just as our government can fool the public into believing that someone else was responsible, so could our enemies.  All a foreign-born terrorist would need to do to is go online and order some clothing bearing a Navy SEAL logo, or buy a blue baseball cap and put the word FEMA on it.  Such actions could create a massive distrust of government in America, and would be a far more potent attack than detonating a pressure cooker full of nails.

Another reason why Navy SEALs couldn't have been responsible for the explosion is this:

A false flag operation involving the military and the FBI and local authorities would have to be extremely well-choreographed.  If SEALs carrying black backpacks were the ones responsible for the Boston Marathon explosions, then why in the world would the FBI come out and announce "We're looking for someone with a black backpack"?  The government may be comprised of a bunch of bumbling morons, but let's give the stooges some credit.