Exposed: Police and FBI are responsible for Boston Marathon attacks 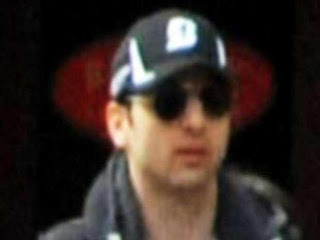 Earlier today it was reported that alleged Boston bombing mastermind Tamerlan Tsarnaev may have played a part in gruesome triple homicide in 2011 which has remained unsolved.   The murders took place around the tenth anniversary of the September 11 attacks, and one of the victims was a former roommate of Tsarnaev, Brendan Mess.

According to police, the three men were found in an apartment in Waltham with their heads nearly decapitated.  A large amount of marijuana had been sprinkled over the bodies and thousands of dollars in cash were also found at the scene.  "We are looking at a possible connection with the suspect in the marathon atrocity and this active and open homicide in Waltham,'' said Stephanie Guyotte, a spokeswoman for the Middlesex County District Attorney, to ABC News.

Although the investigation has been active for more than a year, authorities admitted they have had few leads.
Which leads us to wonder, just how in the hell did Middlesex County authorities overlook Tamerlan Tsarnaev?  If these reports are true, this would suggest that the local law enforcement is as capable of conducting an investigation as the typical Walmart cashier is as capable of piloting a Boeing 747.

When the grisly murders occurred in September of 2011, Tamerlan Tsarnaev was already known to the local police as well as to the FBI.

On July 28, 2009, Tsarnaev was arrested for allegedly assaulting his girlfriend, according to Cambridge Police Department records.

In early 2011, Russia asked the FBI to look at Tsarnaev's activities, claiming that Tamerlan was a follower of radical Islam. And just four months after the gruesome slaying of his on-again-off-again roommate and two other men, Tsarnaev goes to Russia.  When he returns, he posts Jihadist videos on his YouTube channel.

Michael McCaul, a Republican who is chairman of the House Homeland Security Committee, recently stated: "We know he's starting to radicalize in 2009. ... I could speculate that he was probably going over there [Russia] more often."

The moment the bodies were found in September 2011, Tamerlan should not only have been a suspect, he should have been the prime suspect.  The fact that marijuana was sprinkled over the corpses and thousands of dollars were not stolen from the scene should indicate to anyone with a functioning brain that the motive had nothing to do with a dispute over drugs or money, nor was it a home invasion gone awry.  It was obviously a message... sent by someone who disapproved of drug use.  Someone like a radical Muslim. 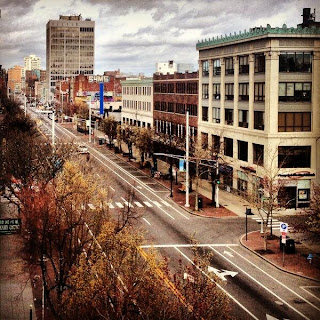 Based on what we know, along with the information that was readily accessible to law enforcement at the time, we here at JOTB would like to "reconstruct" a conversation that surely must've taken place behind closed doors at some police station in Massachusetts:

Detective 1: "Any new information on the triple homicide?"

Detective 1: "What about the guy Brendan Mess used to stay with?  Justin Timberlake?"

Detective 2: "No, his name is Tamerlan Tsarnaev."

Detective 1: "Yeah, him.  What do we know about this Timberland fellow?"

Detective 2: "Him and the deceased used to train together down at a gym called Wai Kru in Allston.  Brendan used to crash at his apartment a lot, until they started arguing.  Apparently Tsarnaev didn't approve of Brendan's lifestyle after becoming a devout Muslim.  Called him an infidel once."

Detective 1: "Hmm, I remember once seeing a video of a Muslim extremist decapitating an American infidel.  What was the man's name?  Oh, Daniel Pearl.  If only we knew of a radical Muslim who knew Brendan Mess, then we might be able to crack this case wide open."

Detective 2: "I was thinking the same thing, especially since the triple homicide took place around the ten year anniversary of the New York attacks, so I ran Tamerlan Tsarnaev's name into our computers."

Detective 1: "And what did you find out?"

Detective 2: "Not a thing.  This guy is as clean as a whistle.  He was arrested in Cambridge a few years back for allegedly assaulting his girlfriend.  A few months ago, Russia told the FBI to watch out for this guy... word around Moscow was that he was some kind of Chechen Jihadist.  So we can rule him out, he's a regular choirboy."

Detective 1: "What about the Department of Homeland Security?  Did they have anything to say about Timberlake Timberland?"

Detective 2: "Only that he became radicalized back in 2009.  DHS thinks he makes regular trips back and forth to Russia.  That's where he is now, come to think of it."

Detective 1: "Well I guess that rules him out, since no one in their right mind would commit a triple a murder and then flee the country."

Detective 2: "Back to the drawing board, I guess."

Detective 1: "Dammit, Steve.  If only we had something to go on.  Looks like this one's going to remain unsolved forever.  Well, I'm beat.  Let's go grab some donuts."

Now, whether or not Tsarnaev committed the triple murders isn't important.  There may not have been enough evidence for a conviction, but surely there would've been enough evidence to make an arrest.  Even if Tsarnaev managed to beat the murder charges, he would've languished in a jail cell for at least a year until the trial, since no judge in his right mind would let him out on bail considering the severity of the charges.  With Tamerlan in jail, he wouldn't have been able to corrupt his younger brother, therefore he would not have been able to mastermind the Boston Marathon attacks.

If Tamerlan was found not guilty of the triple homicide, his financial resources would've been depleted during the time he would've been in jail and by the legal fees from the ensuing trial.  Without a penny to his name, he wouldn't have even had enough money for bus fare to Fenway Park, let alone trips back and forth to Russia.

Even without being charged, Tamerlan's ability to pull of the bombings would've been severely compromised.  Just being named a suspect in the homicide would've put him under increased scrutiny.  That's why murder suspects are always told "don't leave town".

In any scenario, the Boston Marathon bombing plot would most likely have been thwarted, if only Tamerlan had been named a suspect in the triple homicide.


But, instead, Tamerlan and his brother went on a mission to kill and maim, leaving behind the blood of over a hundred innocents.  An eight-year-old child now lies in a casket beneath the cold damp New England soil.  Lu Lingzi, a brilliant student, came to America in the hopes of starting a new life; she left in a bodybag.  Krystle Campbell and Sean Collier never got to see their 30th birthdays, and dozens will never be able to walk again. 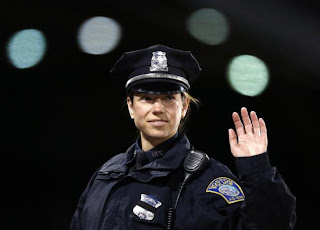 Meanwhile, the same people who failed to link Tsarvaev to the veritable beheading of his roommate are feted as heroes at the beginning of ballgames and paraded around like prize-winning pigs at the county fair.  The same people who failed to heed warnings from Russia are labeled as patriots.  These are the people responsible for the Boston Marathon bombings, perhaps indirectly, but the role they played is every bit as crucial to the final outcome as the moment when two young Chechans filled a pressure cooker with nails and ball bearings. 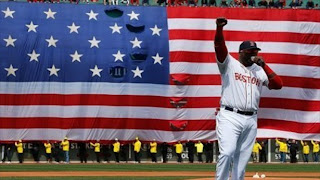 Yet, in a way, the blame for this tragedy, and all tragedies, rests not only on the shoulders of terrorists or those who failed to capture them when they had the chance.  The blame rests on the shoulders of all of us.
You see, the threads in the tapestry of life are inexorably interwoven, and all of us have blood on our hands, in one way or another.  The child you tease and torment today will take a gun to school a few years from now and snuff out the lives of his teacher and classmates.  Perhaps tonight, you'll resist the urge to take away the car keys from an intoxicated friend, who will later crash into a tree.  The insult you gave to the homeless man who just begged you for a dollar might be the push over the edge that drives him to suicide.  We may all be murderers, unaware and blissfully ignorant.

Each moment of action, and each moment of inaction, ripples the surface of the water- perhaps resulting in a tsunami which drowns an entire village halfway across the world.  The unfortunate reality is that if you want to peer into the eyes of a murderer, you don't have to visit death row- you just have to look into the mirror.