on April 20, 2013
What do Joe Berti, Jessica Ghawi, and Stephen Barton all have in common? 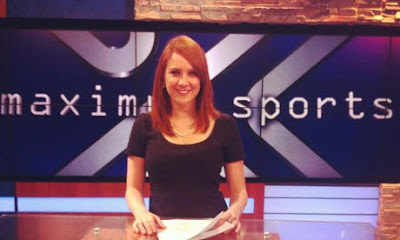 Jessica Ghawi was a sports reporter who was quickly making a name for herself, landing a position with the NHL's Colorado Avalanche franchise and writing for the blog Busted Coverage.  She was was killed when James Holmes opened fire on a packed midnight showing of "The Dark Knight Rises" in Aurora, Colorado.  Shortly after her death it was revealed that she had narrowly escaped being gunned down a month earlier during the Eaton Center mall shooting in Toronto, June 2.

Ghawi, who wrote under the name Jessica Redfield, described her near-miss in Toronto on her blog:

I can’t get this odd feeling out of my chest. This empty, almost sickening feeling won’t go away. I noticed this feeling when I was in the Eaton Center in Toronto just seconds before someone opened fire in the food court. 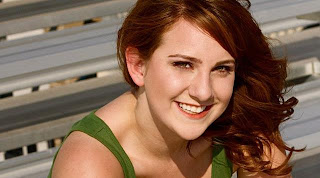 She and her husband, Lonnie, traveled from their home in San Antonio, Texas, to help Newtown families with their grief. She came to offer her connection as a mother of a massacre victim, she said.

The odds of one family having connections to the shootings in Aurora, Newtown, and Toronto have to be pretty slim.  Yet, Jessica Ghawi is just one of several individuals with bizarre ties to everything from the Boston Marathon explosion, Sandy Hook, and Aurora, to the April 18 explosion at a fertilizer plant near Waco.  Let's indulge our inner conspiracy theorist and explore a few more strange coincidences. 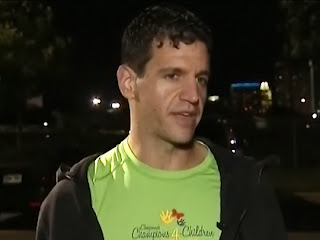 The bomb at the finish line of the Boston Marathon detonated just seconds after Berti finished the race.  Lucky to be alive and uninjured, Berti returned to his home state of Texas and witnessed the fertilizer plant explode near Waco.  He was heading home on Interstate 35 on Wednesday night when he survived his second explosion in two days.

Berti was one of 8 runners in Boston running for a Texas-based charity, Champions4Children, which helps kids with rare diseases.  It's also worth noting that Jessica Ghawi was also involved with a Texas-based charity which helps kids with rare diseases.  According to her obituary, Ghawi was involved with an organization called the Little Fighter Foundation.

Strangely, if you attempt to visit this charity's website, you'll be greeted with a message from GoDaddy reading:

NOTICE: This domain name expired on 04/17/2013 and is pending renewal or deletion

Isn't that interesting?  The domain expired just two days after the Boston bombings and one day before the chemical plant explosion near Waco.  If you check out the San Antonio Convention & Visitors Bureau website, you'll see a page dedicated to Jessica designed to solicit donations for something called the Jessica Ghawi Memorial Fund.  Started by her family, a portion of each donation will go to the now-defunct Little Fighter Foundation.  Yes, that's right- even though this charity no longer appears to exist, the SACVB continues to ask for donations.  Jessica's mother, Sandy Phillips, is former SACVB Tourism Sales Manager.

"San Antonio operates a $4 billion-a-year visitor industry and had booked more than 700,000 room nights this year, as of October, according to the SACVB."- Bizjournals.com 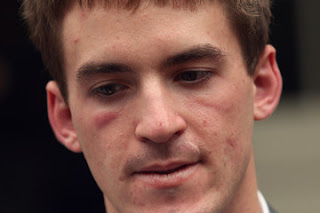 Barton embarked on a cross-county bike trip and found himself in Aurora, Colorado.  He decided to catch the midnight showing of "The Dark Knight Rises".  He survived multiple gunshot wounds and became a poster child for Michael Bloomberg's group "Mayors Against Illegal Guns", appearing in several political campaign commercials.

In one ad, Barton is seen sitting alone in a movie theater.  "This past summer in a movie theater in Colorado I was shot," he says. "But I was lucky. In the next four years, 48,000 Americans won't be so lucky because they'll be murdered with guns in the next president's term. Enough to fill over 200 theaters.  So when you watch the presidential debates, ask yourself: Who has a plan to stop gun violence? Let's demand a plan."

Barton faded from the public spotlight for a while, until the Sandy Hook massacre, when it was reported that Barton lives right outside of Newtown, Connecticut.  Local news outlets rushed to get an interview from the man who lived through two of the worst mass shootings in American history- shootings that happened nearly two thousand miles apart.

"Even now I'm discovering personal connections to the elementary school, just people I know who either were working there or knew people who have been killed," he says in one television interview. "I never would have thought in a thousand years that this community, this small community right down the road from where I grew up would be affected by gun violence in this way."  He then added, "Our country is long overdue for a serious discussion about guns about mental health."

Barton was even quoted by numerous media outlets during the Boston Marathon bombings, Tweeting:

In perhaps the most bizarre coincidence to ever happen in the history of planet Earth, Stephen Barton's LinkIn profile states that he attended Davis School of Russian at Middlebury College.

"He plans to travel to Russia later this year", stated Syracuse.com, after the Aurora shooting.

"A recent graduate of Syracuse University, Barton was planning on moving to Russia to teach English on a Fulbright Scholarship this September"- MayorsAgainst IllegalGuns.org


Who knows, maybe Barton not only survived Aurora and Sandy Hook, but also was the negotiator who talked Dzhokhar Tsarnaev out of the boat in Watertown!

Let's put this into mathematical and statistical perspective.

Based on current figures, the odds of an "Average Joe" getting shot are a mere eight in 1,000 (or 1 in 125).  Shot inside of a movie theater?  That raises the odds to 4,947,500 to 1.  The odds of being shot inside of a theater (Stephen Barton) while in the presence of someone who had survived a previous mass shooting incident (Jessica Ghawi)?  The chance of this happening is 1 in 246,850,000,000.  The odds that one of the victims is an American who also happens to be fluent in Russian?  Well, since there are approximately 6,500 different languages in the world, this would raise the odds to a mind-blowing 192,200,000,000,000 to 1.  The odds of a Russian-speaking person from the Newtown area getting shot inside of a Colorado theater along with a person who survived a previous mass shooting incident? Hold onto your hats, folks... the odds of this happening (assuming my math skills are correct), would be 5,766,000,000,000,000,000 to 1.

In other words, you're more likely to be struck by lightning on the same day that your house is destroyed by a meteor.  You're more likely to become a president who drowns in his own bath tub.  You are more likely to hit a game-winning home run in Game 7 of the World Series and then get bitten by a shark who, in turn, gets struck by a satellite falling from the sky, than to be a Russian-speaking Newtown local who survives a movie theater shooting while sitting in the same theater as a woman who has survived an earlier mall shooting.