The official narrative concerning the Sandy Hook massacre has been morphing and evolving since the morning of December 14.  Yesterday, the media released a new never-before-seen photo of Adam Lanza, in which the alleged shooter's creepy expression could best be described as "maniacal".  Coupled with other recent revelations about Lanza, the public has essentially been brainwashed into believing that Adam Lanza was an antisocial loner, a geek with no friends obsessed with video games and mass murderers, who stockpiled everything from guns and knives to samurai swords.

It seems that everything we know about Lanza was discovered after the fact, as if Adam was a blank canvas and media outlets were painters armed with brushes.  First, Adam was Ryan.  Next, Adam's girlfriend was missing somewhere in Jersey.  Then Adam was autistic, until the media conspired to depict him as a mad genius.  You can almost hear the network bigwigs struggling to reach a consensus about what Adam was or wasn't on any given day:

"Hey, Bob, just got off the phone with CNN.  They want to go with the angle that Adam's mom was a wacky survivalist."

"Ok, Lou, we'll go with that.  But call them back and tell them we're ditching the autism angle... too controversial.  From now on, Adam suffered from Asperger's."

"The Associated Press wants Adam to be obsessed with serial killers.  Can we work that into our coverage?  Also, they think it would be great if we could make Nancy Lanza a substitute teacher at the school.  That'll play well with suburban housewives ages 30 through 40."

"That's ridiculous, Bob.  No one's going to buy that.  Call up Gary at HuffPo and tell them we need a picture of this kid.  We can't seem to find any, except for this creepy one that looks Photoshopped."

"Hate to burst your bubble, Lou, but that's the only one they've been able to get so far.  He looks too normal in the other photos.  We can't have him looking like a regular kid.  We need crazy eyes.  Crazy eyes sells newspapers!  Haven't you learned anything from the Jared Loughner incident?"

"The feds just called.  There's a whole bunch of gun legislation in the works.  The Big Chief wants us to focus on the assault rifle."

"Dammit!  We already told the NRA that we're going to play up the video game angle!"

And on and on it went, the official narrative changing and evolving.  Pieces were cut, new pieces were added, until finally we have the current portrait of Adam Lanza- a mentally unstable recluse with no friends, a kid who hadn't spoken to his brother in years, who severed ties with his father, who wanted nothing more than to be left alone.  Neighbors couldn't recall seeing him, classmates couldn't remember him.  He was a ghost.

But what about all of those early pieces of the puzzle which no longer fit?  They appear to have been swept under the rug.  One such puzzle piece was Adam Lanza's "missing" girlfriend.  What the heck ever happened to her?  She appears to have been left on the cutting room floor after the media decided they didn't want to play up the Bonnie and Clyde angle (too outdated, probably). 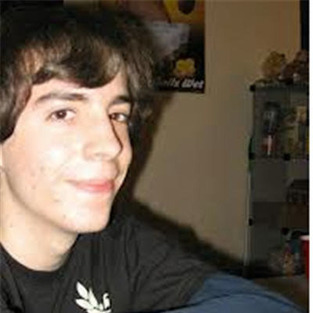 For example, here's one report from the day of the shooting by Pete Yost of the Associated Press, which appeared on the Fox News website:

Both officials spoke on the condition of anonymity because they were not authorized to speak on the record about the developing criminal investigation.

The first official said Adam Lanza is dead from a self-inflicted gunshot wound.

According to the second official, the suspect drove to the scene of the shootings in his mother's car. Three guns were found at the scene — a Glock and a Sig Sauer, both pistols — and a .223-caliber rifle. The rifle was recovered from the back of a car at the school. The two pistols were recovered from inside the school.

The official also said Lanza's girlfriend and another friend are missing in New Jersey.


Now, obviously this was published after the Ryan/Adam mixup had been clarified, and the report of a missing girlfriend came not from an unreliable source, but from a law enforcement official.  This person would not have gone on the record making this statement unless he/she had credible evidence.  In other words, this law enforcement official was talking about Adam's girlfriend, not Ryan's (Ryan had already been exonerated by this time).

If you think this was just one of the many accidental misrepresentations which took place on Dec. 14, think again.  The following day, after many of the false rumors and premature reports had been cleared up, the Associated Press continued to follow the story of Lanza's missing lover.  On the following day, Dec. 15, it was reported:

One of the officials said earlier Friday that a girlfriend of one of the Lanza brothers and another friend were missing in New Jersey. Subsequently, the third official said police had talked with the girlfriend. One of the friends had to be reached in California, so it took some time.


Could this missing person have been Ryan's girlfriend and not Adam's?  This wouldn't make sense, since Ryan had been cleared of all wrongdoing for at least 24 hours by the time this article had been published.  Who cares about the whereabouts of a girl who may or may not have been dating someone who wasn't even part of the Newtown incident?  It's a non-story of absolutely zero importance.

Furthermore, if Ryan or Adam's girlfriend had been missing, how on Earth would the authorities even know this fact at such an early point?  The authorities confirmed the story about the missing girl even before they confirmed that Nancy Lanza had been killed!

If the "third official" had talked with the girlfriend, as claimed by the authorities themselves, this wouldn't have been a newsworthy event on Dec. 15th unless the girlfriend was believed to have been dating Adam, plain and simple.

Although Ryan was cleared on any wrongdoing on the morning of Dec. 14, numerous sources continued to report on Adam's missing girlfriend:

"Lanza may have been developmentally disabled and no one has been able to locate his girlfriend."- Mediaite.com, Dec. 14, 4:57 pm.

"A second law enforcement official says the boy's mother, Nancy Lanza, is presumed dead. Lanza's girlfriend and another friend are missing in New Jersey, the official also said. Police say 27 people were killed in the shooting at a Connecticut elementary school, including the gunman, and one person died at another scene. The dead at the school include 20 children. Adam Lanza's older brother, Ryan, 24, of Hoboken, N.J., is being questioned by police, said the first official. Earlier, a law enforcement official mistakenly transposed the brothers' first names."- KPLU.org, Dec. 14

"Adam does appear to have had a girlfriend who the AP says has gone missing, along with a friend of his."- The Atlantic Wire, Dec. 14

All of these reports (which had been corroborated by official sources) were published after Ryan was cleared of any wrongdoing, which means that the officials were indeed referring to the girlfriend of Adam Lanza.

Inexplicably, even though the police had located and spoken to this alleged girlfriend, nothing more was ever written about her.  It's almost as if she had been invented out of thin air in an effort to create an early narrative, in which Adam was depicted as one half of a Bonny and Clyde/Natural Born Killers dastardly duo.  But somewhere along the line, it was decided that this type of story had been done to death since the Prohibition Era and, besides, how would that type of depiction sway public opinion against guns and video games?

Once again, you can almost hear the conversation between media executives.....

"Say, Bob, our research shows that no one cares about the Bonnie and Clyde angle."

"You're right, Lou.  Alright, let's kill off the girlfriend.  From now on, Adam Lanza is going to be a crazy-eyed misanthrope living in his mom's basement, spending all his time reading comic books."

"Get with the times, Bob!  No one reads comics anymore.  Video games.  Violent video games.  The public will go for that angle."

"Lou, you magnificent bastard, you're a genius!  Alright, call up Reuter's and the AP and tell them we're dropping the missing girlfriend.  Tell 'em we've got a brand new version of Adam Lanza that'll knock their socks off."