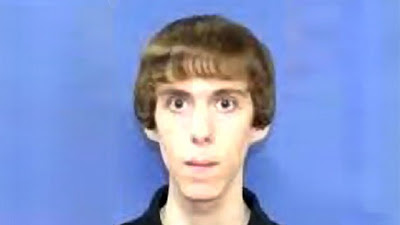 Five months after Sandy Hook, the long-awaited toxicology results are finally in.  According to the report prepared by Chief Medical Examiner Dr. H. Wayne Carver, no prescription drugs or illegal substances were found in Adam Lanza's body.

An article published today by Mail Online quotes Mary Ellen O'Toole, a former FBI profiler, who stated that Lanza's test results support the theory that his attack was focused and well planned.  The Mail Online article goes on to state that investigators had previously confiscated a number of self-help books from Lanza's home, including "Look at Me: My Life With Asperger's", "Born on a Blue Day: Inside the Mind of an Autistic Savant", "Train Your Brain to Get Happy".  An NRA guide to shooting was also found in the home, along with an NRA certificate bearing Adam Lanza's name.

This is interesting, because on March 28, Journal of the Bizarre published photocopies of the official list of items seized from Lanza's home by the authorities, and while the official documents do in fact make reference to the NRA certificate, they fail to mention any of the "self-help" books, or the NRA manual.  Additionally, the NRA has publicly denied the validity of the police documents, stating that the Lanzas had no affiliation with the group.

Is is possible that these books may have been planted in order to "sell" the story and push a political agenda?

This is entirely possible, since the toxicology results seem to tear apart the theory that Lanza was "focused" when he fired off 155 shots in a span of five minutes at Sandy Hook Elementary.  If Adam Lanza did suffer from Asperger's syndrome, he almost certainly would have been prescribed a variety of medications in order to treat the symptoms.  According to the Mayo Clinic, guanfacine is often prescribed to treat hyperactivity and inattention in young adults with Asperger's.  Risperadone is also a common prescribed drug which treats agitation and irritability.  Aripiprazole, fluvoxamine, olanzapine, and naltrexone are also commonly prescribed in order to control repetitive behaviors associated with Asperger's.

If Lanza had made the decision to take himself off these drugs, would he even have the mental clarity, focus, and bravado to pull off the massacre in the first place?

Some people point to mass killers like Virginia Tech gunman Seung-Huo Cho, who had been prescribed anti-depressants but whose autopsy revealed no trace of drugs, leading some to speculate that mass killers stop taking their medication in order to have a clear head during their killing sprees.  Even former FBI profiler O'Toole adheres to this theory, stating: "His thinking was not blurred or flawed in any way", and that the absence of drugs in his body fits the pattern of other mass killers.

The problem with this theory, however, is that Lanza didn't suffer from depression like other killers, so he wouldn't have needed to take himself off drugs in order to have a clear head.  With Asperger's, the best way to make sure that you have a clear head is by taking something like guanfacine-- not by taking yourself off of the medication.

Another interesting detail is that authorities claim to have confiscated a copy of  "Born on a Blue Day: Inside the Mind of an Autistic Savant".  Savant syndrome is a condition in which a developmentally disabled individual develops prodigious capabilities far above normal.  Savants are brilliant in certain aspects, even if they have a very low IQ.  If Lanza was an autistic savant, why did he have a mere 3.26 grade point average, or a 3.0 GPA in “Principles of Macroeconomics”?

Where is the "brilliant genius"?  Some say that Lanza was a computer whiz.  If this is true, then why would a computer whiz smash his hard drive with a hammer, leaving enough evidence behind for the authorities to retrieve?  Surely a computer genius would be smarter than that.

Ultimately, today's disclosure of Adam Lanza's toxicology results fail to dispel any of the numerous conspiracy theories surrounding Sandy Hook.  In fact, the five month delay in itself is more revealing than the information contained in Dr. Carver's report.  Here is a list of some notable deaths in recent years, and the period of time between the date of death and the date of the toxicology results being made public:

So, how is it that the toxicology reports of famous big city celebrities (many of whom had a laundry list of drugs in their bodies) were released within weeks, while it took nearly half a year to announce that a small town college dropout like Adam Lanza didn't have a single drug in his system?