on May 24, 2013
Gubernatorial Candidate Claims Boy Scout Jamboree May Be Target 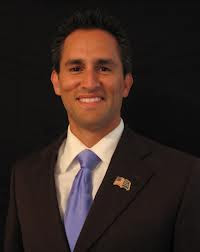 David Lory VanDerBeek, a 2014 gubernatorial candidate from Nevada, claims that he has reason to believe that the next "false flag" event may occur at the 2013 National Scout Jamboree, possibly in the form of a biological attack.  VanDerBeek, who himself attained the rank of Eagle Scout, stated last week on his website that insider sources notified him of a “FEMA mass casualty drill” slated for the month of July.  He added that information regarding the drill has been kept secret from the public.

VanDerBeek points to the fact that, after nearly three decades, the location of the Jamboree had been moved to The Summit Bechtel Family National Scout Reserve near Mount Hope, West Virginia.  The annual event- which attracts around 50,000 scouts- has traditionally been held at Virginia's Fort A.P. Hill, an active duty army base.

VanDerBeek stated that the new location does not offer the same level of accessibility or security, thereby making it a possible target.  “It’s clear that you will not have the resources you would at the Fort A.P. Hill base. It’s much less secure and unguarded if someone wanted to enter the camp from any direction. The trees would hide them on their way in and out,” stated the gubernatorial candidate.

West Virginia’s Division of Homeland Security and Emergency Management has been appointed to provide support for the event.  Governor Tomblin signed an executive order last year granting DHS, FEMA, and the National Guard martial law over the event, stated VanDerBeek.  In 2011, the Register-Herald reported:

“The order designates the West Virginia Division of Homeland Security and Emergency Management as the principal coordinator for federal, state and local agencies providing support for the Summit Bechtel National Scout Reserve before and during the Jamboree.”

Why poison?  VanDerBeek pointed to the Bechtel Corporation’s previous shady activities, such as providing "poisonous" mobile homes to Hurricanes Katrina and Rita victims. “In sum, if you were evil and you wanted to sponsor a terrorist event on your property because that is who you are? Think Bechtel,” quipped VanDerBeek.

Are these just the ramblings of an attention-seeking politician?  Or could VanDerBeek be on to something?  JOTB decided to investigate, and we have uncovered some startling information.

In April, JOTB was the first to discover that FEMA paid large sums of money to first responders in Sandy Hook and Watertown, Massachusetts- months before the Newtown massacre and the shootout with the Tsarnaev Brothers.  Our theory is that false flag events cost a lot of money to stage; therefore, by following the "money trail", it should be possible to pinpoint locations which might be used to stage these false flag events.

It is our opinion that FEMA may be using its grant programs in order to funnel money to fire departments and ambulance companies, which act as "fronts" for nefarious government activity.  We believe that FEMA's Assistance to Firefighters Grant Program and SAFER grant programs are used to fund false flag events.

Why would FEMA filter money through firefighters and EMTs instead of through law enforcement?  The answer is simple.  Most recipients of AFG and SAFER grants are small volunteer departments in rural areas, which makes it easier for the federal government to hide its paper trail.  There really aren't any "volunteer" law enforcement agencies in the U.S., and filtering money through police departments would be an activity that would be nearly impossible to cover up.

FEMA's website states that these grants are part of a bigger "scheme" known as the National Incident Management System (NIMS).  FEMA states:

"The National Incident Management System (NIMS) defines preparedness as "a continuous cycle of planning, organizing, training, equipping, exercising, evaluating, and taking corrective action in an effort to ensure effective coordination during incident response."  This 'preparedness cycle' is one element of a broader National Preparedness System to prevent, respond to, recover from, and mitigate against natural disasters, acts of terrorism, and other man-made disasters."

The money from these grants can easily be used to fund God-only-knows.  The FEMA website lists the recipients of each grant, along with an incredibly vague description of what the money is supposed to be spent on.  This includes such vagaries as "training" and "equipment", which (based on the description of NIMS) can mean anything from a new ladder on a truck to bulletproof vests and riot gear.

In order to avoid this becoming an excessively lengthy blog post, we've decided to break this investigation into two parts.  In our next post, we will reveal what we have uncovered in regards to FEMA's money trail in West Virginia.
Big Brother conspiracies David Lory VanDerBeek false flags FEMA