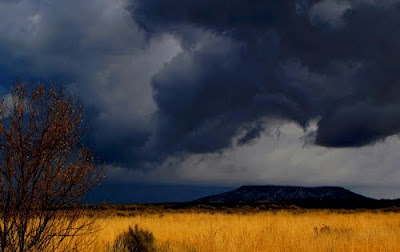 We've posted several articles about the persistent "unexplained" booms and explosions which have been taking place with increasing frequency around the United States in recent months.  We say "unexplained" because although we believe we have explained this phenomenon, so-called researchers continue to overlook the mounting pile of evidence we have compiled, which seems to suggest that these unexplained booms are not the result of secret military experiments or extraterrestrial activity, but are related to illegal mining for silica sand- a commodity worth it's weight in gold because of its importance in the hydraulic fracturing ("fracking") process.

In previous posts, we have established an indisputable link between the locations of these mystery booms and the presence of legal silica mining operations.  Additionally, we have discovered that the frequency of these booms tend to increase during periods of high demand for industrial silica and "frac sand".  US Silica, one of America's largest producers of silica sand, tallied $400 million in sales in 2012, up from roughly $295 million in 2011, and approximately $150 million in 2009.  Other silica mining companies have reported similar increases in profits, with 2013 poised to be a record year.

Although we have reported our findings to several so-called researchers, our explanation has failed to put an end to the crazy and wild theories put forth by these people; it appears that they'd rather believe the fantastical explanations over the logical ones.  One such researcher who is leading the charge is the esteemed Linda Moulton Howe, whose Earthfiles website tracks and archives reports of these mystery booms.

Once again, just as we have done several times previously, we will prove that the most recent reports of mystery booms can be easily explained, and that the culprit isn't the government or aliens, but most likely illegal silica mine operators.

According to the Earthfiles website, a loud boom occurred around 8:40 pm.  A witness's report says that a second boom occurred four minutes later, and the fire and police departments were dispatched to find the source of the explosion.

Not surprisingly, Bentley, in Sedgwick County, has a long history of silica mining.  It was the home of the now-defunct Bentley Sand Co., and according to the Kansas Geological Survey, the area is part of the Simpson sandstone formation, which lies beneath most of Sedgwick County.  The Sedgwick basin is also the site of numerous oil and natural gas operations.

The recent Earthfiles reports claim that more booms have been heard in  southern Illinois- a state with an ongoing epidemic of mystery booms.

Since we've addressed the Illinois mystery booms in two previous blog posts, we can sum up our explanation quite simply- Illinois ranks 2nd in silica production out of all 50 states.

According to a witness, a loud boom occurred between 5:30 and 6:00 pm.  The witness claims that the boom sounded like thunder, and that the sky appeared as though a storm was coming.  The witness ruled out the possibility of thunder, stating: "If it had been a typical thunder/lightning strike, there would have been a few seconds between the lightning and the thunder."

Obviously, this is not the case.  Thunder isn't always accompanied by lightning and lightning isn't always accompanied by thunder, and they don't have to occur at precisely the exact time, nor does there need to be a few seconds between the lightning and the thunder.  According to the NOAA's National Weather Service archives, storm activity did take place in the area at the time of the "mystery boom".  This boom was simply nothing more than thunder.

A witness claims that around 5am, he/she heard a loud explosion.  This is the latest of several "mystery boom" reports coming from the Hardin County and Lousiville areas of northern Kentucky.

The USGS reports that there are a staggering 25 different sandstone formations in the state of Kentucky- all located in the areas where mystery booms have been reported.   If you look at this map created by the University of Kentucky which shows the mineral resources of the state, you'll notice a lot of yellow in the vicinity of Hardin County.  According to the map's key, this indicates glacial outwash sand- the type of sand which is ideal for frac sand.  If you study the map, you'll also notice that there are several markings in the area in which these mystery booms were heard which indicate the presence of both operational and abandoned sandstone quarries.  Once again, this mystery boom fits Journal of the Bizarre's theory.

At approximately 10 pm on the evening of May 5, several residents of Shingletown, in Shasta County, heard a loud explosion which shook houses and rattled windows.

Like every other locale in which these mystery booms are heard, Shasta County has extensive silica mining operations.  In nearby Redding there is Mountain Gate Quarry, where silica and sand are mined.  Sand and silica mining is so prevalent in the area, in fact, that our YellowPages.com search turned up a whopping 27 different companies which mine or sell silica sand in Shasta County.

Quarriesandbeyond.org lists over 30 different limestone, marble, and granite quarries in Shasta County alone.  The website also states that this number does not include sand or gravel quarries in the county-- there would obviously be too many to list.


Once again we have shown that there is an undeniable link between mystery booms and silica mining, and we will continue to do so as long as new reports continue to come in, until the so-called "researchers" have no choice but to accept that our explanation of this "unexplained" phenomenon is the correct one.