New Immigration Bill would add YOU to National Database 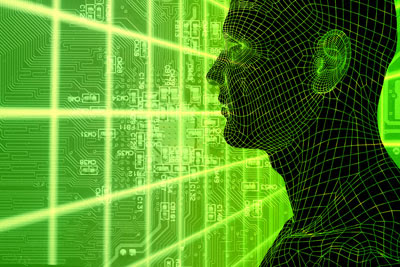 News outlets have casually reported that the Senate has begun debating over immigration reform.  However, what the media failed to mention was that, buried somewhere in the 800 pages of bipartisan legislation is a provision mandating the creation of a national biometric database.  Administered by the Department of Homeland Security, this database would contain the names, Social Security numbers and photographs of everyone in the country with a driver’s license or other state-issued photo ID.

This new legislation would require employers to look up every new hire, in order to verify that their name matches up with their picture.  Known as the Border Security, Economic Opportunity, and Immigration Modernization Act, this bill has already attracted the attention of groups such as the American Civil Liberties Union.  Chris Calabrese, an ACLU lobbyist, states, "It starts to change the relationship between the citizen and state, you do have to get permission to do things. More fundamentally, it could be the start of keeping a record of all things.”

Although the database is intended to be used solely for the purpose of halting the employment of undocumented immigrants, many fear that the system could be easily abused and may be applied to other aspects of everyday life in America, such as buying a house, purchasing firearms, and even voting.

Critics point out that the federal government may use this database as they have used Social Security numbers.  Originally designed to track government retirement benefits, the Social Security Number has evolved into a national identification system.

In the "old days", Big Brother could only track you if you had his card in your wallet.  If this new bipartisan legislation passes, however, Big Brother will have your photograph in his wallet!