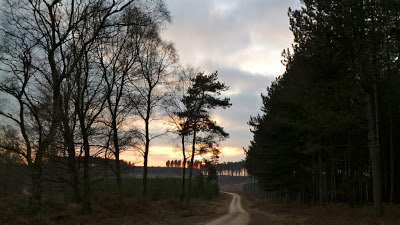 Since the 19th century, the expanse of woodlands in the county of Staffordshire known as Cannock Chase has been a haven for all things paranormal and unexplained.  Though encompassing an area of just 26 square miles, Cannock Chase has been the setting for alleged sightings of UFOs, Bigfoot, werewolves, hell hounds, ghosts, demons, and everything in between.

Lee Brickley, a British paranormal researcher and ufologist, maintains the Paranormal Cannock Chase blog, in which he shares some of his personal experiences with the famously spooky location.  Earlier this week, Brickley wrote a terrific post about demonic black-eyed children, which provides an interesting twist to the BEK ("black eyed kids") phenomenon.


According to Brickley, these demonic black eyed children are considered to be the offspring of evil entities and demon/human hybrids.  Those of us here in the United States have heard these explanations before, but Brickley goes one step further by drawing parallels to figures from medieval England, such as "Cambion", who was said to have taken the form of a mischievous child, leading pursuers to their deaths.

Brickley's article, which is one of the better ones we've found on the subject of demonic children, can be read here.