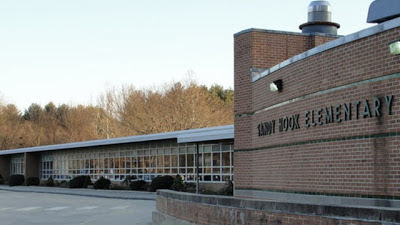 June 14 marks the six month anniversary of the Sandy Hook shooting in Newtown, Connecticut, and many of us are still asking ourselves if we have come any closer to finding out the truth about what really happened on that morning in December.  The answer, sadly, is no.  While other mass casualty events have taken place since Newtown, the truth about Adam Lanza and his victims remains hidden behind an impenetrable wall of secrecy- a wall erected by those who makes the laws, those who are sworn to uphold the laws, and even the parents of the victims themselves.

Since December, Journal of the Bizarre has been on the forefront of independent investigation into the Sandy Hook massacre, uncovering evidence that has been overlooked by professional journalists, independent researchers, and "conspiracy theorists" alike.  Since half a year has elapsed since Newtown, we've decided to summarize the facts we have uncovered since beginning our investigation.

But, first, in order to put things into proper perspective, let's look at the recent school shooting that took place at Santa Monica College on June 7, 2013.  Just hours after the shooting, authorities released surveillance camera footage showing the gunman, John Zawahri, entering the school.  Yet, authorities in Connecticut cannot or will not produce a similar image of Adam Lanza.

Next, let's go back to the Boston marathon bombings.  Just hours after Tamerlan Tsarvaev was killed by police in Watertown, Massachusetts, the death photo of the bombing mastermind was leaked to the public by an unidentified police officer.  Not only have the authorities in Connecticut refused to release information on their own accord, there hasn't even been a leak of information.  Not even a drip.

It's the total "watertightness" of the official Sandy Hook investigation which raises eyebrows and leads to wild conspiracy theories.  Outside of totalitarian regimes, major newsworthy events aren't 100% controlled and manipulated by government.  This is the real reason why, six months later, millions of Americans still refuse to believe the "official" narrative.

As questioners of the "official" narrative, we've endeavored to find the truth.  While many questions remain to be answered, here is a recap of our independent investigation thus far:

Gene Rosen:  Even to this day, many people insist that Gene Rosen- who sheltered several of the Sandy Hook students in his home- was a "crisis actor" planted by the government.  Our research into Mr. Rosen suggests that he is not a crisis actor, and that the statements he made to media were truthful and accurate.

Robbie Parker: The father of one of the victims of Newtown, Robbie Parker has also been labeled as a crisis actor.  However, our investigation uncovered Parker's credentials as a physician's assistant and other personal details which prove, beyond a doubt, that Mr. Parker is not a crisis actor or part of a hoax or cover-up.

CNN Guilty of False Reporting:  Our investigation proved that Wayne Drash of CNN either fabricated an article about Adam Lanza, or that he is simply one sorry excuse for a journalist.  Drash interviewed Bob Skuba, a man claiming to be Adam Lanza's barber.  Our investigation revealed that Bob Skuba is not, and never was, a barber licensed by the state of Connecticut.  Our investigation also picked apart several other "facts" reported by CNN.

Lt. Paul Vance: Many of the Sandy Hook "truthers" went so far as to claim that the man spearheading the police investigation was a crisis actor.  We discovered, interestingly, that Lt. Vance did audition for a television show back in 2011.  Vance not only tried out for the reality show "Survivor" in 2011- he even used his influence to cut ahead in line ahead of others who auditioned.

Nancy Lanza:  According to the official narrative, Nancy was shot by her son at the Lanza home on the morning of December 14, 2012.  Inexplicably, the rifle shots were not heard by anyone.  JOTB's analysis concludes that this could not have been possible.

Stephen Sedensky Caught in Web of Lies: On Feb. 5, the prosecutor in charge of the case against Adam Lanza claimed that information about Lanza's mental health cannot be disclosed because of Connecticut Rules of Professional Conduct.  However, JOTB's analysis of the Connecticut Rules of Professional Conduct revealed that Sedensky was lying through his teeth, as these rules do not permit him to withhold the information.  We also uncovered several past incidents involving Sedensky which are disturbing (to say the least).

Adam Lanza: Our investigation addresses a peculiarity in a real estate database which shows that no one by the name of Adam Lanza was living at 36 Yogananda Drive.  Although Adam's name is absent from the list, the database shows that the house's inhabitants were Nancy Lanza, Ryan Lanza, and someone named John Riebe.

Sandy Hook Hired Phony Teachers: Our research into the credentials of the Sandy Hook teaching staff uncovered some startling facts, including the fact that some of the key figures of the Dec. 14th shooting were never licensed teachers in the state of Connecticut.

Adam Lanza's Disappearing Girlfriend:  Dozens of early reports mentioned the girlfriend of Adam Lanza.  Strangely, the media soon lost interest in this mysterious female.  Our investigation fails to find any evidence that such an individual ever existed.

FEMA Awarded Big Bucks to Sandy Hook PRIOR to the Massacre: Our investigation revealed that FEMA awarded Newtown emergency responders more than $143,000 in 2010.  Incidentally, JOTB also discovered that emergency responders in Watertown, MA (where the Tsarnaevs were apprehended) also received big bucks from Uncle Sam.

Lawmakers Take Extreme Measures To Suppress Evidence:  On June 2, it was reported that a bill privately crafted by Gov. Dannel P. Malloy’s office would permit authorities to withhold photos, videos, 911 recordings and other records which concern the condition of any victim of the Dec. 14  Sandy Hook shootings.  Connecticut lawmakers apparently have been bullied by Sandy Hook parents into drafting legislation that would illegally permit crucial information from being released to the public.  Not surprisingly, the bill would extend certain protections only to Sandy Hook families, while neglecting families of other victims of crime in Connecticut.  Perhaps the most damning proof yet uncovered which implies that Sandy Hook was either a hoax, conspiracy, or cover-up.