on June 21, 2013
Michael Hastings: Killed By The CIA, Or Reckless Crack Addict? 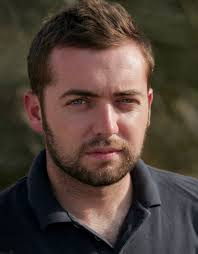 "Well, I have smoked crack. I recommend it for all writers to try at least once, especially to New Yorker staffers. It’s pretty good–it’s crack, after all–and down the crack pipe went my first semester at college. But torching a crack rock is very different from typing a Tweet."-Michael Hastings, February 9, 2010.


Ever since investigative journalist and Rolling Stone contributor Michael Hastings died in a fiery car crash in Los Angeles in the early morning of June 18, the Internet has been buzzing with talk of conspiracy.  Hastings made a name for himself in 2010 after Rolling Stone published "The Runaway General", a story which profiled Gen. Stanley McChrystal.  According to sources, Hastings was working on a story which would "expose" the CIA at the time of his death at the age of 33.

With all of the untimely deaths involving journalists who have cast the federal government in a less-than-flattering light (such as Andrew Breitbart and Gary Webb), along with all of the recent scandals involving the Obama administration, it's easy to imagine Michael Hastings being the target of some "payback".  It also doesn't help matters that, just hours before he died, Hastings allegedly contacted WikiLeaks lawyer Jennifer Robinson, claiming that the FBI was investigating him.  Or that Hastings had received his fair share of death threats over the years.  Surely he had made some powerful enemies, but was Hastings really important enough to be on the government's hit list?

Though Hastings has made some commendable contributions to the world of investigative journalism, the fact remains that his biggest accomplishment was bringing down an army general who, by all accounts, was pretty much on his way out long before the Rolling Stone story was published in the first place.  And "exposing" the CIA has been done to death since the late 40s, when the agency was still in its infancy.

Let's put things into perspective.  I'll admit that Hastings had an enormously bright future.  He made the right connections, sold the film rights to one of his books for big bucks, and had nowhere to go but up, up, and up.  However, up until just a few years ago Hastings was nothing more than a mediocre blogger with a tiny, but passionate, audience who lapped up his soapbox spiel like salivating cats before a bowl a milk.  Even after being published by the likes of GQ and Newsweek, he continued to blog for True/Slant, where he proved to be as influential as a third-string place kicker in the first quarter of a Super Bowl, crafting such hard-hitting articles as "The Army is a 24-Hour Gay Joke" and "My advice to journalists: Smoke crack, Twitter occasionally".  To date, his most popular "The Hastings Report" blog post on True/Slant has garnered less than 9,000 all-time views, while his 5th most-read article has tallied a whopping 1,105 views to date- and it's probably safe to say that many of those page views came within the last 48 hours.  By comparison, we have blog posts about unicorns, Bigfoot, and mermaids that garner more hits in one day than Mr. Hastings' posts have garnered since 2009.

Now, I'm not claiming that Hastings was an untalented hack- far from it.  However, there are hundreds of more influential journalists out there who are worthy of assassination, as well as dozens of influential high-profile media icons who specialize in digging up dirt on government agencies.

Hastings' most influential work has appeared in Rolling Stone, a magazine with a circulation of just 1,471,403.  Rolling Stone has the 55th largest audience out of all the magazines in the United States, falling behind such "game changers" as American Rifleman, Golf Digest, Food Network Magazine and FamilyFun.  If Michael Hastings posed such a threat that he had to be wiped out by the CIA, then I guess Rachel Ray will soon be getting a visit from an NSA death squad and Martha Stewart will be on the receiving end of a drone attack.

On the other hand, conspiracy king Alex Jones' YouTube channel receives 6 million views per month while his InfoWars website tallies several million more.  Conservative conspiracy guru Glenn Beck has one of the most listened-to radio talk shows in the history of radio, with an audience of 7.5 million weekly listeners.  George Noory's CoastToCoastAM has more than 3.5 million listeners, while Rush Limbaugh- who's no stranger to rubbing the government the wrong way- tops them all with an audience of over 14 million.  Any one of these iconic media figures could be perceived as more dangerous than Michael Hastings, and all of these media figures are undoubtedly more influential than Michael Hastings.

The bottom line is that Michael Hastings ran a red light and crashed his Mercedes into a tree at a speed in excess of 100 mph because, well, that's just the kind of person he was: a spoiled, self-righteous egomaniac and self-described drug addict from Vermont who grew up in an atmosphere of money and entitlement and became the darling of the liberal media, fawned over by the likes of The Huffington Post and The Daily Beast.  Yet we're supposed to believe that he was on the hit list of the most liberal president in American history?  Give me a break.  Perhaps Big Brother got tired of searching for Edward Snowden.

Of course, there will be many gullible sheeple out there who wonder how his Mercedes managed to burst into flames.  Some conspiracy theorists insist that a bomb had been planted in his car.  I'm no mechanic, but I'm inclined to believe that anything with a gas tank that slams into an immovable object at 100+ miles per hour is likely to burst into flames.  But, hey, maybe I'm just crazy.