Area 51 Declassified: What Does It Mean? 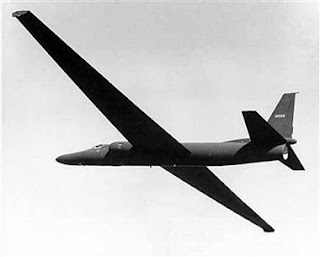 One of the top news stories this past week has been the declassification of CIA documents which acknowledge the existence of Area 51.  According to Fox News, George Washington University's National Security Archive managed to obtain a CIA history of the U-2 spy plane program through a freedom of information request and released it late last week.  These documents differed from similar documents requested in 2002, in which all references to Area 51 had been erased.

National Security Archive senior fellow Jeffrey Richelson, who has been studying Area 51 for over a decade, told the Las Vegas Sun that this "marks an end of official secrecy about the facts of Area 51," adding, “It opens up the possibility that future accounts of this and other aerial projects will be less redacted, more fully explained in terms of their presence in Area 51.”

With all due respect to Mr. Richelson, these newly-released CIA documents, while interesting, should not under any circumstances be regarded as an "end of official secrecy".  In fact, it's not even the beginning of the end of government secrecy.

If the government is interested in transparency, folks like Bradley Manning and Edward Snowden would be about as famous and newsworthy as the girl who sells lemonade on the sidewalk of your suburban housing development, or the kid in the blue vest who wrangles wayward shopping carts in the parking lot of your local Walmart. 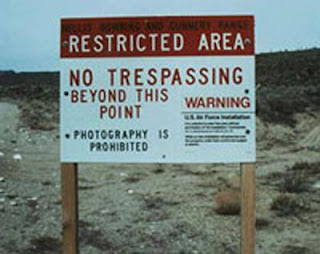 In my opinion, there can be only two explanations as to the motive behind the declassification of these CIA documents.

The first possibility is that the government is simply "throwing us a bone".  Thanks to the efforts of government whistleblowers in recent years, trust in the federal government has dipped to its lowest level in history.  From the NSA's nefarious plot to obtain private cellphone records of American citizens, to the IRS' targeting of conservative groups, to the President's authorization of drone strikes on American citizens, it's pretty evident that the federal government needs a little bit of "damage control".  Releasing a few worthless documents from 1955 may be the government's way of appeasing the conspiracy theorists.

However, the more likely explanation is that Area 51 has simply outlived its usefulness and the CIA has decided to create an even larger and more secretive facility somewhere else.  The good ol' USA has plenty of wide open spaces, after all.

So, if you're looking for extraterrestrials and top-secret military experiments, forget about Area 51, and instead, start looking at Area 52 or Area 43 or Area 39.  That's where the little green men from outer spare are really being hidden.
Area 51 conspiracies government UFOs