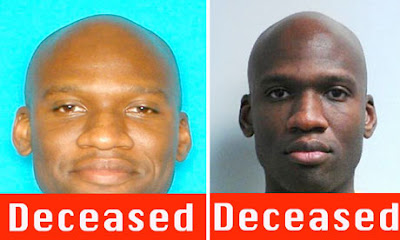 If recent history has taught us anything, it's that mass casualty events are almost immediately followed by talk of conspiracy, or allegations of "false flag" fakery.  So, let's get the ball rolling and point out some weird similarities between Aaron Alexis and Adam Lanza.


1. Both shooters were reported to have used someone else's ID to gain access to the scene of the crime.  According to authorities, Adam Lanza was found with his brother Ryan's driver's license at Sandy Hook, and it is now being reported by several media outlets that Alexis was carrying an ID card belonging to Rollie Chance, who was on administrative leave.

Oddly, Valerie Parlave of the FBI field office in Washington stated earlier today, “It’s hard to carry that many guns, so there is some thinking that he may have taken some of them from security or whoever else he shot.”  Are we the only ones who find it strange that no one seemed to think it was unusual that Lanza carried even more guns into the school than Alexis carried into the Navy Yard? 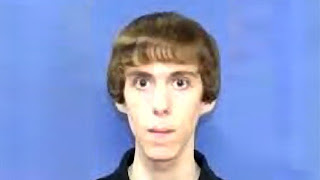 3. Both shooters have been referred to as tech-savvy computer whizzes.  Lanza had been described as a "savant" in regards to computers, while Alexis most recently worked for a company known as "The Experts", as a subcontractor on an HP Enterprise Services contract to refresh equipment used on the Navy Marine Corps Intranet network.


4.  It has been reported that immediate family members had not seen Lanza or Alexis for years.  Despite the fact that Adam was found carrying his brother's ID, several media outlets (such as the Wall Street Journal) reported that Ryan Lanza hadn't seen Adam since 2010.

“We haven’t seen him for years,” stated Aaron Alexis' aunt, Helen Weeks, earlier today to the Washington Post. “I know he was in the military. He served abroad. I think he was doing some kind of computer work.”

5.  Both shooters are said to have been enamored with violent video games.  “The thing that really struck me was the fact that he was really big into the shooter video games," stated Chris Childs earlier today, who knew Alexis personally.  Michael Ritrovato, another friend of the Washington shooter, said Alexis never showed signs of aggressiveness or violence, though he played a lot of shooting video games online.

While few people are claiming that the attack at the Washington Naval Yard was a "false flag" event, the incident will rekindle thoughts of Sandy Hook, and may provoke yet even more unanswered questions about the Newtown massacre.  For instance, here's some food for thought...

Armed with virtually the same arsenal of weapons, a grown man with several years of military training managed to kill 12 individuals, in a facility which employs 3,000 people.  Yet, a young kid with Asperger's Syndrome, who never had a day of military training in his life, managed to kill twice as many victims inside a school with an enrollment of 575.  Yet the FBI insists that Alexis couldn't have acted alone because “It’s hard to carry that many guns", but authorities would have us believe that Adam Lanza acted alone?

Law enforcement sources tell CNN that the same Bureau of Alcohol, Tobacco, Firearms and Explosives team that assisted with the Boston Marathon bombing have been deployed to Navy Yard.