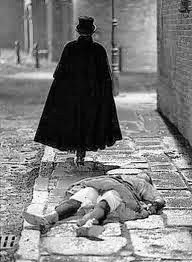 Trevor Marriott, a former homicide detective from the UK, believes that he has solved one of the world's greatest mysteries since Victorian times- the identity of Jack the Ripper.

Marriott, formerly of the Bedforshire police department, has devoted years of his life studying Jack the Ripper, performing a detailed case-by-case review of the evidence.  Evidence, which Marriott contends, has been tainted by exaggeration.

“The facts of this case have been totally distorted over the years,” said Marriott in a newspaper story published over the weekend. “The general public have been completely misled by any number of authors and publishers."

According to Marriott, numerous murders of the era which were similar in nature were attributed to Jack the Ripper, in spite of flimsy evidence.  Thanks to the former detective's professional credentials, he has been able to obtain access to documents which are unavailable to the general public.  Based on his findings, Marriott believes many of the murders were committed by a German merchant seaman named Carl Feigenbaum, who was executed in New York in 1896 after being caught fleeing the scene of a Ripper-style murder committed there.

“The reality is there was just a series of unsolved murders, and they would have sunk into oblivion many years ago, but for a reporter called Thomas Bulling,” stated Marriott.  And therein lies the origin of the myth.

Bulling was a sensationalistic crime reporter who had many police contacts at Scotland Yard. In 1888 Bulling was working for the London-based Central News Agency, where he was paid to supply crime stories for newspapers.  By signing one of his stories "Jack the Ripper", Bulling unwittingly created an icon that would endure for 125 years.

"Around 80 per cent of the books about him have a picture of a chap on the front stalking the streets of London in a long black cape and a top hat," explains Marriott.  “They were the clothes of an upper class, wealthy man."  He adds that anyone who skulked around Whitechapel wearing such a get-up would be an irresistible target for highwaymen and ruffians.

“It wasn’t just one of the most crime-riddled areas of London, it was one of the worst areas in the country. It’s a false image that has been created by the likes of Hollywood film makers."

In regards to busting the myth of Jack the Ripper, the former homicide detective points to new evidence which proves that the organs of the victims weren't removed at the scene of the crime, but after the bodies were taken to the mortuary.  Since these murders took place during the dawning of a the age of modern surgery, it was not unusual for medical students to "steal" bodyparts for research purposes.

Marriott is currently in the middle of a 36-date theatre tour of the UK with his one man show, “Jack The Ripper A 21st Century Investigation”, in which he discusses his findings and presents forensic evidence which he used to reach his conclusion.