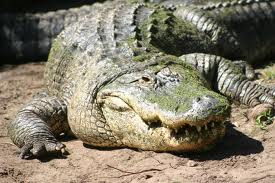 From "hanging chads" to Casey Anthony to Terry Shiavo to Stand Your Ground, the state of Florida has always managed to keep itself in the national headlines.  This is the state, after all, where a naked homeless man ate the face off of another naked homeless man in 2012, and where giant sinkholes open up and eat people alive (much like a naked homeless man hopped up on bath salts).  But if you think our most phallic-shaped state has only recently become the Insanity Capital of America, think again!

This little detail somehow eluded millions of voters and election officials throughout Florida, and was only noticed when an observant judge, C.E. Harrison, counted the returns from Hillsborough County.  On November 19, 1898, the Chipley Banner ran the following story:

Tampa, Nov. 13.-- Judge C.E. Harrison of the County Court would like very much to know what the citizens of Florida voted for at the election last Tuesday.  Yesterday when making the canvass of the returns of the county he had occasion to look at the constitution regarding some of the amendments of the constitution.  It was then that he discovered that a large vote had been cast in Hillsboro, as well as in all the other counties, for and against a repeal to a section of the State constitution that does not exist.

In short, the vote for the proposed amendment to article 3, section 34, was just that much waste, for the section mentioned was not in the book.  The article was there, but it has only 33 sections, and the vote was evidently cast for nothing.  He is at a loss to know why this occurred, as it was an error that covers the entire state, and he says that it is something remarkable that there was not one man in the entire state that thought enough of the constitution to discover that an amendment had been proposed to a part of it that did not exist.
Strange History