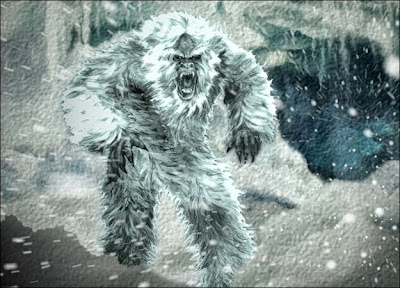 Oxford University geneticist Bryan Sykes claims that he has finally laid to rest the mystery of the Yeti- by unraveling the mystery creature's DNA.  The Yeti- an apelike creature which has been rumored for centuries to lurk in the Himalayas- is also famously known as the Abominable Snowman.  Sykes, a genetics professor at Oxford, sequenced DNA samples taken from two unidentified animals killed in the Himalayas of India and Bhutan in recent decades, and claims that the Yeti is nothing more than an unknown species of bear.

According to Sykes, the DNA seems to imply that the Abominable Snowman is a hybrid, closely related to the polar bear and the brown bear.

"This is a species that hasn't been recorded for 40,000 years. Now, we know one of these was walking around ten years ago. And what's interesting is that we have found this type of animal at both ends of the Himalayas. If one were to go back, there would be others still there," stated the geneticist.