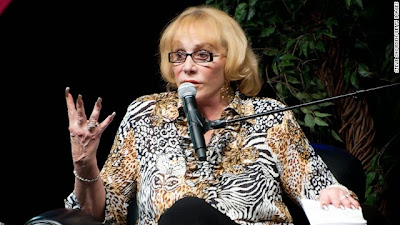 On Wednesday, the world lost perhaps its best-known psychic when Sylvia Browne passed away in a hospital in San Jose, California.  She was 77.

A fixture on television talk shows for decades, Browne has appeared as a guest on shows hosted by Larry King, Dr. Drew Pinski, and Montel Williams- whose talk show she appeared on as a weekly guest for seventeen years.

In 1974 she established The Nirvana Foundation for Psychic Research, and went on to publish more than 50 books, 22 of which made it to the New York Times Best Sellers list.