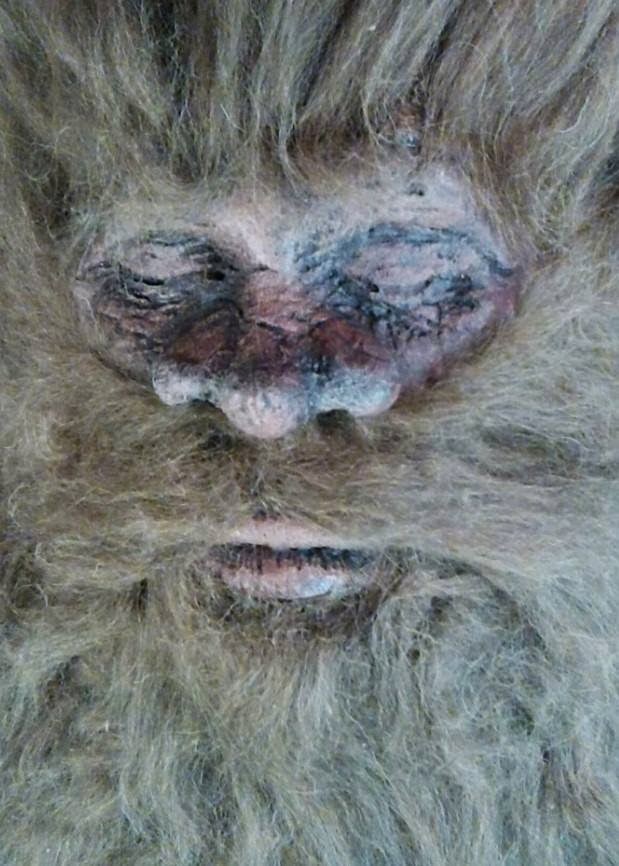 Infamous Bigfoot hoaxer Rick Dyer is in the news again; this time he claims that he shot and killed the mythical creature in a wooded area on the northwest side near Loop 1604 and Highway 151 in San Antonio in September of 2012- and he plans of taking the cadaver on tour.

"I have been worried for so long. I have been put off for so long, and finally we went up to Washington (state) and we got the body," Dyer told KSAT.com on January 2 of this year. "Every test that you can possibly imagine was performed on this body, from DNA tests to 3D optical scans to body scans. It is the real deal. It's Bigfoot and Bigfoot's here, and I shot it and now I'm proving it to the world." 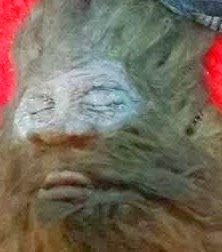 Dyer has recently released photos of the alleged creature (referred to as "Hank"), which he said he managed to trap by nailing pork ribs obtained from a local Walmart to a tree:

"I nailed ... pork ribs from the WalMart down the street to the side of the tree, and low [sic] and behold, he came and started eating the pork ribs off the tree," said Dyer, in an article which was published by the Huffington Post yesterday.

Like most "evidence" of Bigfoot, Dyer's pictures and videos are on the grainy side.  Photos of such quality may have been able to dupe people back in the 1970s, but considering that it's now 2014 and even a $10 flip phone is capable of delivering better picture quality than the pictures released by Dyer, we recommend taking Dyer's story with a grain of salt (and a Walmart pork rib, or two).

Which begs the question:

Why do so many self-described "Bigfoot hunters" seem to have a preference for cameras that take pictures with all of the optical clarity of Mr. Magoo after a pupil dilation?  Seriously, Mr. Dyer, if you can afford DNA tests and optical scans, why can't you get yourself an LG Expression or a Samsung Gusto?  You can pick up either of these phones for about the same price as a pack of pork ribs, and either phone would take better pictures than the so-called "evidence" you have provided.

And, in a related story, if anyone's interested, we have a body of an alien we stole from Area 51.  If you want to see it, we'll charge you only half of whatever Dyer decides to charge in order to see his Bigfoot!