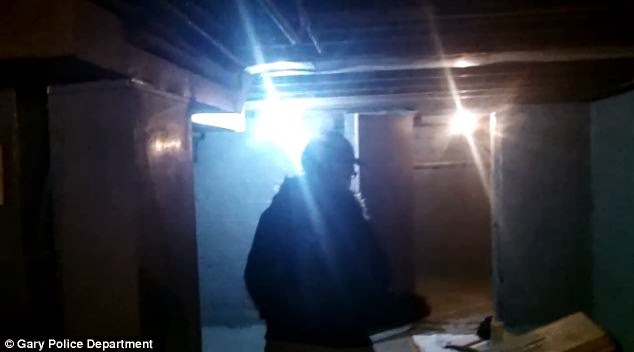 Earlier today, the UK's Daily Mail reported that it has obtained exclusive audio and video footage from the exorcisms of Latoya Ammons, who claims to have been possessed by demons, along with her three children.

According to the Huffington Post, the Department of Child Services paid a visit to the Ammons' home and made some startling discoveries-- along with local law enforcement officials and mental health experts who evaluated the bizarre case.  Dr. Geoffrey Onyeukwu, the physician who examined the family, stated: "Twenty years, and I've never heard anything like that in my life. I was scared myself when I walked into the room."

The family approached Dr. Onyeukwu complaining of demonic activity, which manifested itself in strange voices, unusual footprints, and levitation.  The Department of Child Services report corroborates Latoya Ammons' claims, however; medical staff at Dr. Onyeukwu's office said they witnessed one of the children being lifted and thrown against the wall by an invisible force.

However, the most compelling claim comes from another member of the medical staff, who witnessed one of Latoya's sons "walking up the wall backwards".

These events even rattled the nerves of experienced law enforcement professionals.  After hearing demonic EVPs captured on police audio equipment,  The city's police captains stated that the family's basement is "a portal to hell":

"Everyone of us who was there that day in the basement and who saw what we saw, went through what we went through after…we all think the same, we all call it the same. That bit of dirt is a portal to hell"-  Gary, Indiana Police Captain Charles Austin, to the Daily Mirror.

Catholic priest Father Michael Maginot has recently visited the home to perform an exorcism.  More on this intriguing story as it develops.