Did Malaysia Airlines crash its own jet for insurance money? 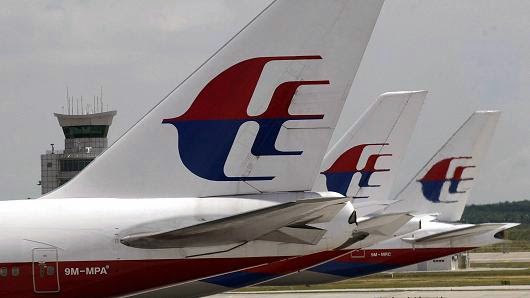 While the world remains mesmerized by the mysterious disappearance of Malaysia Airlines Flight 370, no shortage of theories have been presented by the media. These theories range from the logical to the highly illogical, and everything in between. Earlier, we proposed one theory, suggesting the plane may have gone down intact after an emergency water landing, as the result of a sudden engine "flame-out" caused by flying through a cloud of volcanic ash (Java's Mount Kelud had violently erupted just days before). While this theory has yet to be disproved, we would like to present yet another possible explanation which has not been addressed by the so-called experts interviewed by the mainstream media.

This theory involves a plotline far more nefarious than an act of terror or pilot suicide, and poses the question: Could Malaysia Airlines have crashed its own aircraft for insurance money?

It is a well-established fact that, for several years, Malaysia Airlines has been teetering on the brink of financial ruin. Just look at the company's stock values over the past ten years; Malaysian Airline System BHD (stock symbol: MLYAF) stock attained its all-time high of $1.50 a share in early 2008, while plummeting to just twenty-five cents a share in March of 2014... and this is before the disappearance of Flight 370. Malaysia Airlines stock now sits at just nine cents per share.

While this may sound pretty darn bad, bear in mind that there are only 27,285 shares of Malaysia Airlines stock floating around the market, which means that the demise of Flight 370 (intentional or otherwise) couldn't possibly hurt the company any more than it was already hurting. It is the financial equivalent of shooting yourself in the foot when you already have inoperable Stage Four cancer. The loss of Flight 370 resulted in a mere $0.16 drop in stock prices, or a loss of just $4,365.60.

Yes, that's right folks. A jet with a price tag of $252 million could fall off the face of the earth, and cost the airline and its stockholders less than the price of a used Dodge Neon. 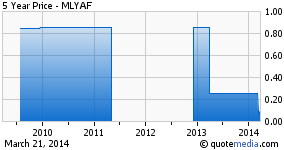 In fact, if Malaysia Airlines plays its cards right, it could walk away from the loss of Flight 370 with a pretty sweet insurance payout, thanks to a policy which not only covers the cost of the lost airliner, but also compensates the families of the victims- while possibly forcing surviving family members to waive their right to sue the airline for damages. Of course, if the airline went bankrupt, it's unlikely that the victims' families would be able to recover much financial compensation at all.

And all indications show that, as a company, Malaysia Airlines had about as much stability as a narrow canoe paddled by the world's fattest man. The company posted a net loss of 1.17 billion ringgit (around $360 million) in 2013, leading many financial analysts to speculate that investing in Malaysia Airlines would be a lot like investing in a company which specializes in the manufacturing of rotary telephones.

"They have a habit of losing money. They've changed CEOs multiple times. It hasn't changed anything. It's a question of legacy issues; it's a question of shoddy management. It's a question of government interference," stated Shukor Yusof, an analyst at Standard & Poor's Capital IQ, to CNBC earlier this month. Yusof went on to speak at length about the carrier's history of "careless" financial mistakes.

Speaking of government interference, why have Malaysian authorities done such a piss-poor job in handling the case of Flight 307? Simple. The Malaysian government owns the majority of the airline. Yep, that's right, according to CNBC, Malaysia Airline System BHD is 69% owned by Khazanah Nasional, Malaysia's sovereign wealth fund.

Could it be possible that some high-ranking Malaysian government official or MAS executive "convinced" pilot Zaharie Ahmad Shah to "take one for the team"?

Now that we know the financial health of Malaysia Airlines, it doesn't seem like such a stretch to believe that the pilot did everything in his power to prevent his Boeing 777 from being tracked, such as disabling the plane's transponder and ACARS and inputting a red herring waypoint into the flight plan in order to lead the rest of the world on a wild goose chase across the Indian Ocean. He could have then piloted the jet into a region of the southern ocean where he knew it would never be found, thus eliminating any incriminating evidence of foul play.

But would Zaharie Ahmad Shah ever do such a thing? Who can say. It seems, though, that he was a true "company man" who was devoted to his airline. Hell, if you have a flight simulator in your own home, you'd have to be. Perhaps his level of devotion made him the perfect choice. Perhaps the Malaysian government prodded him into it by convincing his wife to abandon him just before the ill-fated final voyage of Flight 370. If Shah had been reluctant to "take one for the team" and steer the 777 into unsearchable waters, maybe a well-orchestrated plot to disrupt his home life would be an insurance policy against the pilot chickening out at the last minute.

Speaking of insurance policies, there has long been a slang term (albeit an offensive one) which refers to when unscrupulous business owners burn down their own establishments, making it look like an accident, in order to collect insurance money. They call it "Jewish Lightning". When all is said and done, it just may be possible that the disappearance of Flight 370 was a case of Malaysian Lightning.