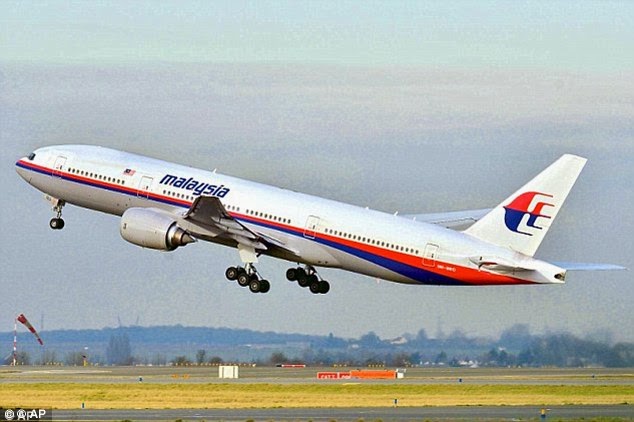 In our last post, we proposed a common sense explanation for the mysterious disappearance of Malaysian Airlines Flight 370. Our theory links the demise of the Boeing 777 to the recent eruption of Mount Kelud in Java, which sent massive amounts of ash ten miles into the atmosphere. We suggested that the pilot dramatically altered his altitude and course in order to avoid (unsuccessfully) a cloud of volcanic debris; a "flameout" then occurred and the pilot made an emergency water landing in the Malacca Strait, a la Chesley Sullenberger. We believe that the pilot hoped that the plane would stay afloat long enough to be spotted by passing ships; unfortunately, the 777 sunk in one piece, leaving no trail of debris behind.

And now, in the hours since we suggested our theory, new evidence seems to support our theory.

Earlier this evening, CNN reported that Malaysia Airlines Flight 370 made drastic changes in altitude and direction after disappearing from civilian radar. This would suggest that the plane was maneuvered by human hands. CNN states:


That theory is buoyed by word from a senior U.S. official familiar with the investigation that the Malaysia Airlines plane made several significant altitude changes and altered its course more than once after losing contact with flight towers.

The jetliner was flying "a strange path," the official said on condition of anonymity. The details of the radar readings were first reported by The New York Times on Friday.

Several significant altitude changes certainly lends credence to our hypothesis, along with evidence suggesting Flight 370 turned sharply westward, then continued up the Malacca Strait, as Journal of the Bizarre previously speculated.

Sadly, the media still doesn't want to address the possibility of mechanical failure. In fact, no single network has mentioned the fact that the plane was flying through the infamous "Ring of Fire"- the most volcanically active region of the world. Instead, talking heads on FOX and MSNBC would rather scare the crap out of everyone with sensationalistic theories like terrorism or pilot suicide.

More on this story as it develops.
Flight MH370