As a child, no trip to Philadelphia in order to visit relatives was complete without a cheesesteak from Pat's and a trip to Fairmount Park.  Even today, I can't pass by historic Boathouse Row without feeling a sense of awe, and also a feeling of eeriness. In spite of its charm, there is something inherently spooky about Fairmount Park, especially after nightfall.

On subsequent visits, in later years, I often stopped to ask locals if they had ever experienced anything, well, "otherworldly" at the park. While most of them didn't have any spooky stories to tell, I have heard, on a few occasions, about one particular ghost which brings to mind the fearsome horseman of Sleepy Hollow fame. My research into this haunting failed to turn up any concrete historical explanations, but I have been able to discover a detailed account of the haunting, published by the Washington Times, which proves that this frightening apparition has been seen by witnesses as far back as 1910.


Here is the February 10, 1910 newspaper article in its entirety:


Philadelphia, Feb. 10.-- A flashily dressed ghost on a black horse, that comes out in Fairmount Park to take the air in the dread hours of the morning- a spook done out in riding breeches, top hat and riding coat, all of black, mounted on a horse itself as black as the bottom of an ink well- threatens to put a stop to automobile trips on the Lincoln and Wissahickon drives after sundown unless it is hocus-pocused out of existence right away.

A number of automobile owners, who are in the habit of taking regular spins through the park- but who refuse to say where they are in the habit of driving previously- have reported seeing the dread apparition sweeping down river drive and skimming along Lincoln at various hours after midnight. The awful part of it is in that the rider, whose face as well as his clothes is black, appears to leave the horse and regain its back at will, and that the animal passes and repasses motor cars quite without the sound of hoofbeats.

Chauffeurs have been left stuttering with fright, and one motor owner who was game enough to follow the mysterious horseman was scared almost into brain fever before the chase ended. The ghost was last seen on Monday night skimming the back roads that lead from the city line bridge to Ardmore, and the police there have been asked to look out for it and find out if it has a residence in that vicinity.

A motor enthusiast who swears that his tongue is a truthful one, and who insists he has a half-dozen witnesses to corroborate his story, first met with the phantom horseman on Lincoln drive a month ago, and the adventure that followed the first meeting  almost put him to bed with fright and general depression of spirits.

With a party- not a joy one, either, he insists- he was coming home about  3 a.m. and was steering down Lincoln drive, near Wissahickon avenue, at a good clip, when something passed him at a speed such as a good six-cylinder could make only when it was working its hardest. The party of five in the car hadn't caught its breath till there shot into the circle of light made by the head lamps a black, riderless horse that was moving like the wind and making not a sound.

As a sporting proposition, the thing struck the motor owner favorably, and he told his chauffeur to let all the juice at his command into the machinery under him and to follow the horse. The chauffeur did as he was bid, and in the pursuit that followed the car kept the horse in sight, until it lurched like a thing possessed up to the City Line bridge. Under the electric light marking the bridge approach the occupants of the car plainly saw the figure of a man appear in the saddle as if he had dropped from the clouds.

Something happened to the chauffeur's nerves at this point, and the car lagged behind as it followed the horse and his rider across the bridge and through a few of the back roads that lead in the direction of Ardmore. There the trail was lost, but on two other occasions since the same motorists assert that they have met with the dread apparition.

The horse first appears without a rider, and when it is chased the rider appears, apparently out of the air. A few of the fastest motors that frequent the park drives have chased the apparition, and have been left behind and lost somewhere in the vicinity of Ardmore. 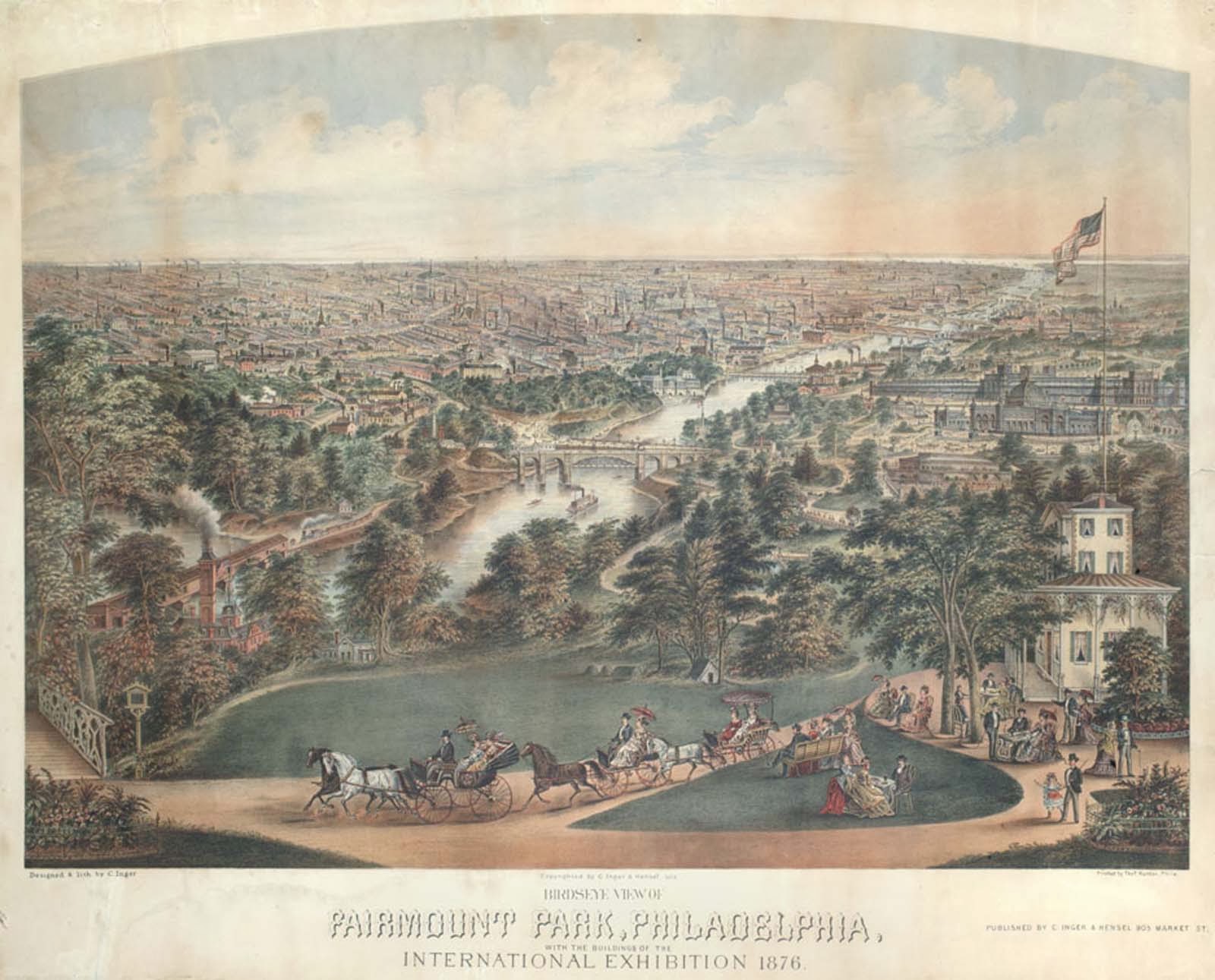 Have you seen the phantom horseman of Fairmount Park? If so, tell us about it, we'd love to hear your story!