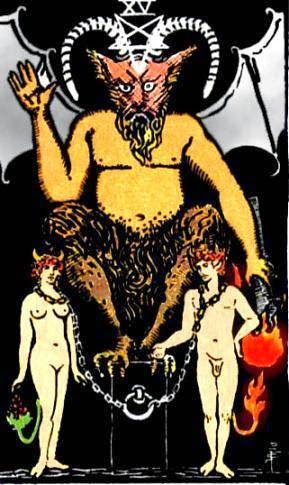 Historical newspapers are a wonderful source of bizarre and incredible stories, such as the following story about a strange skull discovered in West Virginia which appeared in newspapers on June 28, 1917. Unfortunately, we failed to find any further information about the Satanic skull. If anyone knows more about this story, let us know!

From the Harrisburg (PA) Telegraph:

Wheeling, W. Va., June 28.-- The skeleton of a man or animal that closely resembles the Satan usually pictures was unearthed here yesterday on Repman's Hill by several boys.

The skull of the skeleton is much like that of the present human race, with the exception of two horns, which project from just above the temples on each side. In life the creature was about four feet high, with a long tail. There are four powerful legs or arms, each of which has four fingers. The chest is broad, and undoubtedly was heavily muscled in the flesh.

The skeleton was located by boys who were digging a cave. Scared by the resemblance of their gruesome find, the boys ran down the hill, yelling, "We found the devil."