Looking to the past for visions of the future 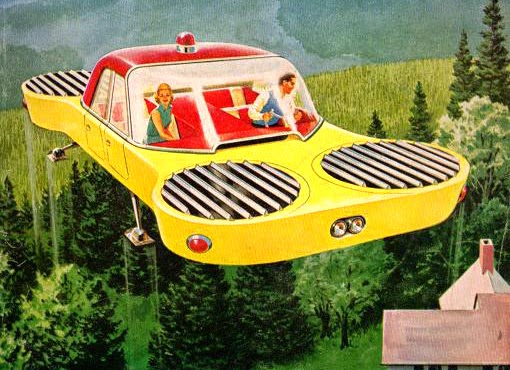 Of the many things I've inherited from my father, a fanatical love for The Twilight Zone has influenced me the most. As a kid, I reveled in each deliciously ironic episode, but my favorite episodes were the ones dealing with space travel, because they presented a picture of how the world would look in some distant far-off year... like 1987! Being a kid in the 1990s, of course, these episodes made me double over with laughter. I was equally amused by my grandfather's collection of vintage science magazines, with colorful covers which captured everything from flying cars to artistic renderings of the "world of tomorrow".

I have no idea how many other people share my fondness for vintage pictures of the future, but hopefully some of you will enjoy this post, perhaps those of you who are nostalgic for a tomorrow that never happened years ago, or for those of us who are still waiting for flying cars, bubble-shaped houses beneath the sea, and robot maids to cater to our every want and need. 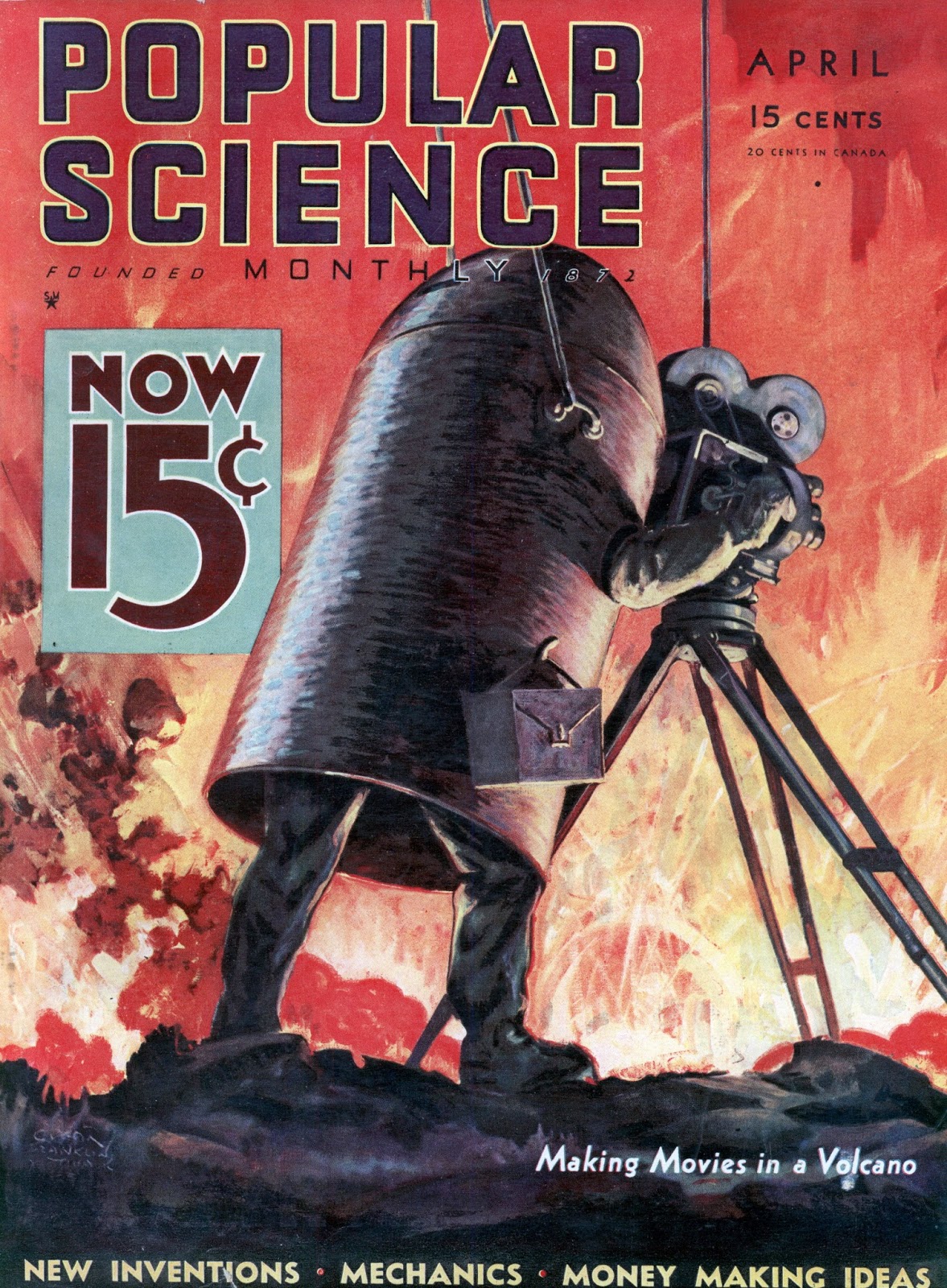 Here was have a cover of Popular Science from 1933, which features a drawing of how movies will be made in a volcano. Why would anyone want to film the inside of a volcano in the first place, you ask? Well, I don't really have an answer for that. 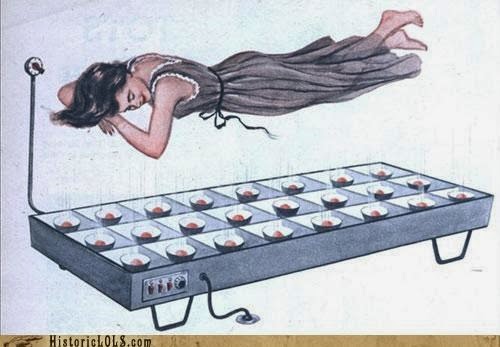 Next, we have the "air bed", which does seem like a pretty darn cool invention, until you ask yourself, "What happens if the power goes out?" Talk about a rude awakening... 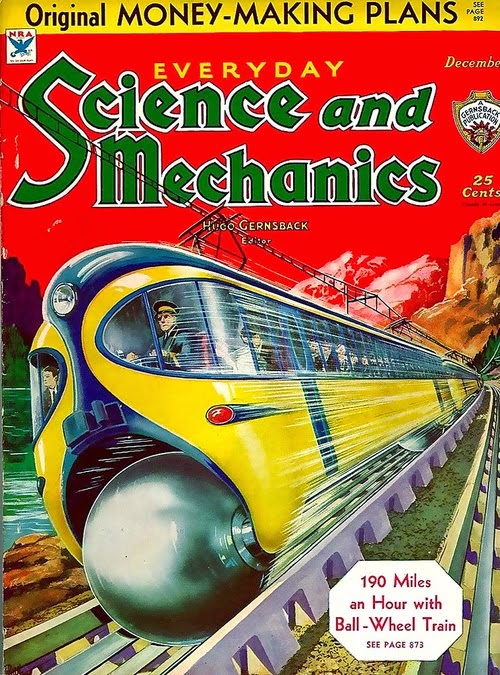 Even in the 21st century, this ball-wheel train still looks pretty badass. 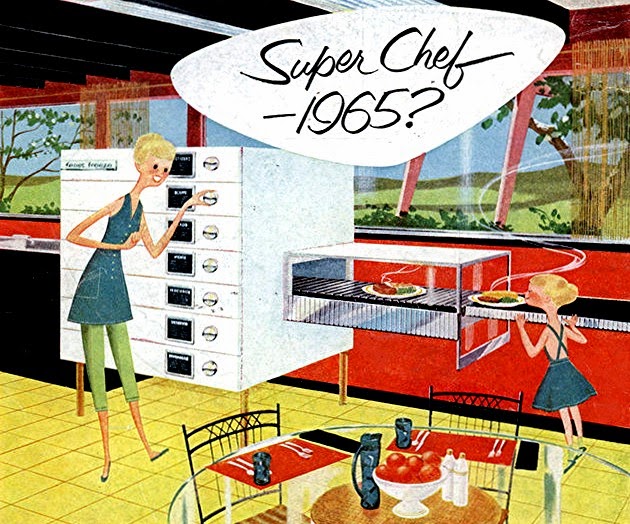 The GE Kitchen of the Future. Now this is what technology is all about! Hey Google, stop wasting time with computer eyeglasses and get cracking on a conveyor belt that delivers me food. 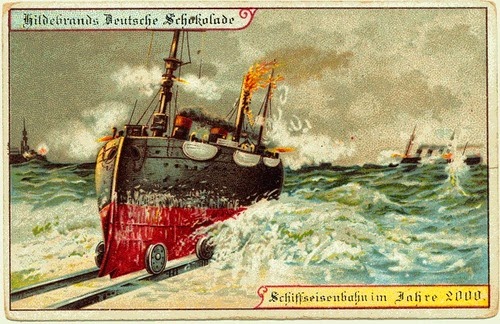 The Germans apparently thought that by the year 2000, ships would also have the ability to function as trains. Oddly, they never stopped to think about just how exactly the driver would manage to get a 50,000-ton ship's wheels to line up with the tracks. Hell, I can't even back my car out of a garage without knocking off one of the side mirrors. 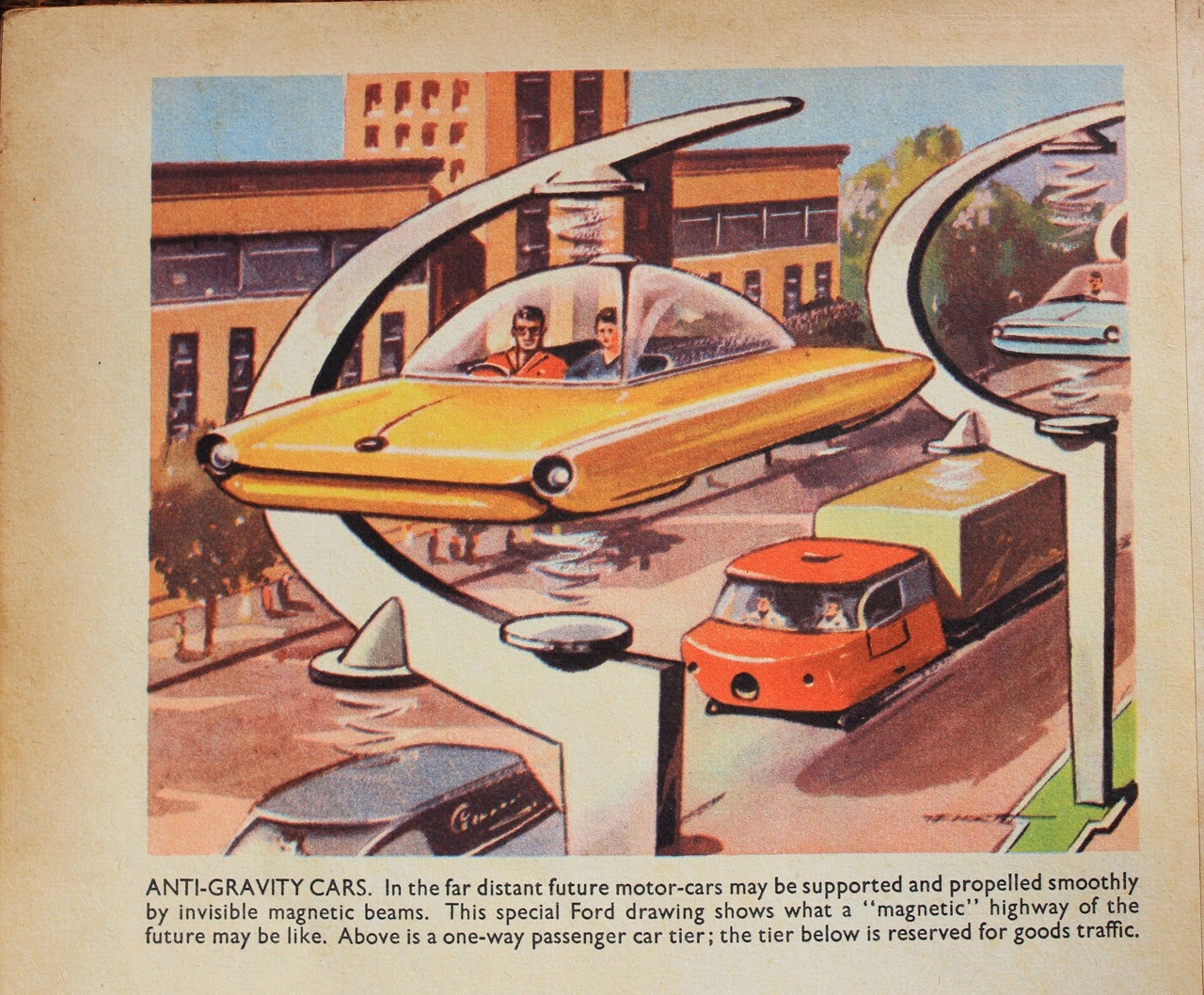 You can't have retro futurism without flying cars, of course. 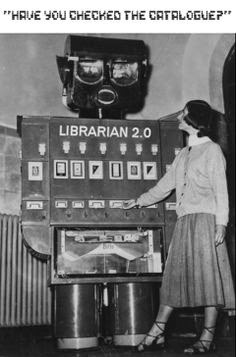 Librarian of the future! 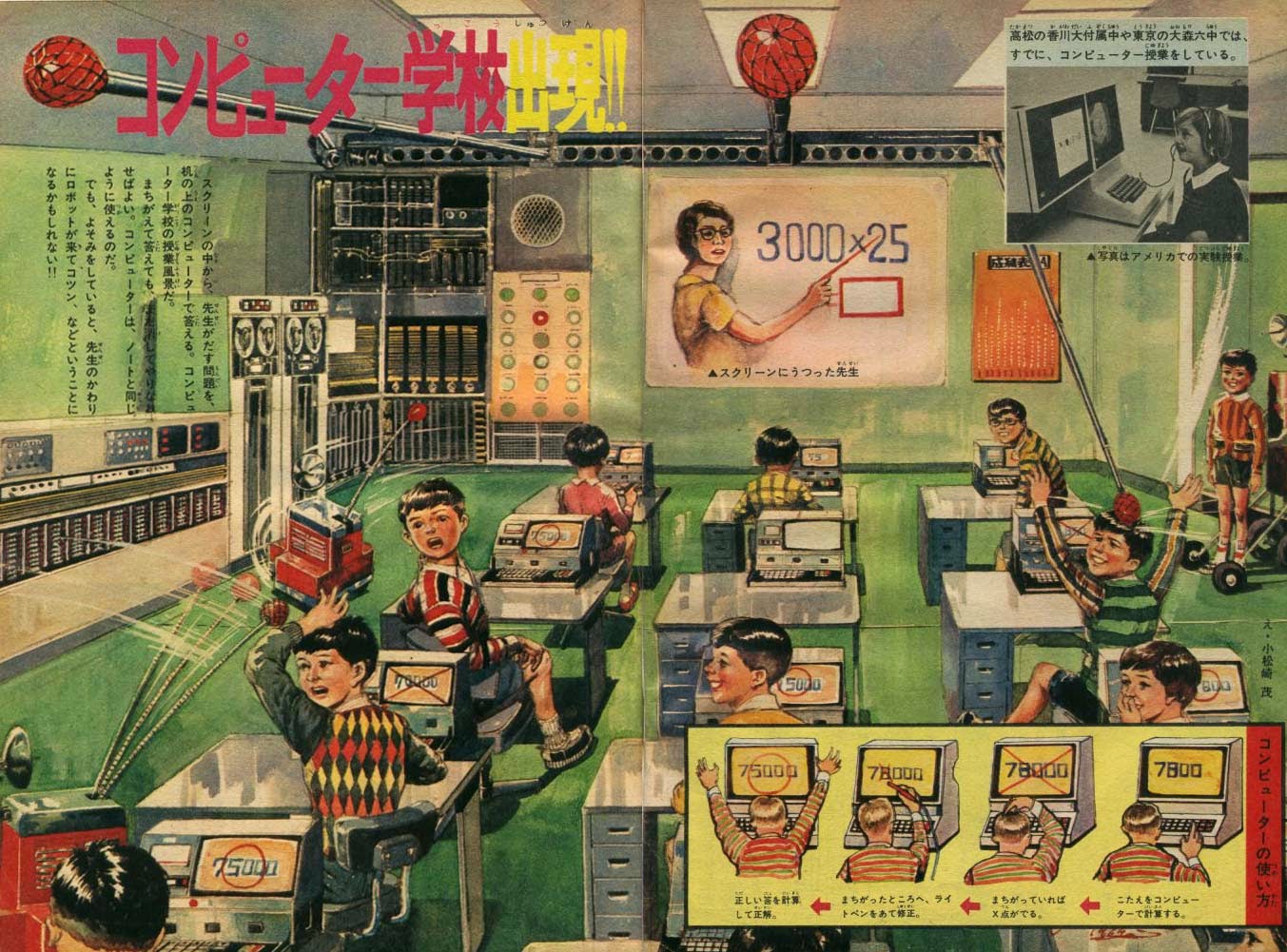 The Classroom of Tomorrow, where your child will be beaten senseless by robots. 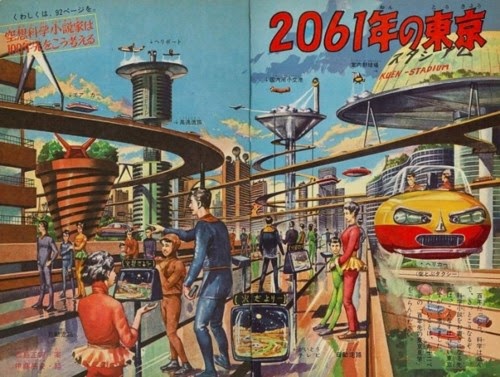 In 2061, wearing tutus will be the cool thing to do 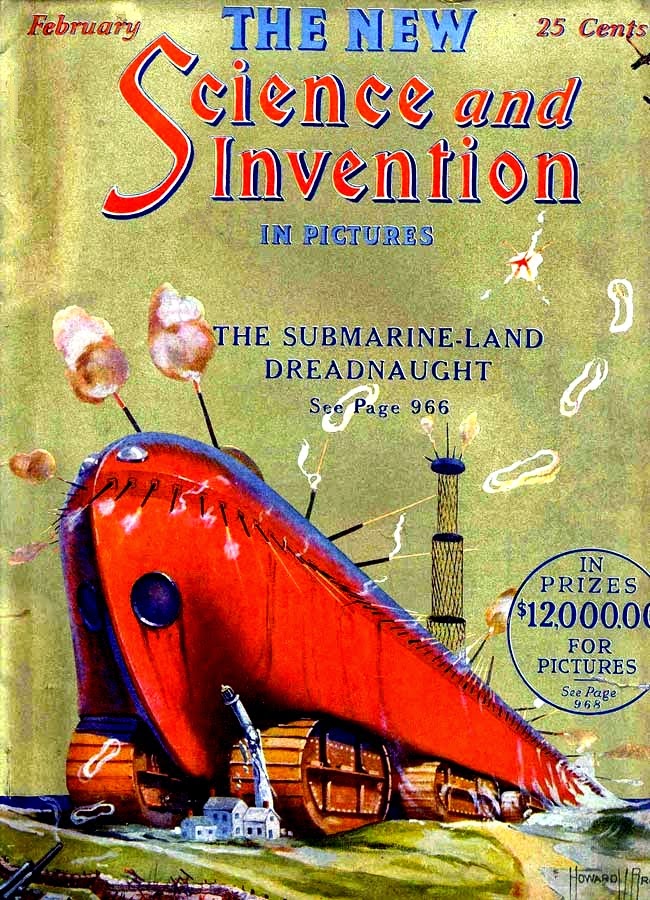 I bet this thing is a bitch to parallel park.

Next, we have some futuristic inventions that were actually produced but, for one reason or another, never caught on. 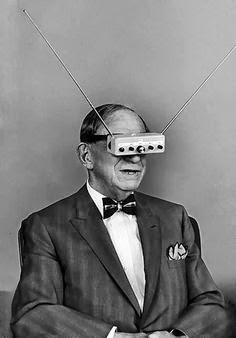