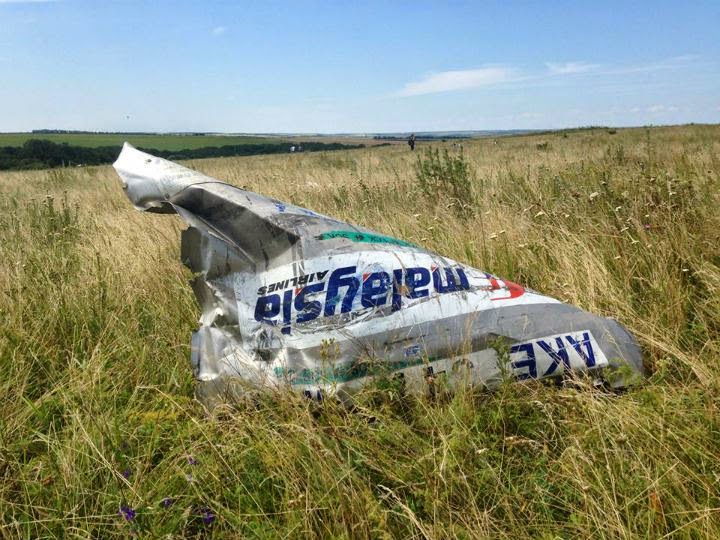 Shortly after the mysterious disappearance of Malaysian Airlines Flight 370, WABC Radio host Aaron Klein stated: “Investigators would be wise to thoroughly examine the possibility of a missile attack in light of recent information about the global proliferation of such projectiles capable of downing civilian airliners.”

On his website, Klein Online, he cited “unverified claims” that a cache of surface-to-air missile launchers went missing in Ukraine. He made these statements in March-- long before many of the unfortunate passengers of MH17 even bought the tickets that would lead to their tragic demise.

Eerily, a little more than four months after Klein made this statement, MH17 was destroyed over the Ukraine, allegedly by pro-Russian separatists armed with surface-to-air missiles.

Even more astonishing than Klein's connection of the MH370 disappearance to the crisis in the Ukraine is the fact that, back in March, Malaysia's Transport Minister Datuk Seri Hishammuddin Hussein revealed that Malaysian authorities received background checks from every nation which had passengers aboard MH370, except for two: Russia and the Ukraine.

"We have received passengers background checks on individuals from all countries except the Ukraine and Russia, which had nationals on board. So far no information of significance on any passenger has been found," stated Malaysia's Transport Minister at a press conference on the missing aircraft on Wednesday, March 19, 2014.

Russian and Ukrainian nationals on the same flight should raise eyebrows, along with the failure to disclose any background information on these mysterious passengers by Ukrainian and Russian authorities. But who exactly were these mysterious individuals? Victims? Conspirators? Or Both?

Only two countries have yet to provide any details regarding their nationals on board Malaysia Airlines (MAS) flight MH370, which went missing on the morning of March 8.

“As of today, no,” replied Malaysia’s Acting Transport Minister Datuk Seri Hishammuddin Hussein when asked if Russia and Ukraine had provided any information on their nationals.

When asked if he was pursuing the matter, Hishammuddin simply answered “of course” and did not elaborate further.

Foreign Affairs Minister Datuk Seri Anifah Aman, who was standing next to Hishammuddin at the press conference, was silent on the issue.

Here's what we do know about these three mysterious passengers:

Brodskii, an elite scuba diving instructor, was a Jewish Russian national from Irkutsk who was returning from a vacation in Bali. According to Rabbi Aharon Wagner, head of Irkutsk's Jewish community, Brodskii "was close to Judaism". He was also a Russian diplomat attached to the Malaysian embassy.

According to his obituary, Deineka was a Ukrainian executive marketing administrator at the petroleum products industry LADA Ltd. in Odessa, Ukraine. Several sources identify Deineka as a pro-Russian sympathizer.

It has been reported by several sources that Chustrak was not only a pro-Russian Ukrainian, but a former member of the Russian Secret Service, OGPU.

So there you have it, MH370 disappeared under mysterious circumstances while carrying an elite scuba diving Russian diplomat and two pro-Russian Ukrainians. And just a few months later, another Malaysian jetliner is said to have been blown up by a surface-to-air missile fired by pro-Russia separatists over the Ukraine. Nothing strange about that!

While many in the media are quick to roll their eyes at a possible connection between the two ill-fated Malaysian Airlines flights and those kooky conspiracy theorists who attempt to connect the dots, the mounting evidence seems to suggest that, in the very end, it just may be the conspiracy kooks who have the last laugh.