Dinosaurs roamed the earth during the construction of Stonehenge 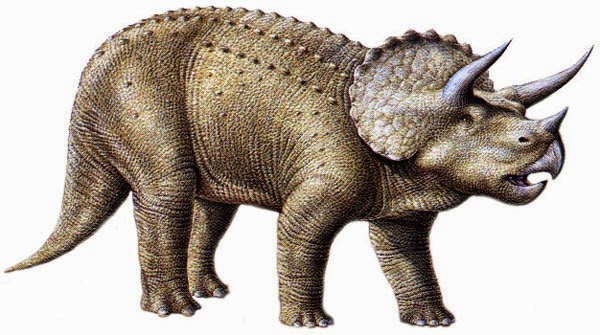 What does the construction of Stonehenge, the invention of glass, and the domestication of horses all have in common? The answer, of course, is that all of these things occurred around 4,000 years ago. However, one scientist insists that he has proof that dinosaurs, particularly the triceratops, also roamed the earth during this time.

Rather than being rewarded for this jaw-dropping discovery, however, Mark Armitage- the scientist who made the discovery- was fired from his position at California State University at Northridge.

Is this a case of Creationist zeal run amok, or more proof of the systematic suppression of evidence by mainstream science? It appears that this issue may be resolved in a court of law. Armitage claims that he was fired because of his anti-evolution views, according to the July 22 lawsuit filed in Los Angeles Superior Court against Cal State Northridge.

This lawsuit comes in the wake of a discovery made by Armitage in 2012 while digging at the  world-famous Hell Creek Formation in Glendive, Montana. At Hell Creek, Armitage and his colleagues unearthed the largest triceratops horn ever found. But, even more astonishingly, Armitage examined the horn with a high-powered microscope and found soft tissue inside the triceratops horn with living bone cells, or osteocytes.

While the scientific community insists that triceratops became extinct around 65 million years ago, Armitage believes that the horn he examined came from a triceratops which lived around 4,000 years ago. In other words, the great pyramids of Egypt were already built when triceratops was living in Montana.

Before you dismiss Armitage's claims as a flight of fancy or wishful Creationist thinking, however, bear in mind that Armitage is a renowned microscope expert and a scientist with more than 30 published papers to his name. On Feb. 12, 2013, a scientific journal published Armitage's triceratops soft tissue findings; a few days later, Armitage was conveniently fired from his position. Even more telling is the behavior of one of Armitage's superiors, Ernest Kwok, who reportedly stormed into the lab where Armitage was working and shouted, "We are not going to tolerate your religion in this department!"

Attorneys from the Pacific Justice Institute who represent Armitage claim that Kwok was not among those who hired the scientist and that Kwok came on as his new supervisor when Armitage's old boss retired in June 2012.

Although neither Armitage nor Kwok were able to speak about the matter due to pending litigation, one thing seems certain in light of the scientist's groundbreaking discovery: The paleontology department at California State University at Northridge is a Kwok of shit.