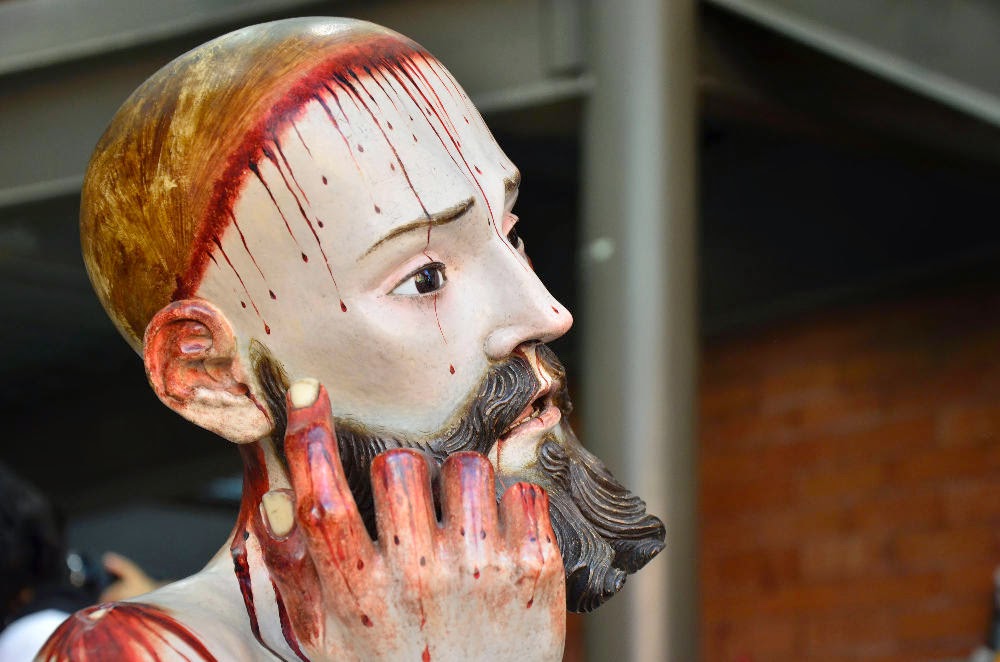 Earlier this week, during a restoration of a 300-year-old statue of Jesus in Mexico, researchers discovered that the inside of the statue's mouth contained real human teeth. Researchers at the National Institute of Anthropology and History (INAH) in Mexico made the strange discovery after performing x-rays on the three foot tall statue, known locally as the Lord of Patience.

The small statue, which is less than four feet tall, is from a church in San Bartolo Cuautlalpan, approximately 30 miles north of Mexico City. “It is common for statues to have teeth, but they are normally made of wood or carved individually out of bone,” said Fanny Unikel, an expert in Mexican art restorationr. “In this case, he has eight adult teeth. You can even see the roots.”

Unikel believes that the teeth were donated to the church out of gratitude. Researchers at INAH believe that the statue dates back to the 18th century.