The 10 most hauntingly beautiful grave markers in the world 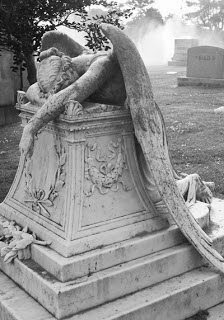 Whether it's a simple slab of granite, a towering marble spire, or an elaborate angelic sculpture, most of us have a desire to leave behind some sort of monument after we die, if for no other reason than to prove to passing generations that our lives held some sort of meaning; to say "we were here". Perhaps it's a tribute to our own egos, or perhaps it's an innate desire not to be forgotten, but whatever the reason may be, we have been marking our final resting places for centuries and will continue to do so for centuries more.

Yet, out of the millions of graves which mark the final resting places of our loved ones, only a select few are exquisite enough to create a lasting impression upon those who view them. The following are ten of the world's most hauntingly beautiful grave markers. 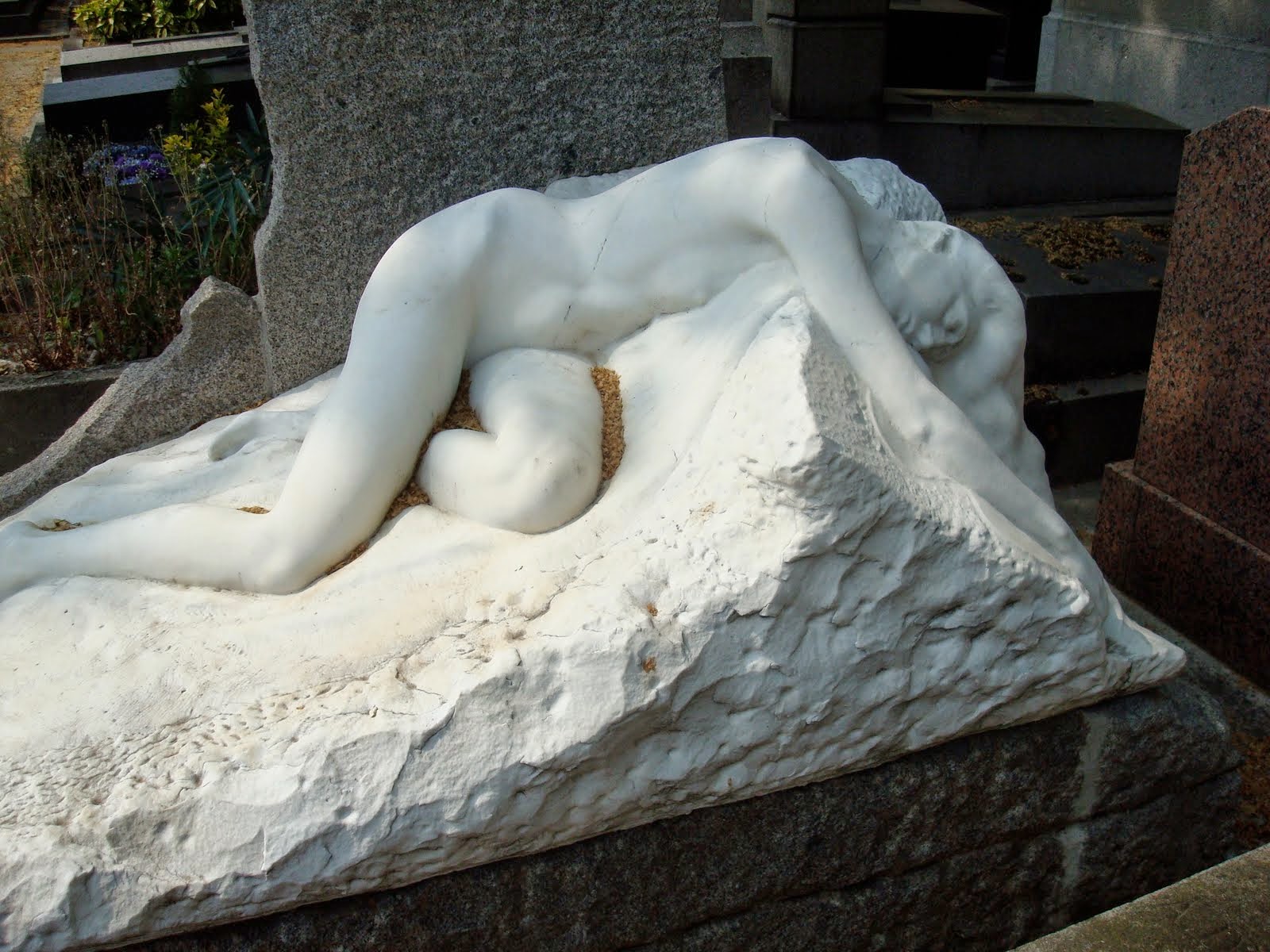 Ruelas (1870-1907) was a Mexican-born artist who died from tuberculosis at the age of 38. The sculpture is a work by Arnulfo Domínguez Bello. 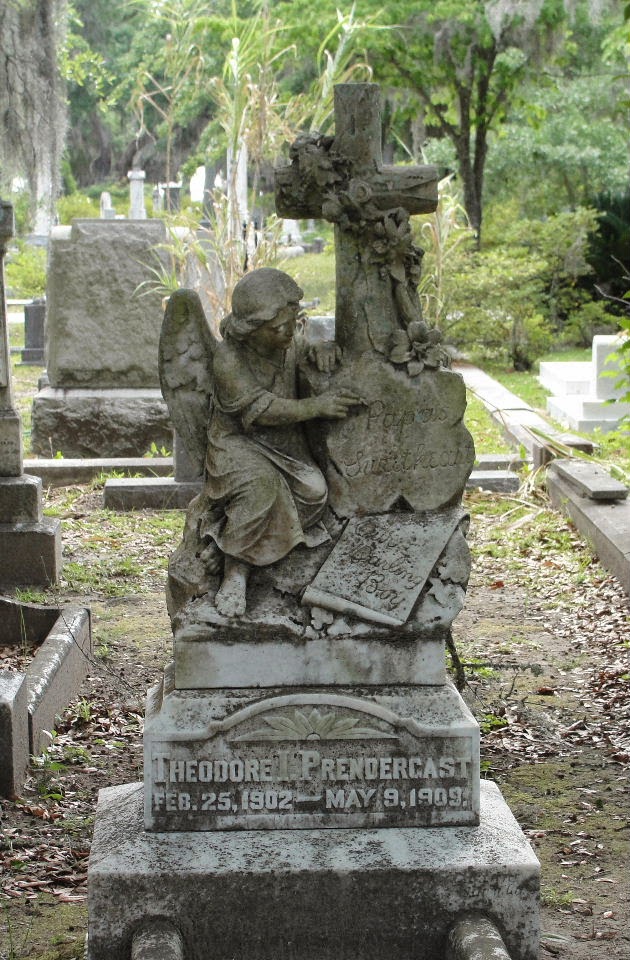 Known simply as the "Papa's Sweetheart" grave to residents of Savannah, this loving tribute from a mother and father to a seven-year-old boy can thaw the heart of even the most callous individual. 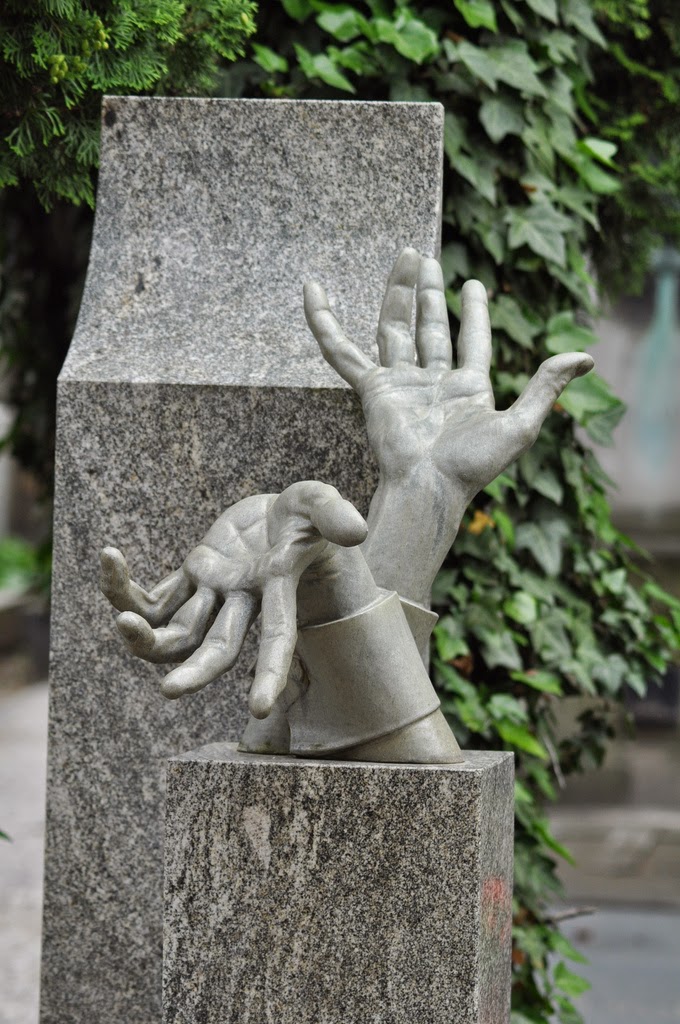 Burian (1891-1962) was a Czech actor, singer, comedian and director. Known as Král komiků ("King of Comedians"), Vlasta Burian was the Czech equivalent of Charlie Chaplin or Groucho Marx. He died after giving his last performance from pneumonia; his grief-stricken wife died nine weeks later. His gravemarker is symbolic of the time he spent in a prison labor camp after being wrongfully accused of collaborating with Nazis during WWII; Burian was officially exonerated of all charges in 1994. 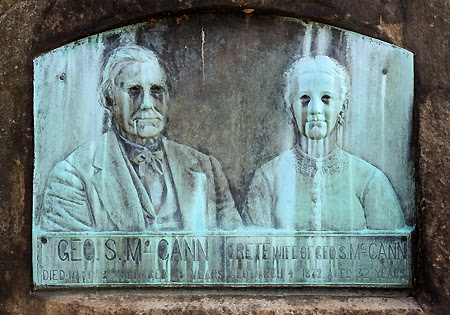 Most visitors to Woodlawn Cemetery immediately head for Mark Twain's grave, but it's the grave of George McCann and his wife that usually attracts the most attention. Interestingly, even though Grete died at the age of just 32 in 1872 and George lived to the age of 76, the artist managed to disguise the age difference. The water stains seem to lend perpetual tears to the otherwise smiling faces, creating a stirring monument. 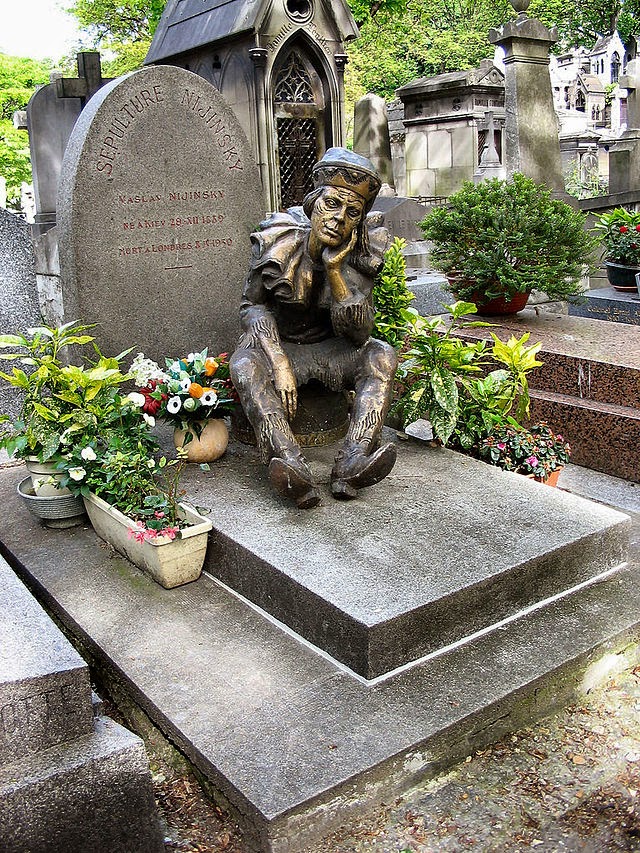 Russian ballet dancer and choreographer of Polish descent, Nijinsky (1889-1950) is regarded as the greatest male dancer of the early 20th century. The statue, donated by Serge Lifar, depicts Nijinsky as Stravinsky's puppet, Petrushka. 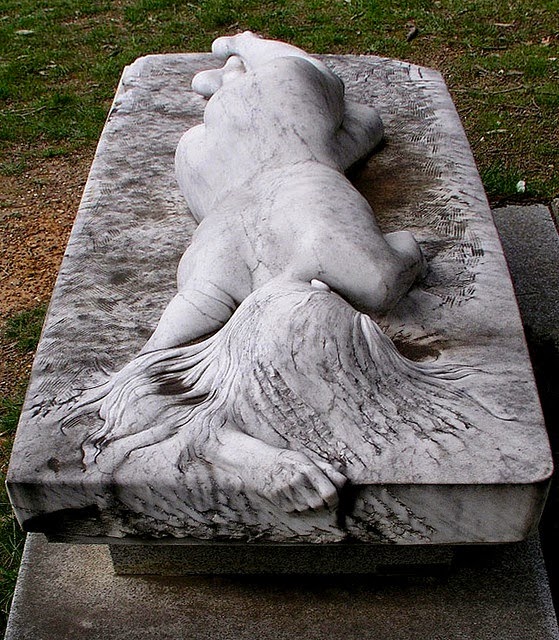 “Asleep” is name of sculpture on the marble gravemarker of art collector Laurence Matheson (1930-1987), sculpted by artist Peter Shipperheyn at the request of Matheson's widow. Matheson was the one responsible for giving Shipperheyn his first "big break" as a sculptor, and "Asleep" is the artist's everlasting tribute to his benefactor. 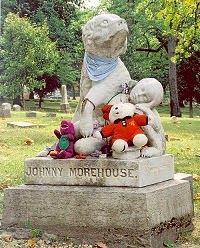 In the 1860s there was a boy named Johnny Morehouse. One day, as the five-year-old was playing near his home by the edge of the Miami & Erie Canal, he accidentally fell into the canal. His faithful dog jumped into the water and tried to rescue him. Even though the dog managed to pull the boy out, Johnny died. After the burial, the dog refused to abandon grave, staying by it morning, noon and night. To this day, visitors to Woodland leave gifts at the foot of the grave for both the boy and his faithful dog. And if that doesn't tug your heartstrings, you ought to see a cardiologist. 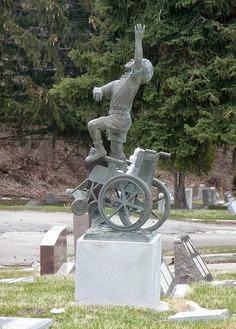 Born with severe disabilities on September 23, 1988, Matthew was only given hours to live. However, in spite of unimaginable odds, Matthew managed to live ten and one-half years, his courage and eternal optimism inspiring everyone he met. Thanks to his incredibly stirring gravemarker, Matthew Robison will continue to inspire for centuries to come. 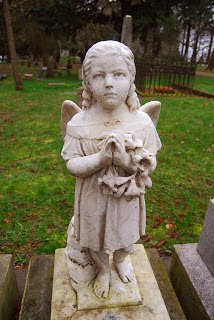 Ada Smith was just 6 years old when she died in 1885, and very little is known about her, which is perhaps fitting for Lone Fir Cemetery, which is home to over ten thousand unmarked graves. While there are thousands of angel statues scattered throughout Victorian-era graveyards, few are as mesmerizing as this statue, carved by an unknown artist. 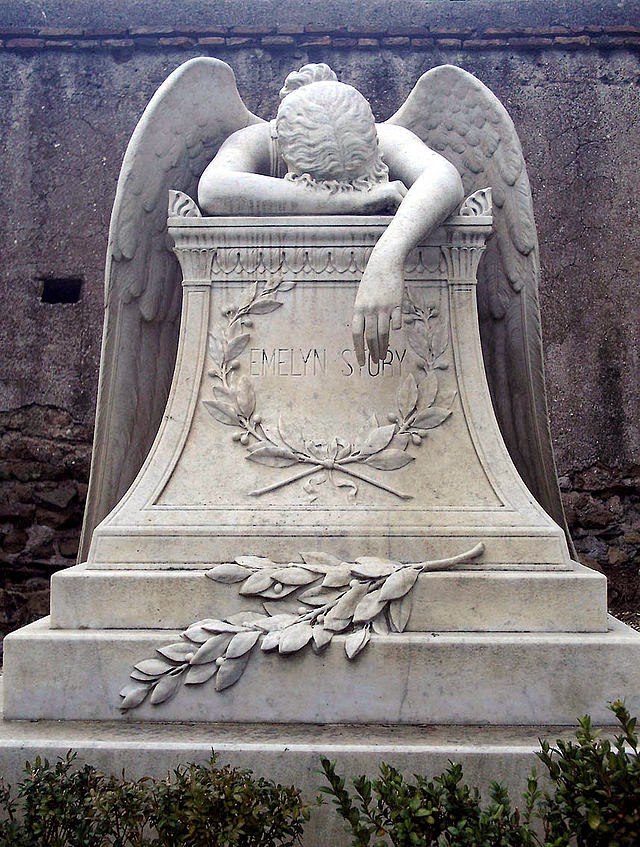 William Wetmore Story was one of the most influential American sculptors of the 19th century. His sculpture of Joseph Henry stands in front of the Smithsonian, and his statue of Chief Justice John Marshall stands before the Supreme Court. However, he is perhaps best known for "Angel of Grief", a heart-rending masterpiece that marks the grave of his wife, Emelyn.
cemeteries