Strange History: The undertaker who was bitten by a corpse 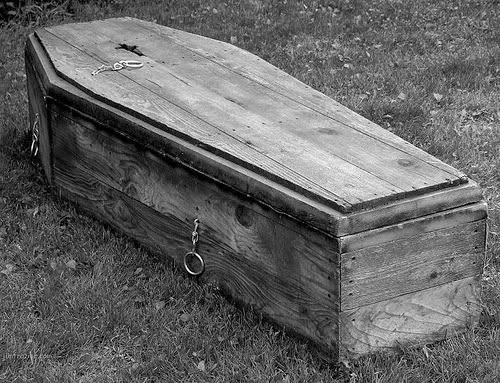 Those who lived in the 19th century faced numerous problems that are hard to imagine today: being trampled to death by a mule, getting run over by a stagecoach, contracting cholera and, of course, being buried alive.

When folks were buried alive, valiant (though often fruitless) efforts were made to rescue the unfortunate victim. Unfortunately, this wasn't the case with an eleven-year-old boy named Alexander Jones. What happened to poor Alex, you ask? Well, just read this newspaper article from December 16, 1873.